Bushmills presents: “Since Way Back” with Bon Iver 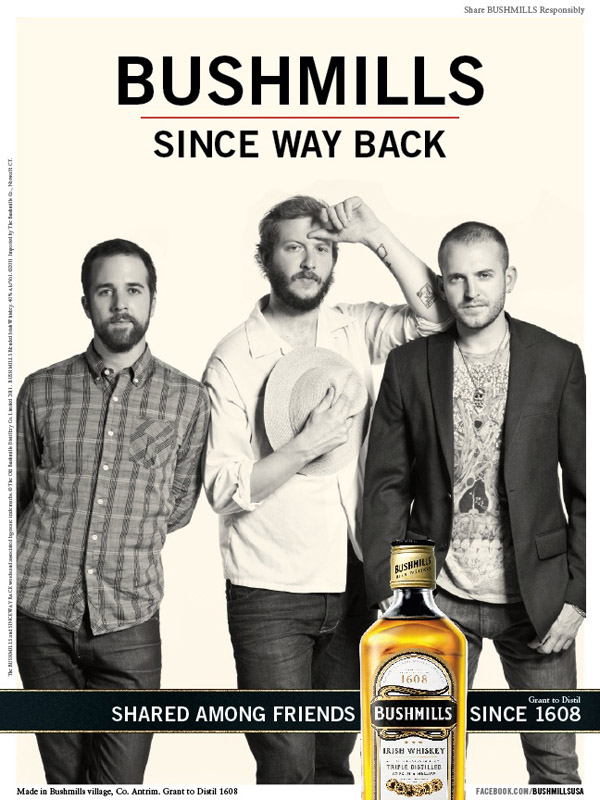 Bon Iver has joined the Bushmills Irish Whiskey presents “Since Way Back” campaign, which “celebrates the lives and brotherly relationships of artists and influences across the world, and collaborates with each to produce creative, inspired content that reflects each of his passions.” As part of the campaign, Bon Iver will appear in advertisements (above) and will also create some “custom pieces of music and art.”

Here’s what Vernon had to say in the Press Release:

“I owe everything to the creativity of my friends and neighbors who have all influenced and supported me along the way. Bushmills approached Bon Iver about collaborating with them on ‘Since Way Back,’ and I didn’t hesitate when I knew all of us – Nate, Kyle and Brian – could be involved. The way the campaign was presented to us, as a program that rewards groups of friends who have built success around what they love, made it feel right and appropriate for us to participate. The founders of Bushmills developed a recipe that lasts. We hope to do the same with our music.”

Also watch the Bon Iver After Party below. Enjoy.