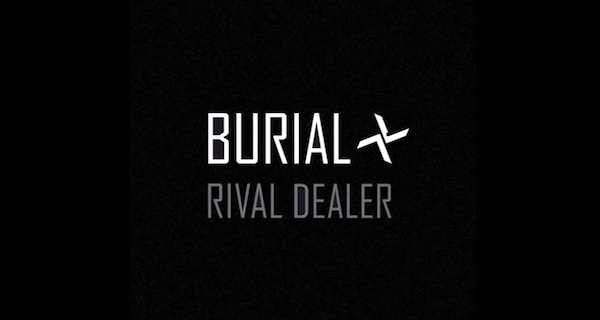 Following the release of his new track “Come Down To Us” last week (which you can hear below), Burial has released details of his forthcoming EP Rival Dealer, which is interesting, considering he’s generally pretty secretive about his releases.

He provided Mary Anne Hobbs of BBC Radio 6 with a message about the album which reads as follows:

“I put my heart into the new EP, I hope someone likes it. I wanted the tunes to be anti-bullying tunes that could maybe help someone to believe in themselves, to not be afraid, and to not give up, and to know that someone out there cares and is looking out for them. So it’s like an angel’s spell to protect them against the unkind people, the dark times, and the self-doubts.”

Listen to the title track below.