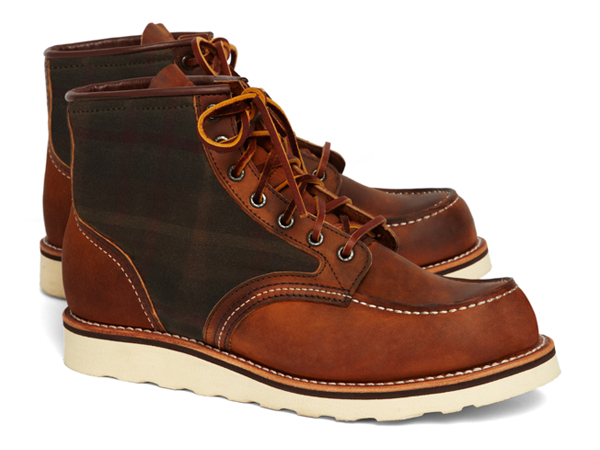 Two classic American brands have joined forces to create a spectacular version of the iconic 4553 boot. The Red Wing Heritage 6″ moc-toe cut boot has been given traditional Brooks Brothers detailing with a Halley Stevensons tartan plaid oilcloth in the middle section of the boot. The collaboration coincides with a series of events running through October and November at Brooks Brothers locations throughout the United States and Canada.  Take a look at the schedule below for Brooks Brothers location details.