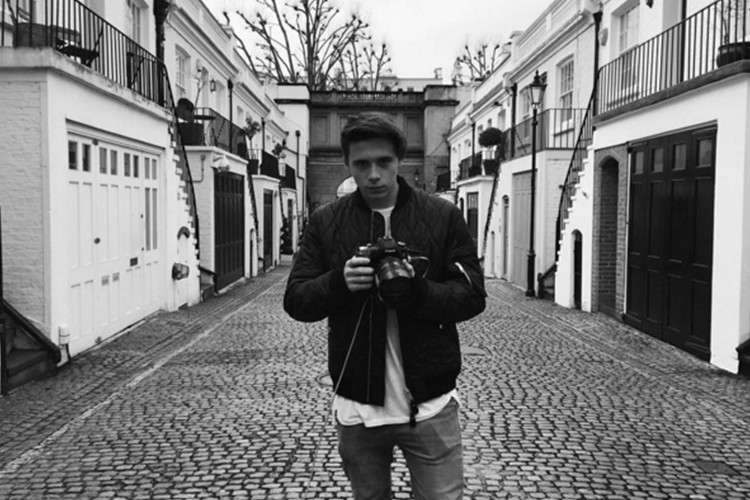 With last week’s news of a potential “InstaPit” at Fashion Week, we’re not too surprised to hear that Brooklyn Beckham shot the latest Burberry BRIT fragrance campaign over the weekend. Social media has become an increasingly important aspect of marketing for brands who’ve tuned into the fact that teenagers are running the online game. The Beckham’s aren’t new to Burberry and Brooklyn has modeled for the brand before. At only 16 years old and having just completed his GCSEs, young Beckham is uniquely positioned to not only understand what social media-savvy young buyers like himself want to see but also shine a bigger spotlight on Burberry’s advertising campaign.

Recruiting and fostering brand loyalty among Brooklyn’s peers and those who aspire to his lifestyle is a super smart move. And, hey, he’s not bad at it. It’s refreshing to see a heritage brand like Burberry embrace the new without exactly pandering to young people.

Check out  some preliminary photos and behind the scenes snaps of this weekend’s shoot below and judge for yourself. The fragrances launch July 2016.

Arrived on set. Ready to 📸 for @Burberry. @BrooklynBeckham for #THISISBRIT