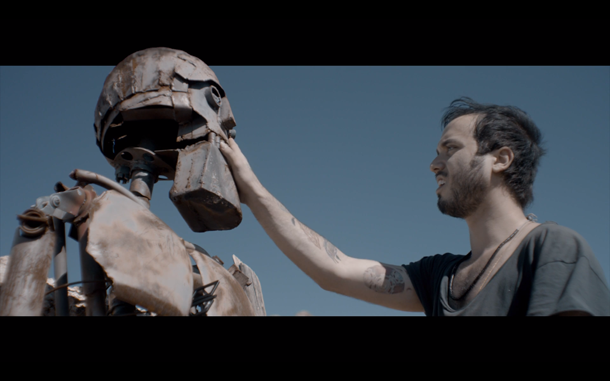 American record producer, singer, rapper, songwriter and musician Jordan Asher, better known as Boots, shares an incredible new short film titled Motorcycle Jesus. The 30-minute piece contains a bunch of new music from the Beyoncé producer, as well as new music from El-P and Carla Azar. The video was filmed in the Mojave Desert, with Boots working closely with director of photography Hunter Baker to set up every shot, making the film uniquely his own. If you are feeling brave or have a huge screen, the video was also upload in 4K HD (2160p) so the ultra hi-res experience.