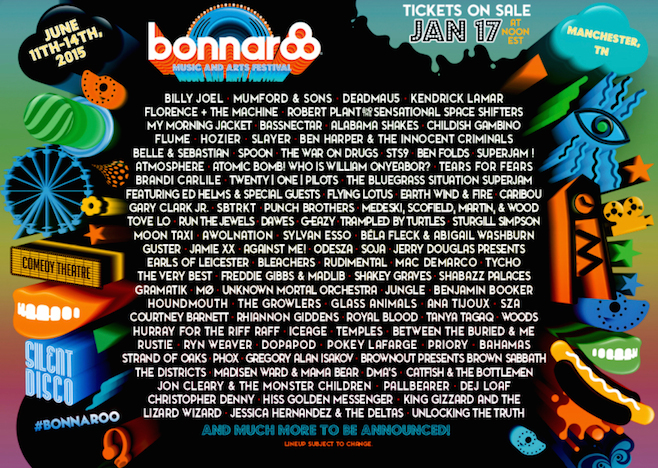 Earlier tonight Bonnaroo began announcing their 2015 line up via a 1-800 number people could call into to get the name of one of the bands, to then reveal via twitter and instagram using #Bonnaroo.

It painfully went on for hours after which they released the above visual, featuring the full line up in a much easier way to consume. Taking place in Manchester, Tennessee June 11th to 14th, Billy Joel, Mumford & Sons, Deadmau5, and Kendrick Lamar will headline. If you haven’t yet been to Bonnaroo before, it takes place over four days and features 150 performances including music and comedy across ten stages.