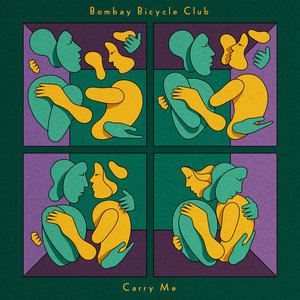 Our favourite North London band Bombay Bicycle Club has returned with news of their forth full length record, yet to be named, which drops next year on February 4th via Vagrant Records. The album promises to be their most diverse and ambitious yet, taking the longest to record so far and captured across their travels to India, Turkey, Tokyo, UK, and the Netherlands, and produced by lead vocalist Jack Steadman in London with the help of Mark Rankin who did the mixing and recording.

Lead vocalist Jack Steadman said “I feel like we’ve found the balance between making it interesting and intelligent, but also not highbrow or elitist,” and it really shows in the albums first single “Carry Me.” The record also features vocals from Lucy Rose, who sometimes tours with the band, as well as Rae Morris.

Listen to “Carry Me” below and watch our interview with the band from Osheaga 2012 below.