Blood Orange for Gap “It Is What It Is” 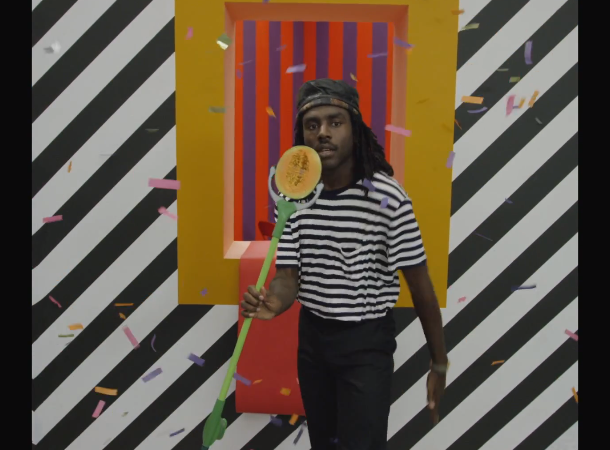 It’s not everyday you see someone sing into a cantaloupe, but Dev Hynes is a pretty cool guy, so of course he pulls it off in this new video campaign for Gap he stars in set to “It Is What It Is” off Cupid Deluxe.

As part of a campaign called Play Your Stripes, the video follows Dev through a colourful series of rooms where he sings (into a cantaloupe) and dances to his song, playing light up piano keys on his shirt. The campaign is also complimented by an interactive component you can engage in over at PlayYourStripes.com, allowing you too to wear a striped light up shirt.