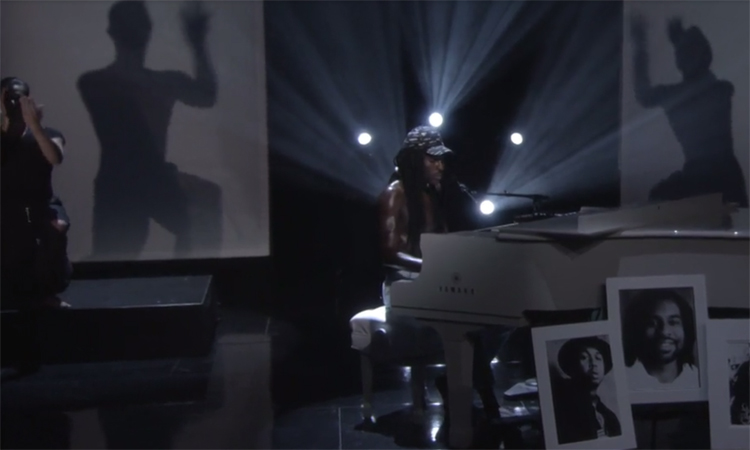 The ever smooth and always talented Devonté Hynes aka Blood Orange played Conan and it’s simply chill-inducing. Playing a mix of Freetown Sound cuts (his latest record which he dropped earlier this year), Hynes brought the moves and some delicate keys to “Augustine / Thank You” and rapped a new verse. Check out the new lyrics below.

Lyrics to the new verse I rapped on Conan last night ?? pic.twitter.com/KZZOBCOnNH

Tonight if you head to Tidal you’ll be able to livestream Hynes’ first non-festival show for Freetown Sound at the Ace Hotel Theater in Los Angeles. The show is called “Welcome to Freetown,” and will feature a performance of the album from start to finish along with some “very special guest appearances” – oooooo!

Watch Blood Orange on Conan above.

Freetown Sound is out now on Domino. Grab a physical copy here or download it via iTunes here. You can also catch Blood Orange live at the dates below.