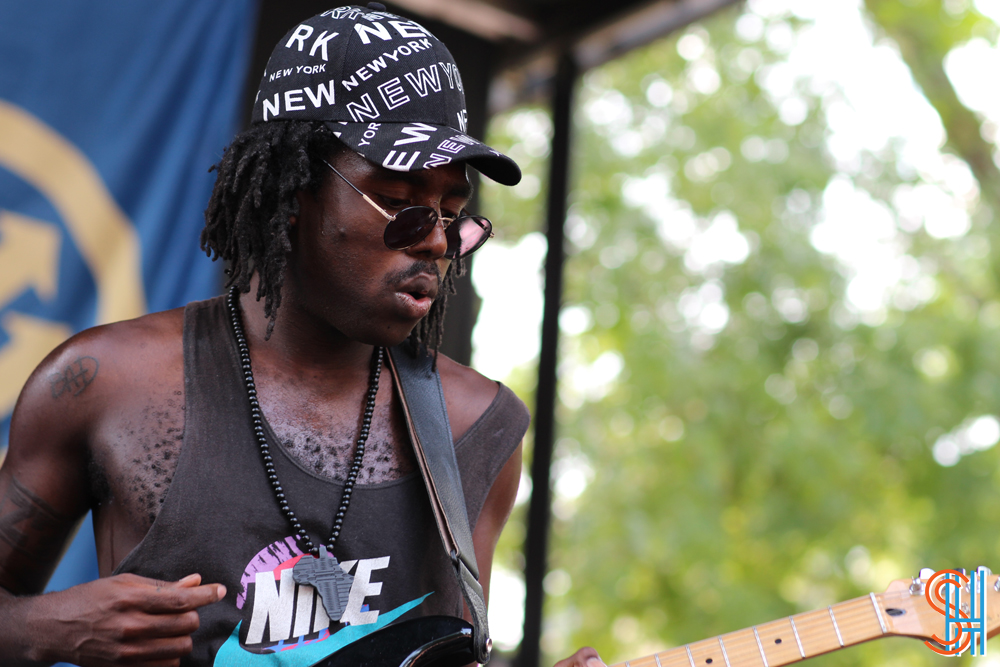 After Killer Mike’s Ronald Reagan rant we headed over to the blue stage for some chill tunes in the shade with Dev Hynes, aka Blood Orange. Last time we saw him perform live was to a small weeknight crowd at Toronto’s Garrison opening for CANT and even though the crowd was small, he sure as hell delivered one hell of a set, which included tossing and catching his guitar in the air mid song. He’s still got mad skills but his stage set up has changed drastically to include much of Solange’s touring band, instead of just him and his laptop.
He’s been driving friends and fans around New York to play his new record and we finally got a taste of what the it will hold with a couple of tunes including one featuring Chairlift’s Caroline Polachek who actually came out on stage for the unnamed track. They even played a cover of Sky Ferreira’s “Everything Is Embarrassing,” a track which he actually co-wrote, along with Coastal Grooves favourites like “Forget It,” “Sutphin Boulevard,” and “Champagne Coast.”
By the end of the set Dev was completely covered in sweat, as you can see in our photos below. Be sure to watch our vine’s below as well.