Biggest Auto Trends to Watch for in 2018

The push to electric cars continues but so does the way we experience our cars in general. Connectivity, innovation and practicality remain key components on how this experience draws into our daily lives—what’s outside the car can come inside and help form a new kind of mobile milieu. Last year, car companies were said to have sold an estimated 80 million cars worldwide and the future is shaping to see more of those cars being autonomous.

Google recently released its inaugural Automotive Trends Report 2018, surveying 1,000 people across three global markets. The report assessed habits in the U.S., Germany and Japan, considering user searches, trends and data. These three markets were selected because each have a high amount of automakers based in them. Combining some of what we saw in the report with further insights, we drafted up some thoughts and trends to look for in the automotive world, starting now. Some innovations may be in early development, some may be ready-to-buy, and others may be random additions that we can’t believe are a thing, but actually are.

Here’s some of the key findings we’ve noticed when it comes to auto trends in 2018.

Travelling with pets is commonplace among many and for Americans in particular, outfitting cars to accommodate their furry friends is of great interest. According to Google’s report, the average American is 36 times more likely to search for pet related items (aka dog hammocks or dog car seats) than the average German and 10 times more likely than the average person in Japan. Pets are family members too so creating a space for them to relish in (because they are so very aware) matters. The car industry is another space that can be easily marketed to and people spend big money on their pets (an estimated $44 million apparently). 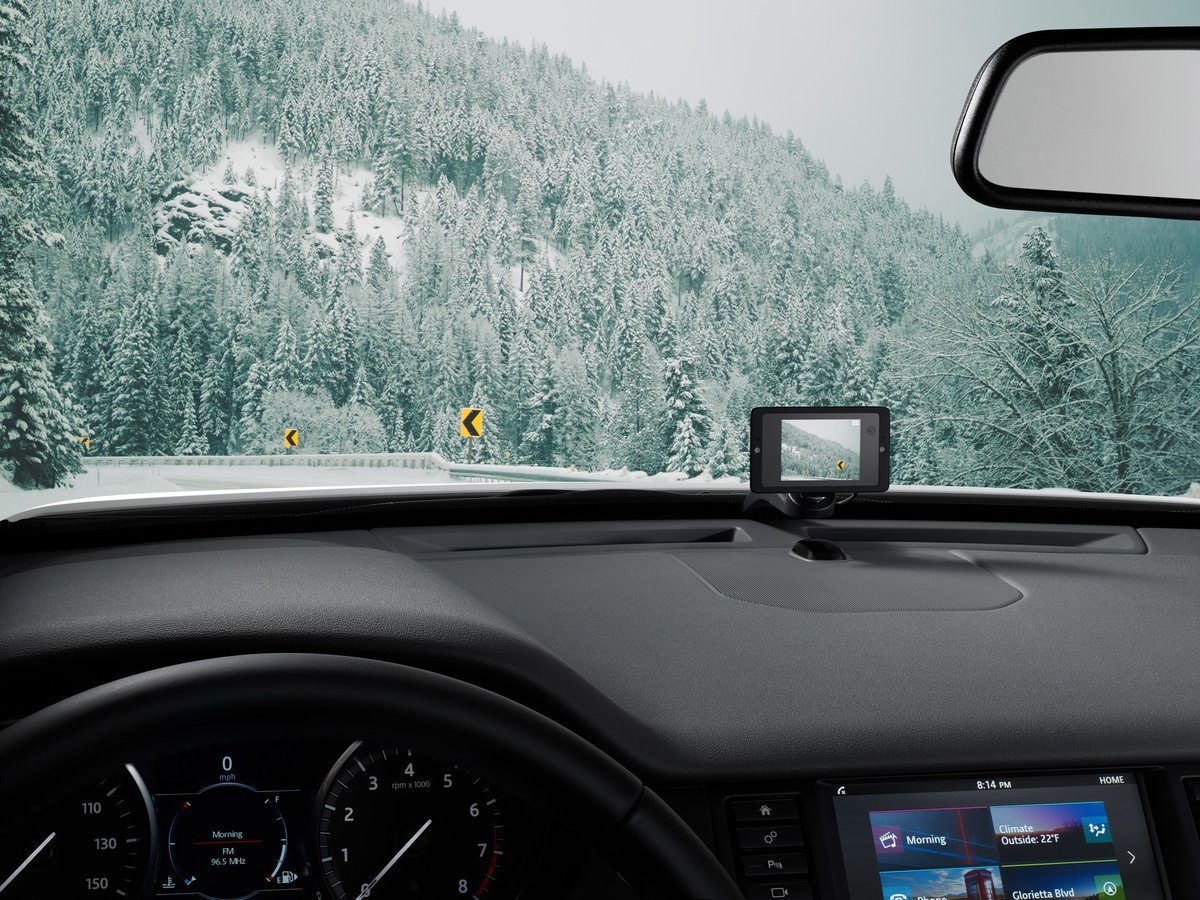 “Backup camera” was among the top seasonal search queries in the U.S., the report notes. “HD mirror cam” and “dash camera” searches have risen the most in recent months. It’s not just the U.S. though, Germany and Japan had similar search results. People are interested in safety while on the road and dash cameras are one solution—search volume for on-board cameras is said to be three times as large as that seen for autonomous driving searches.

Dash cameras can monitor varying angles and the interest in all-directional cameras has allegedly grown around 100 percent year-over-year across all three markets. Will we soon unlock our cars by syncing them to in-car cameras?

All three markets are concerned with surveillance and equipping cars with added recording capabilities could prove to be very useful, especially when it comes to theft or accidents on the road. Owl is one company that’s unveiled its own Owl Car Cam (“the first security camera for your car”), a LTE-connected security camera ready to record crashes and other infractions and can store 24 hours of video. It also sends alerts to users through its app, has built in WIFI, GPS, sensors that monitor even when the car is turned off as well as other goodies, plus it allows users to record and share their own weird moments. Who knows what footage will come from 24 hour time chunks and that’s why we’re apt to see more investment interest in 2018. Car manufacturers will continue to think about how to integrate on-board cameras into their vehicle design, too.

Germany saw the most interest in DAB (Digital Audio Broadcasting) and the report notes this is in part due to the country’s initiative to “convert all radio and television services to digital in coming years.” DAB-compatible radio is said to offer a more stable signal than AM/FM—who doesn’t want a better quality connection while they’re cruising? Auto Express just tested some DAB car radio adaptors in case you’re interested.

Leading the way in hydrogen technology with the #NEXO Fuel Cell. Join us at the Geneva Motor Show next week to learn more #GimsSwiss pic.twitter.com/55lmpz6R44

Self-driving cars will continue to shape discourse in 2018. Hyundai just showed its hydrogen fuel cell SUV, the Nexo, during the 2018 Pyeongchang Olympic Games. The vehicle only emits water vapour instead of carbon dioxide, which could then be converted into a drink and five self-driving prototypes were on hand in Pyeongchang, South Korea. Apparently the Nexos were able to get to 70 miles per hour and they’re expected to be know how to park with or without a driver in the vehicle. In an interview with The Independent, Hyundai UK’s president and CEO, Tony Whitehorn touted the Nexo as “A car with autonomous abilities, that could have the future potential to power household appliances and that has a by-product pure enough to water your plants.” Although it was said to be a few years out, looks like autonomous cars may be coming into our lives sooner than we think, well at least in California. Companies like Cognitive Pilot, Ford, Tesla and Audi are also cashing in on the autonomous car market. Tesla reported its crash rate dropped 40 percent after installing its Autopilot software.

Check out the Hover Coupe flying concept vehicle too.

Solar powered sidewalks may just be the future and wouldn’t that be helpful in charging cars?

Through innovation, comfort and safety, the automobile market should continue to excite in 2018, reminding us that the future is closer to reality, perhaps more than we initially thought.