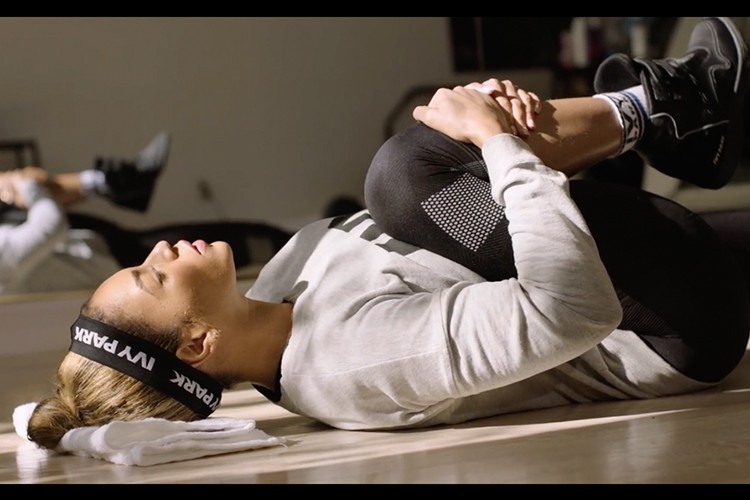 Beyoncé has been grinding since she was a pre-teen, very aware of what she wanted and who she wanted to be. Her new athleisure line Ivy Park pays homage to that hustle. The site reads “Ivy Park is merging fashion-led design with technical innovation, creating a new kind of performance wear: modern essentials for both on and off the field.” Beyoncé was inspired by early workout sessions and runs at the park with her father. The park became a state of mind for her.

Ivy Park will be available worldwide online and in-store at Hudson Bay, Topshop, Nordstrom, Zalando, Selfridges, ​JD Sports and Net-a-porter starting on April 14th. See the visual above. Our favorite part is that she’s running on a treadmill in heeled sneakers.