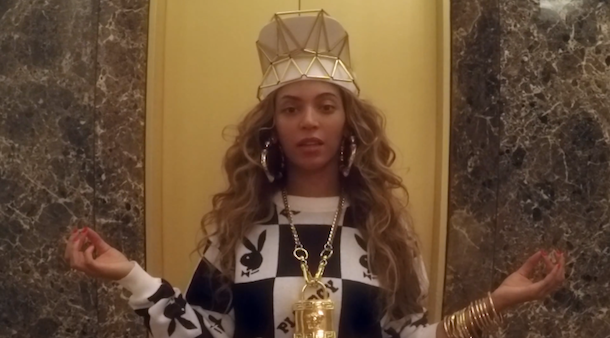 So Beyoncé broke the internet with her sheer amazingness and her epic booty earlier this weekend. We thought we’d share the video for “7/11” with you because it’s pretty awesome.

Shot in a random hotel on the balcony, in the bathroom, and in the hallways, Beyoncé shakes her booty in various pairs of underwear and a bunch of awesome sweatshirts including one that said Kale on it (we’re with you Beyonce, Kale is awesome).

Watch below and be sure to pick up her deluxe edition of last year’s self-titled tomorrow.