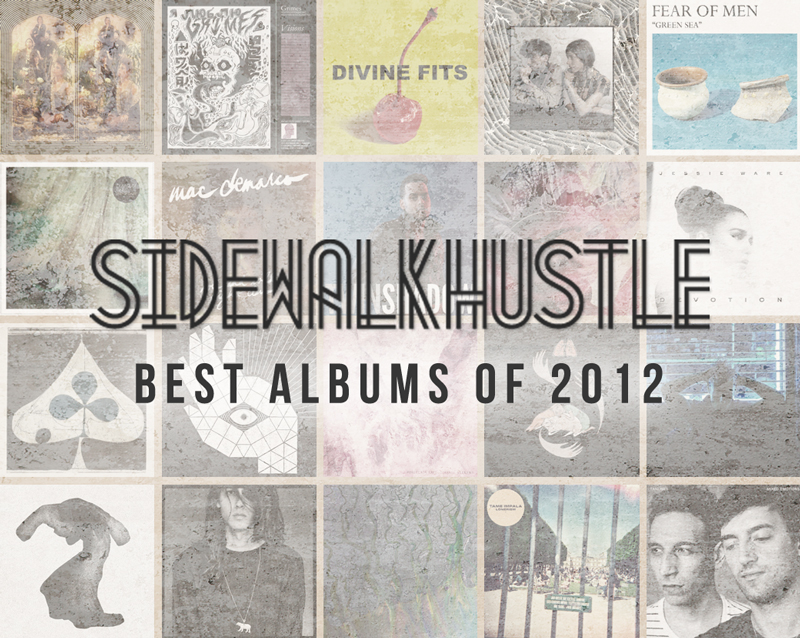 As another year comes to a close I’ve taken a moment to reflect on some of my favourite full-length albums from 2012. I’ve ordered them in such a way that probably seems rather biased to most, starting with Jessie Ware’s Devotion, still on heavy rotation at number one, to another well-loved debut from Brooklyn’s Tanlines at number ten. Sitting in the top three we’ve got Grizzly Bear’s finely crafted album Shields, which made our love for them eternal, and Adam Bainbridge’s debut as Kindness with the album World You Need A Change of Mind. Chairlift’s second full-length album Something, Purity Ring debut Shrines, Grimes’ breakthrough third full-length Visions, and Chromatics triumphant come back album Kill For Love sit perfectly nestled in between. I rounded out the top ten with Twin Shadow’s second album Confess, which everyone seemed to love just as much as last years debut Forget, and the hard to hate Brooklyn 6-piece Friends’ full-length Manifest!, which I’ve been waiting for some time to surface.

The honourable mentions section exists because a top ten just simply isn’t enough for this indecisive music lover, so a few more of my favourite albums from 2012 are there, in no particular order.

2012 also saw some shimmery debut EP’s from emerging Twin Shadow vet Rush Midnight, the ever buzzing Haim sisters from LA (set to release a full length in 2013, sure to make our list next year), New Orleans indie rockers Generationals, Brighton’s fuzzy lo-fiers Fear Of Men, and of course another excellent EP from Dum Dum Girls.

Without any further explanation, here are my top ten albums of 2012.