In April 2017, Robert De Luca started a project inside a laundromat. He used the space as a necessary creative outlet (in addition to his band) that distracted him from what was going on in other areas of his life. It was anticipated to be a small mural, but fast forward to a year later and small is anything but what you see. 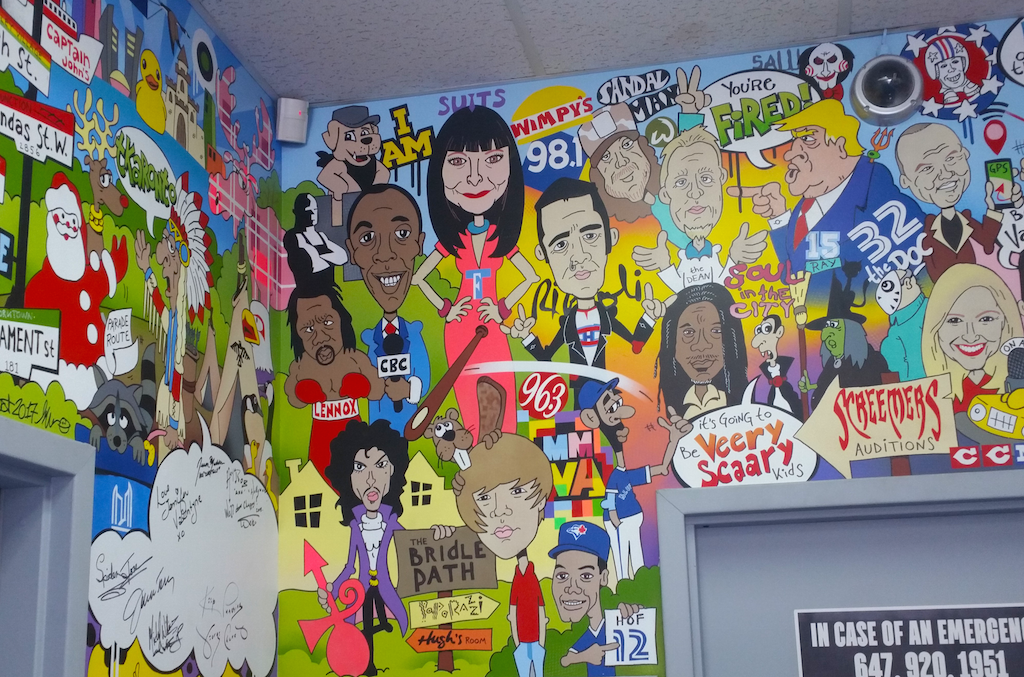 The mural is located at the Monte Carlo Laundromat in North York.

So, exactly what do you see?

How about 500+ pop culture references collaged with cartoons and phrasing throughout the laundromat’s walls, each entry having a connection to Toronto’s city and culture.

#The6Mural, the 90-foot-long, 1.5 metre high mural, has become a word of mouth attraction in the city with the likes of Toronto mayor John Tory, fashion icon Jeanne Beker and Dragons’ Den investor, Michael Wekerle among the names that have already supported the large-scale installation, which is located in an inconspicuous strip mall in North York. Athletes like Roberto Alomar are among the expected guests.

Call it a collide of culture with the functionality of a working facility: do your laundry like a normal human while eye-gazing at hilarity and having umpteen moments of reflection (you know the “ah that’s…oh look…oh I remember that show…is that?!” moments).

The visuals are bright and bold, easily spotted no doubt, but don’t expect to see much of De Luca during normal business hours—his work starts at midnight and goes throughout the night—when noise is minimal. One of perks of being a co-owner of the plaza.

“Basically anything that has to do with the city of Toronto, guests that have come here, famous names that have lived here or put Toronto on the map in some capacity, are represented,” De Luca shares with Sidewalk Hustle. 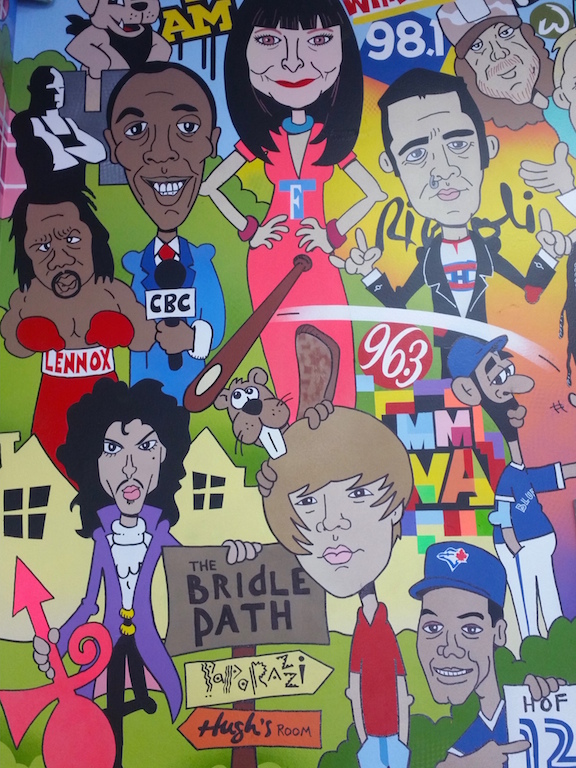 Everything is done using spray paint, and after De Luca does the initial sketch he then begins shading. It’s a real process to get to the finished product. He’s dedicated over 700 hours (and counting) of his time already and invested thousands in supplies. 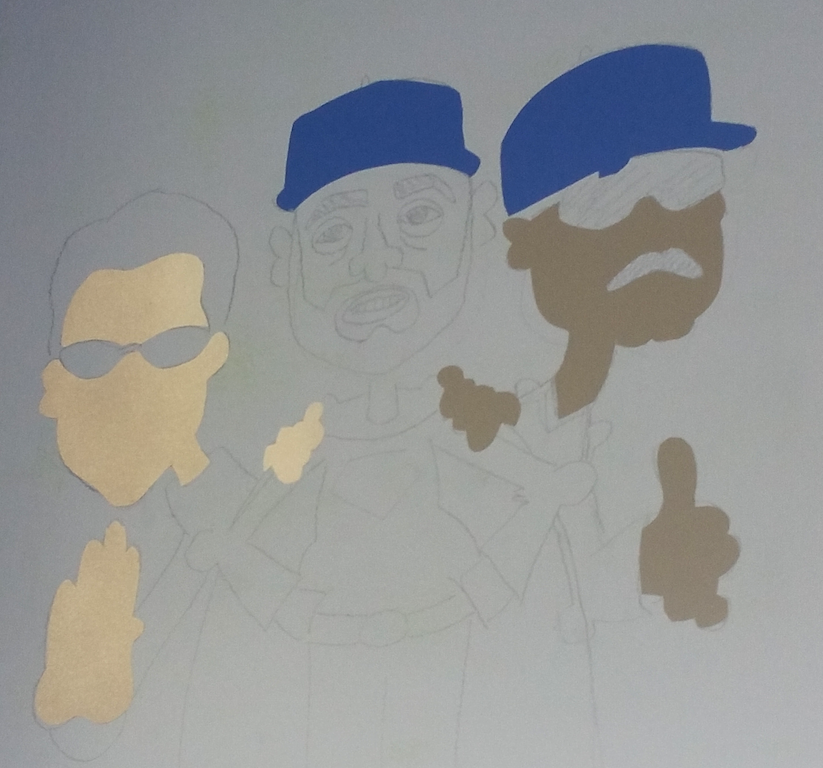 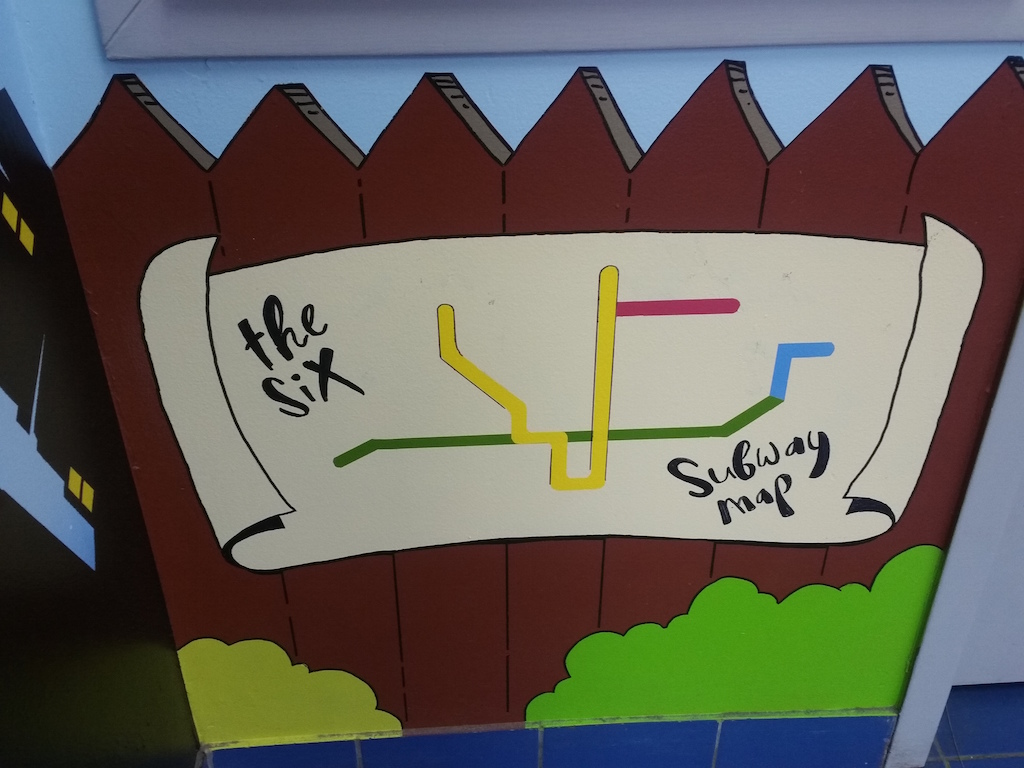 “I start at midnight and usually go until 5AM. I don’t leave until I’ve completed what I set out to do that night…I’m always looking at the walls and examining my work,” De Luca says.

He is a creative indeed. “I’ve been a cartoon artist since I was really young, I took a cartoon course at George Brown after high school, which was great too. I’m a graphic artist, musician…I do a lot,” he says laughing.

Expect to see images of Drake (not in a wheelchair), Ed the Sock, Deadmau5, Vince Carter; television shoutouts to Catwalk (total flashback!), Suits, The Simpsons (they made references to Toronto); and venues like Ripley’s Aquarium, Hugh’s Room, Rivoli and the Horseshoe among the colourful references. There’s lots of jokes too.

But, after a year of dedication De Luca says he’s not done yet. He’s relishing in the support and interest this has lured people to his neck of the woods and hopes more of the talent featured (yes we’re talking Drake) will come out and support the work.

“I’m just so excited about it all and how much everyone seems to be enjoying the work,” he adds. “People come down and then get to relive Toronto’s past and present, it’s just really cool to be part of this and see so many people getting excited about it too.”

De Luca has even started his homage to the deadly attack that struck Toronto this week at Yonge and Finch. This is really a #TorontoStrong kind of installation and we’re proud to share his work. 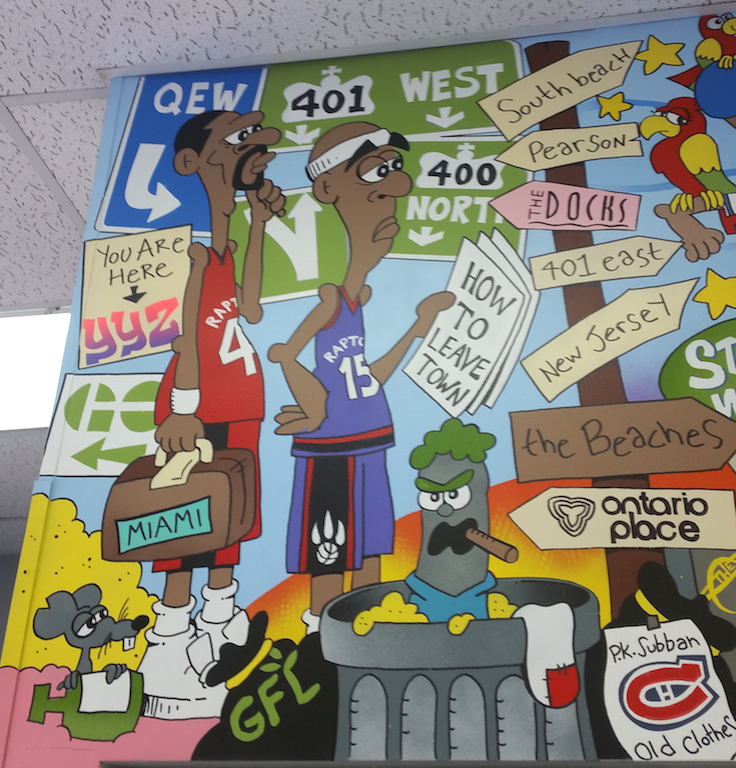 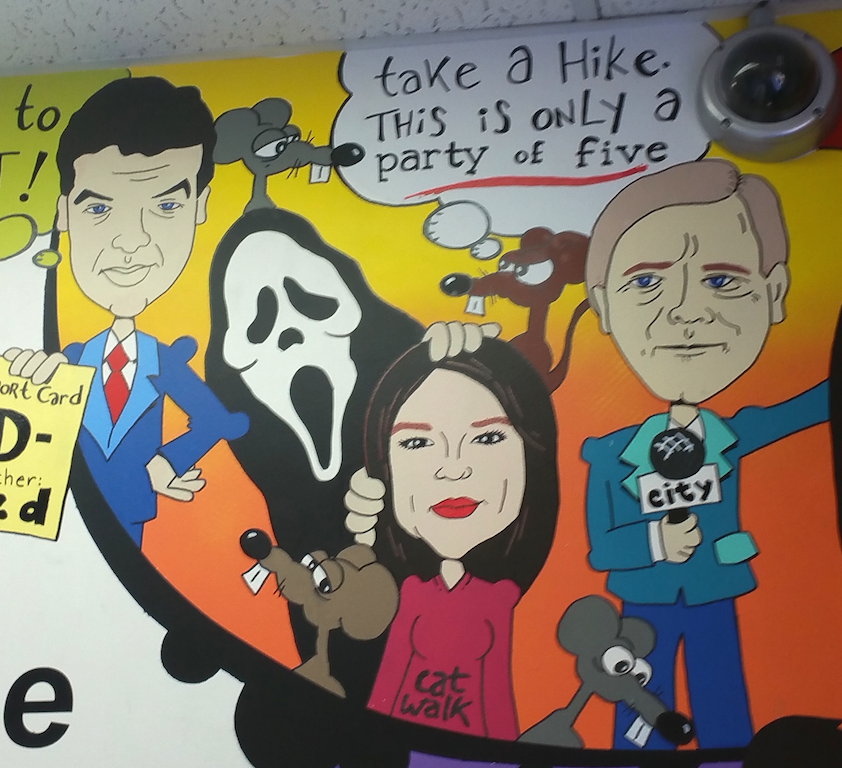 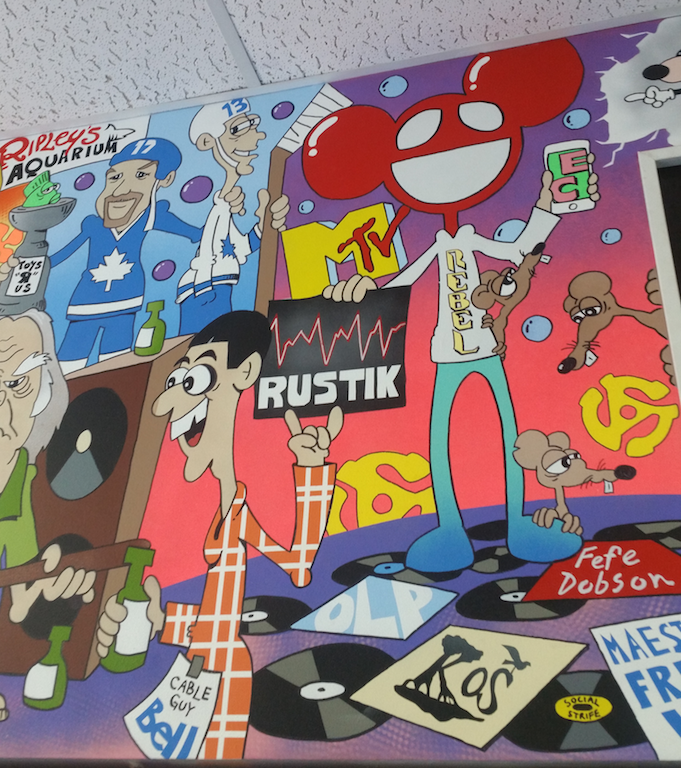 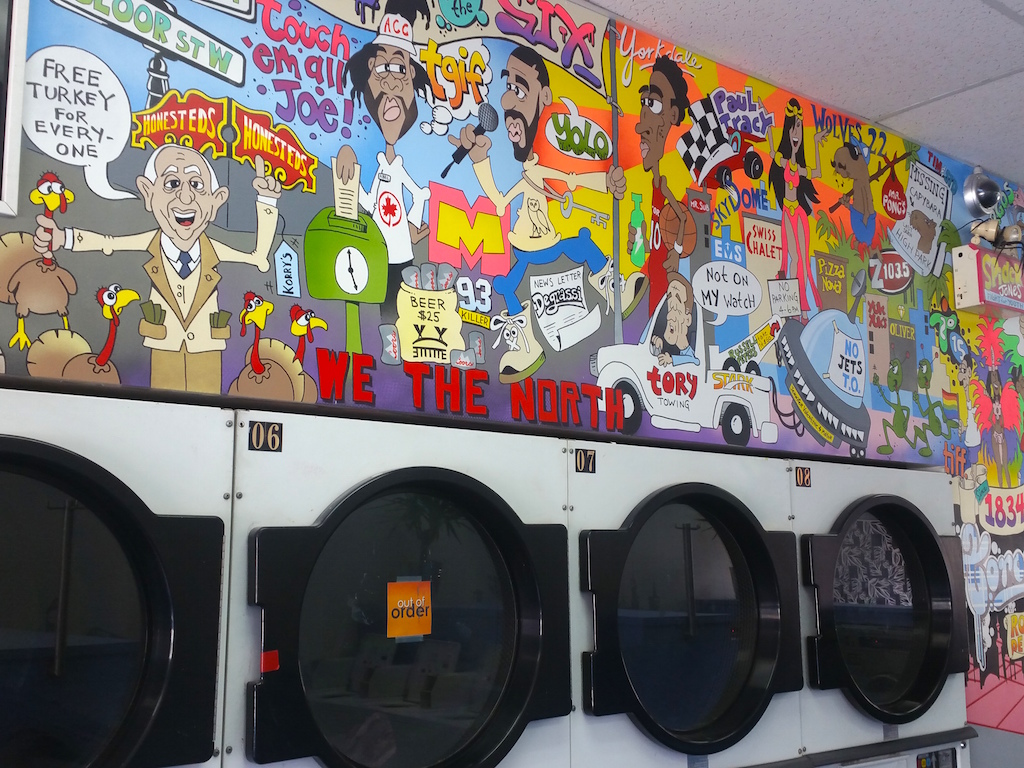 De Luca says he plans to have things completed by July 2018, but don’t hold him to it as you never know what his next move will be, and that’s exactly why we’re so smitten.

Show your support for #The6Mural by following the progress on Instagram.

Better yet, if you live or are visiting Toronto head over and check it out in person.

Photos (except featured photo) were snapped by Kathryn Kyte.