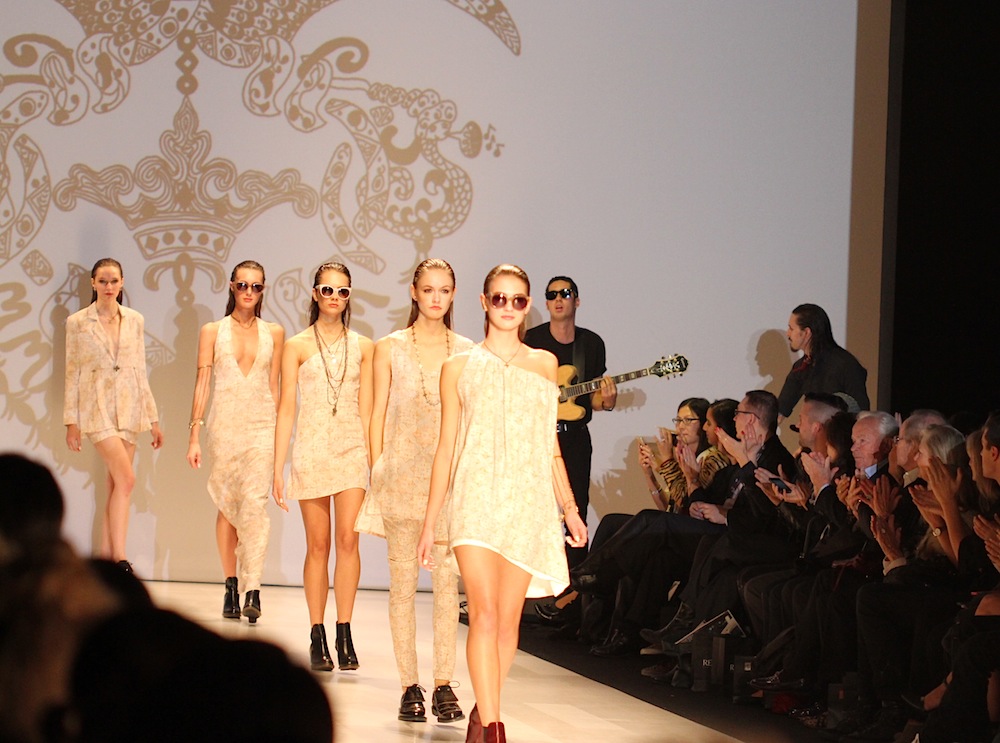 Beaufille officially opened Toronto Fashion Week under their new monicker which translates to “handsome girl.” After spending the summer festival hopping the casual boho vibe of the collection is definitely something we can get down with.

The show opened with a band walking out on the sides of the runway to play ambient surf rock to setting the scene, models in a sea of soft silhouettes, plunging necklines and short hems casually and cooly strutted. Keeping it pretty neutral in colour palette, the looks were mainly cream with little gold accents, some light graphic lace print, a pop of olive green, and the last grouping of models in a woven metallic silk brown backlit with pops of blue.

There was definitely a hint towards Chloe Comme Parris, seen in their signature cut out pattern in nearly every garment; a nod towards past seasons, especially their grunge inspired FW 2013 collection.

Take a look at what you can expect from Chloe and Parris Gordon in the warmer months of 2014. 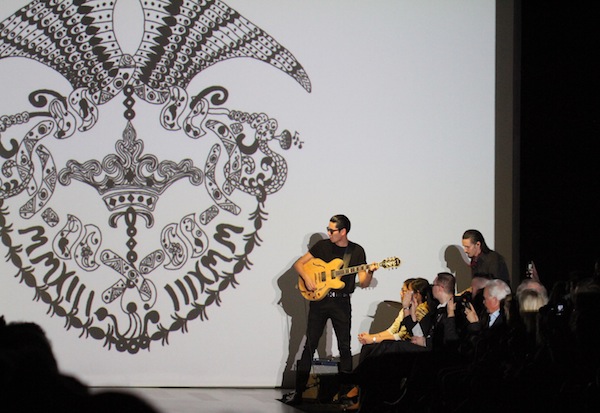 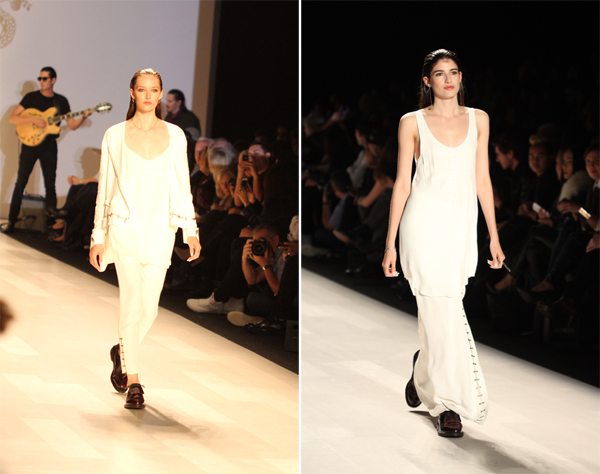 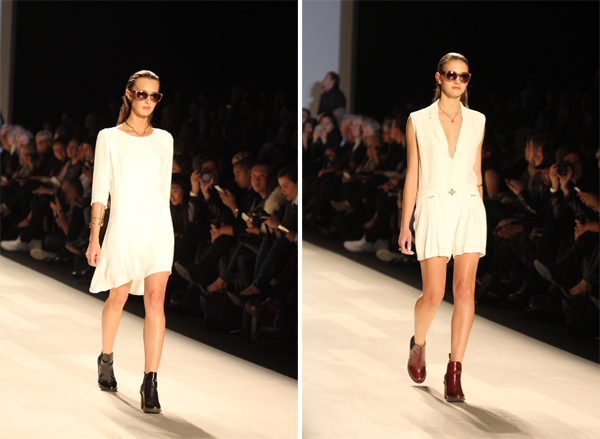 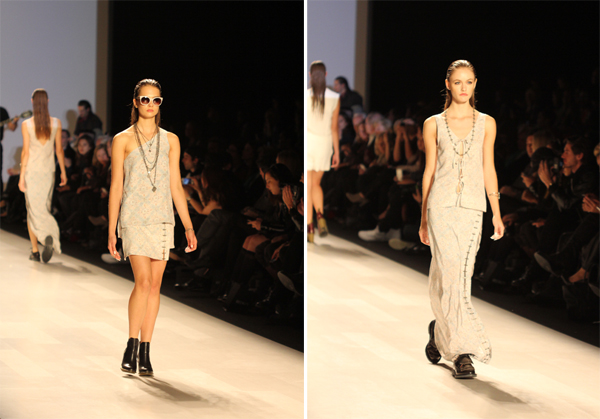 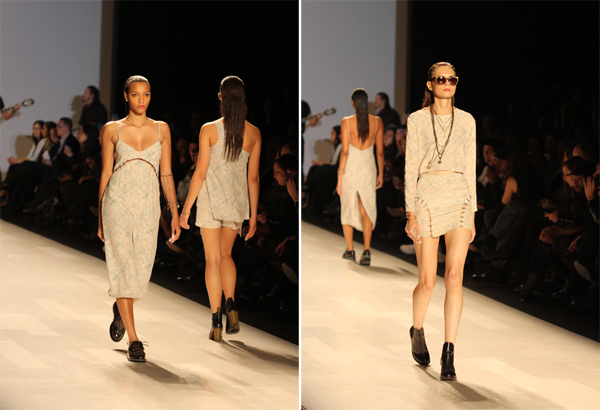 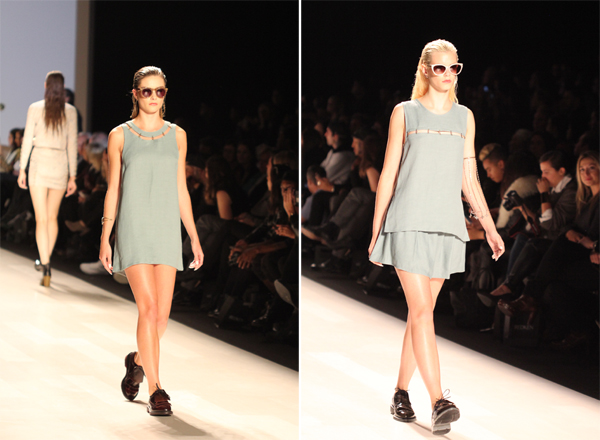 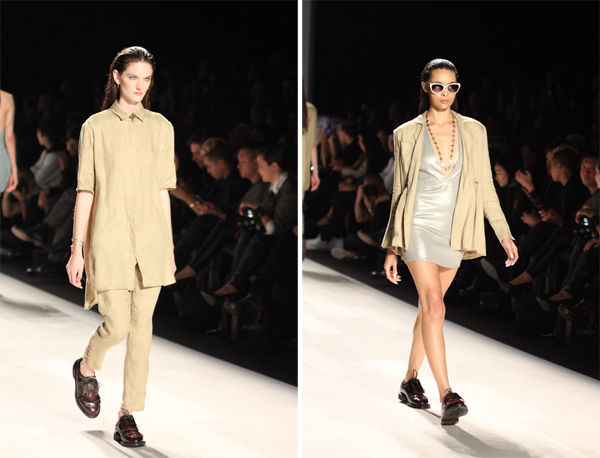 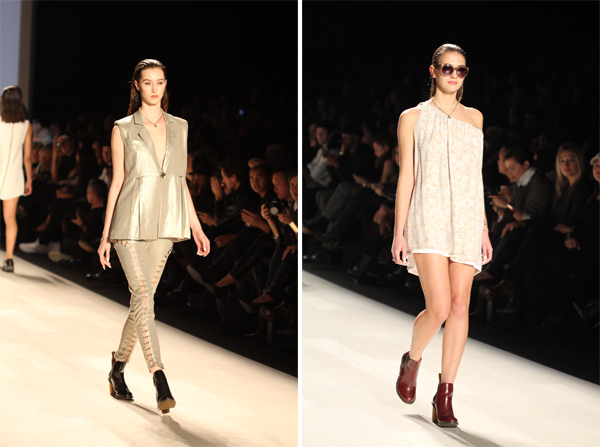 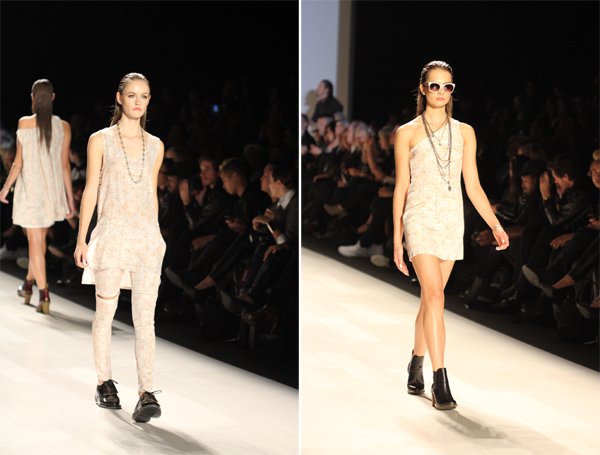 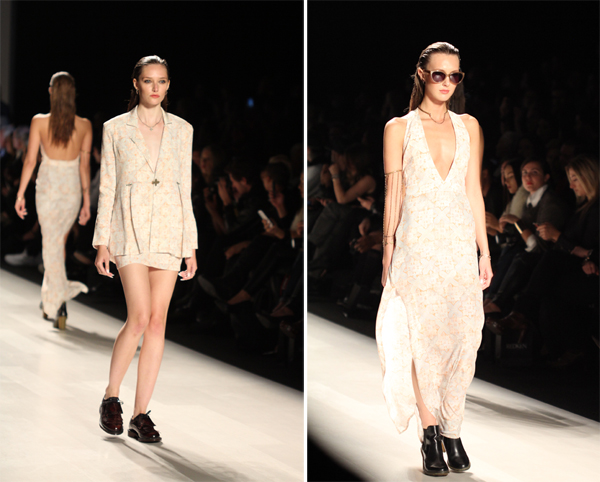 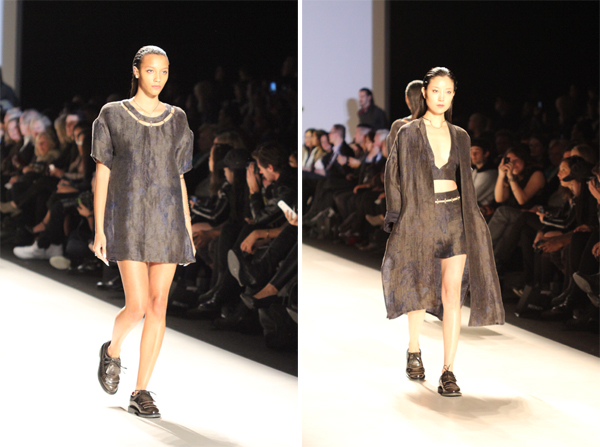 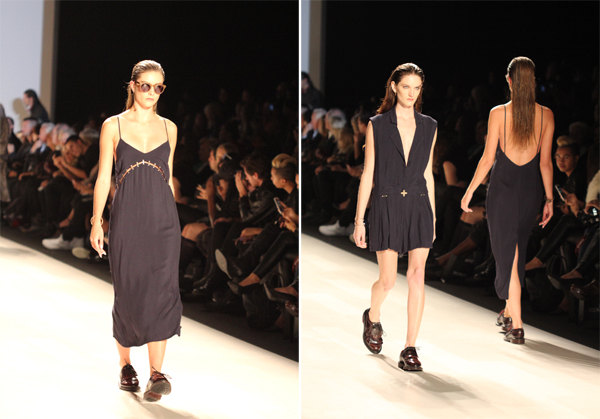 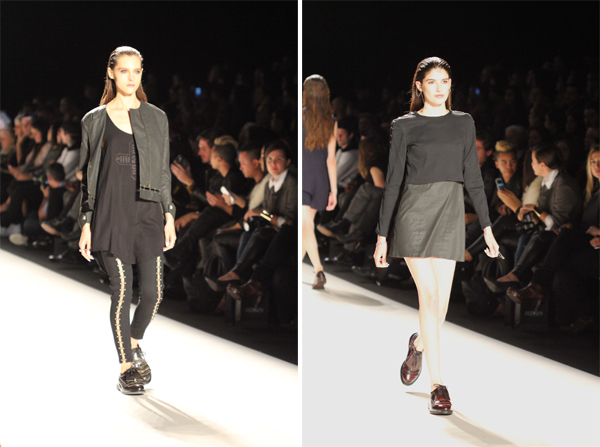 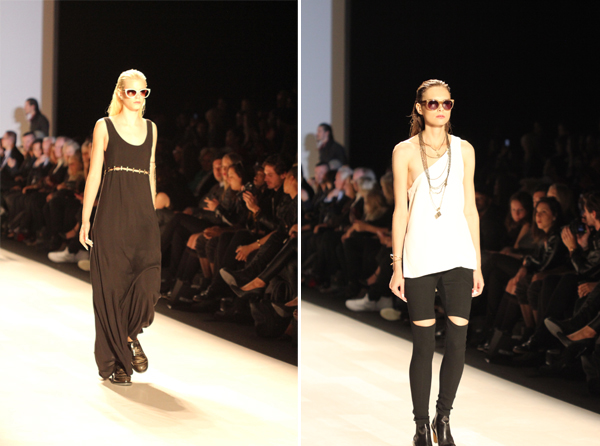 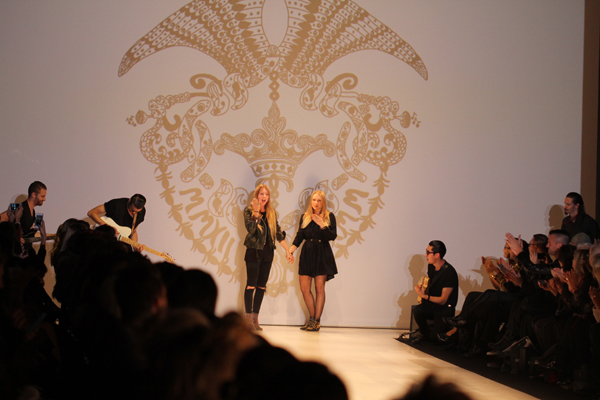