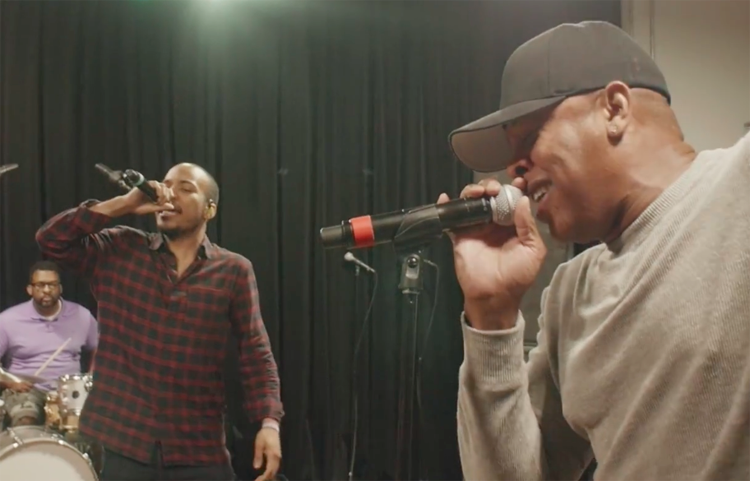 Earlier this month, the West Coasts newest big star, and recently signed Aftermath singer Anderson .Paak performed at the 2016 Coachella. Coming armed with his mentor Dr. Dre, we now have a unique behind-the-scenes look at the process in getting ready for festival courtesy of Beats by Dre. Of course. The video above features a bunch of cool footage of the band, but the coolest is the rehearsal in Dr. Dre’s private studio, practising for their “surprise” first performance together. Watch above.