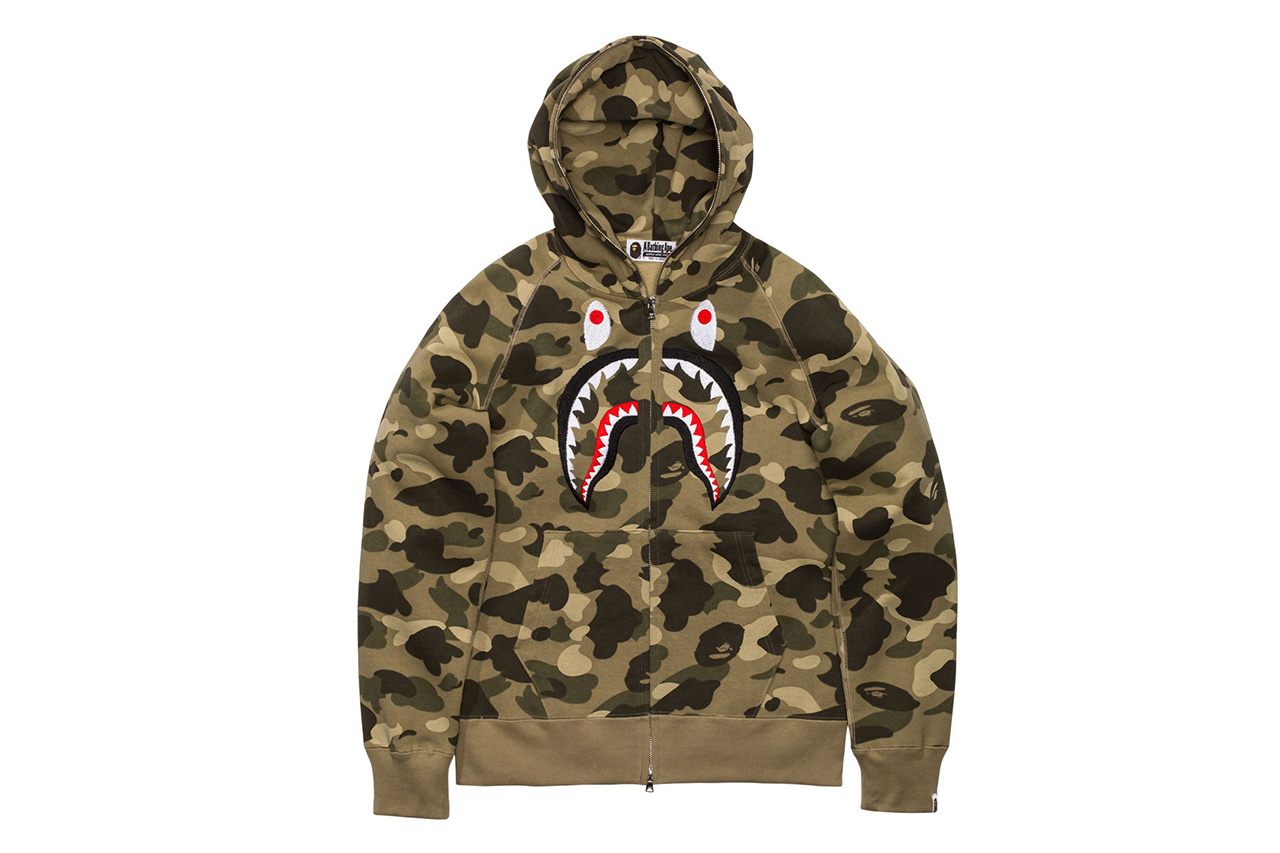 It’s been 12 years since A Bathing Ape first released their full zip Shark Hoodie, and they’ve decided to re-release the best seller in 4 camo colourways. Released as part of BAPE’s Summer 2016 collection, the original Shark Hoodie still has a full frontal zip (creating that shark-nosed mask we all recognize) but features a full-bodied camouflage print in traditional green or blue, red and purple varieties. Grab yours today before they all sell out at bape.com as well as in BAPE stores.