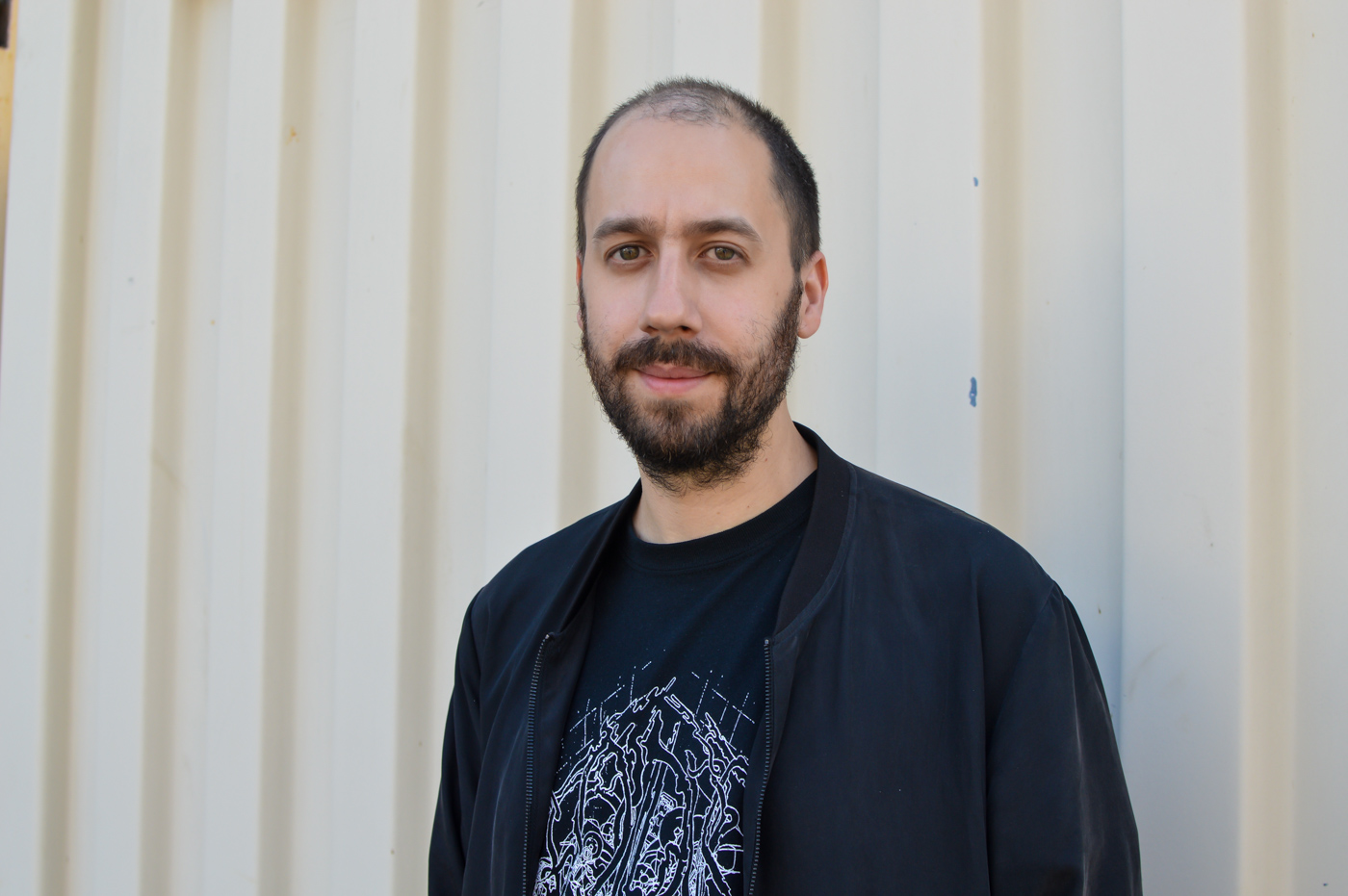 We sat down with UK electronic producer Gold Panda at FYF Fest last month and had a nice, long, honest chat about the making of his fourth studio album Good Luck and Do Your Best. We also chatted about his new book and other side projects with photographer Laura Lewis, and his love-hate relationship with touring.

Read excerpts from our interview below now.

Sidewalk Hustle: How are you today?

Gold Panda: I’m okay, yeah! I woke up, ate some tacos, played some records at a friend’s house.

SH: Nice! Do you come out to LA often?

GP: Uhm, yeah? I think I was here in June? At the Echo? I think it was June, I can’t remember now. But I never really stay that long. My girlfriend’s in town this time, and it’s my birthday in a few days.

SH: You think LA’s going to inspire a sound for you?

GP: America in general scares me, it’s like, massive.

SH: But for Gold Panda, your whole project is inspired by Japan! especially your new album Good Luck and Do Your Best. Did you travel with Laura Lewis just with the intention to make a new album, or was it just a visit?

GP: Yeah, it was. Well, actually there was no pressure to make a record. I was on a label called Ghostly International – they’re from Ann Arbor [Michigan] originally, now they’re based in New York. I’d completed my contract with them where I did two albums with them, couple of EPs. I was like, ‘do I need to make a new record?’ And then I ended up going to Japan because I’ve studied Japanese, I have lots of friends there, and that’s just my place to go and relax, and decompress. I try to go twice a year to go see friends and family, so there wasn’t really any pressure to do anything. But I thought like, ‘well, what’s an excuse to go to Japan and spend time there? I’m going to try to do some recording or something.’

And then I was introduced to Laura Lewis, which was maybe about doing a documentary about gigs or whatever, and I was like, ‘that’s a shit idea! Let’s just go to Japan and take loads of photos, make lots of music.’ So that’s what we did.

GP: Originally I did loads of film recordings, she took loads of photos, and we were going to release that. And I just started making a record, and I ended up doing that. I still have all of these really good film recordings that I want to do something with.

I’m also doing a book, also called Good Luck and Do Your Best. Should be out in the next couple of months. Just been printed, we got the final copies back, and it’s really good. 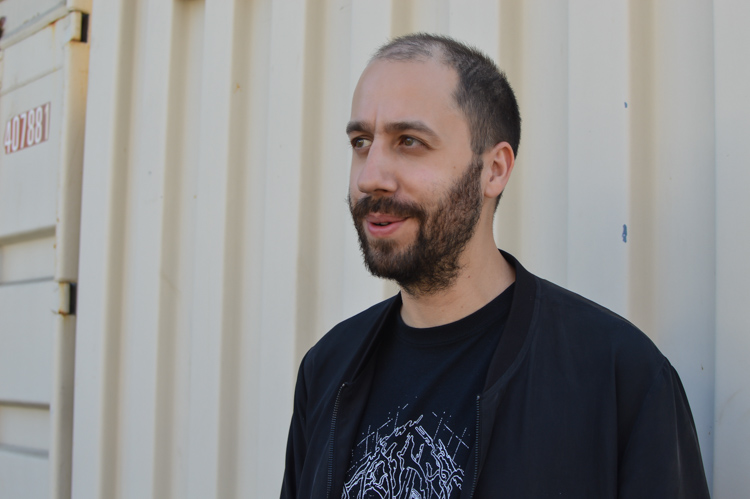 SH: Nice! Can’t wait to see it. We know from other interviews that we’ve read, you’ve made a ton of music not with Gold Panda in mind. Have you ever had intentions to create a whole new project with these sounds, and do these sounds differ a lot from what content you make for Gold Panda?

GP: I guess to me they sound different, but other people might say they still sound like me. And I think it’s hard to hear your own sound sometimes. I have a few projects! I’m hoping to start a band with Laura and a couple of friends. And then, yeah, I have a few other ideas that I want to kind of elaborate on. You know, I started Gold Panda when I was – it’ll be 10 years in 2018.

SH: Move onto something new.

SH: Okay, so you don’t want to feel stuck in a project.

GP: Yeah! I mean, you could just reinvent yourself every album. Maybe from now on that’s what I’ll do, but, no, there’s definitely another Gold Panda record waiting to come out.

SH: Maybe after your new project, and that can reignite it.

GP: Yeah! I just don’t want to be tied to one thing forever.

SH: Well, as Gold Panda, how does it feel to play new material for your fans?

GP: It’s good, yeah! It’s like, I mean, I thought I was finished. And then I just ended up doing another record and people liked it. I was like, ‘Oh, I can still carry on.’ So, you know, it’s good! Like, I don’t hate it–like, it’s not like, it’s the end and ‘I quit!’ It’s like, ‘Oh, okay, people still like me, and they still buy my music, they still enjoy it, they still come to the shows.’ So yeah, I just carry on for a bit. But I don’t wanna just do it because, you know, for other people. I want to be like, I wanna be happy with it.

SH: ‘Cause the people can tell when you’re on the stage and you’re into it.

SH: And they can feed off your energy.

GP: But you can’t be into it every show. It’s knackering, like, it’s tiring to be so overly happy and positive, you know? Especially if you’ve done a 12 hour drive from somewhere to somewhere else, and you get there, you have to set up, you have to be nice to people, [laughs] and you have to play a show… it gets tiring very quickly. It’s not that I don’t enjoy it, it’s just that I’m not the kind of person who–I don’t think I’d choose to do shows, if I had the choice.

SH: You’d rather be just a recording artist?

GP: Yeah, but– you know, let’s say 40% of the shows you do you really, really enjoy, so then it’s probably worth it. When you do a bad one, you hate it and you want to die. And then, you know, you’re gonna have bad shows.You can’t think that the shows aren’t gonna be like that. They can’t all be great. If you look at people’s, DJs on particular–look at their Twitter and things, they’re like ‘Last night in blahblahblah was great! It was amazing!’ and it just can’t be! It can’t! There’s no way.

SH: Even as a fan and we see that, it’s like, ‘Your tweets are exhausting.’ [laughs] 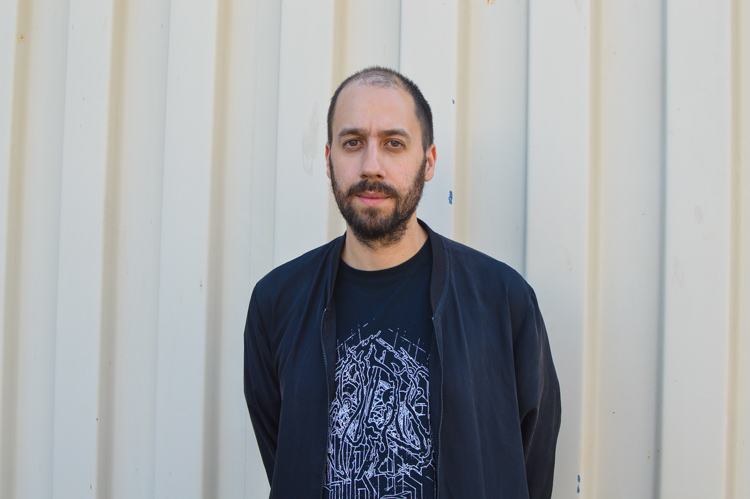 SH: What’s your favorite city or particular venue that you’ve performed at?

SH: Yeah, your favorite venue or city to perform in.

GP: Uh… I–I don’t know, that’s really hard. It depends on the crowd, and sometimes the crowd can change from day to day. We did two nights at the Independent in San Francisco. The first night, it was kind of alright. I didn’t feel people were really into it. Second night was a Friday night. Everyone loved it, and I really enjoyed it! It was just a completely different feeling. Same venue, same city, same set, so, yeah, I think it’s less–a lot to do with the shows. If it’s good or not, it’s completely out of your control. But, Kalamazoo in Michigan was really good.

SH: That’s a random place! Was that for a school?

GP: I don’t remember the venue, it was cool. It was like a college town, so a lot of young people, and that was when I just started, so I guess people were excited. I was supporting someone else, so they weren’t there for my show. I was supporting a rock band called HEALTH! Do you know HEALTH?

GP: Yeah, so I know those guys quite well now, and we hang out and stuff. Uh, I like Neumos in Seattle. I mean, yeah, there’s just loads of good venues around the world. I think it’s more–when we were playing in the Philippines, the crowd was really good. I never remember the venue names. I think my tour manager, not this one, but I have another tour manager from the UK–he’s really into the venues. He remembers everything. I just forget. “Where was that, mate?”

SH: So, your tour schedule is packed from now until October. Do you have any plans on how you’re going to decompress, and what are you looking forward to after that?

GP: I decompress with, well like, I keep my sanity by watching films on planes, and playing my PS Vita. Drinking tea, like making time to sit down and have a cup of tea, and just think, not do anything, is really good. You can do that in a van if you’re driving. But if you’re on a plane, that’s quite difficult. If you’re in a club or a venue, that’s really hard, too. Like, someone’s sound checking, you’re just trying to like relax. You have to go out and get a coffee or something. I don’t drink coffee, but, I’ll go to a coffee shop and drink something else.

Yeah, and then after tour, it’s just… do nothing. Go swimming! I love going swimming. I try to go three times a week. I like drawing. [pauses] I’m using this computer program called Max/MSP to make new music, and that’s really fun. Going to dinner with friends. Boring. Having a normal life! Going to the bank and paying a bill, or posting something in the post office. Getting something to eat, you know, like, choosing something for dinner. Buying and aubergine–what do you call it? Eggplant! Having a normal routine keeps me sane, and that’s like impossible maintain on tour. You’ll be in Seattle, then you fly to Berlin. It just completely fucks everything.

SH: Totally. Well, perfect! It was wonderful meeting you!

GP: Nice meeting you, too.

SH: Thank you so much.

Gold Panda and Laura Lewis’ photography book Good Luck and Do Your Best is now available via Bandcamp, limited to 200 copies.