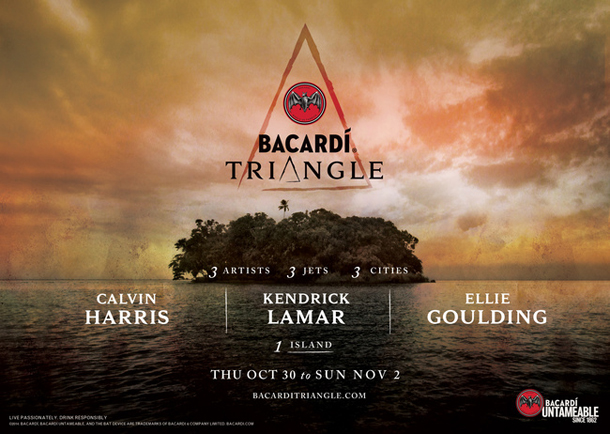 This Halloween, Bacardí rum will fly 1,862 guests into a legendary party in the Bermuda Triangle. Three charter jets from three cities across the world, will fly the world’s hottest artists and invited guests to a private island in the Caribbean Sea, to party in one of the most mysterious places on earth. Headlined by Calvin Harris, Kendrick Lamar and Ellie Goulding, the three-night music spectacular will bring the world’s biggest artists together.

The party takes place off the coast of Puerto Rico in Palomino, a tropical island in the infamous Bermuda Triangle, and the home to this music phenomenon. For three nights, Bacardí will take over the island and a neighbouring 5-star resort and transform it into one of the most spectacular venues on earth.

Want more details about how you can get tickets to this crazy party? Head over to the Bacardí website for your chance to win.