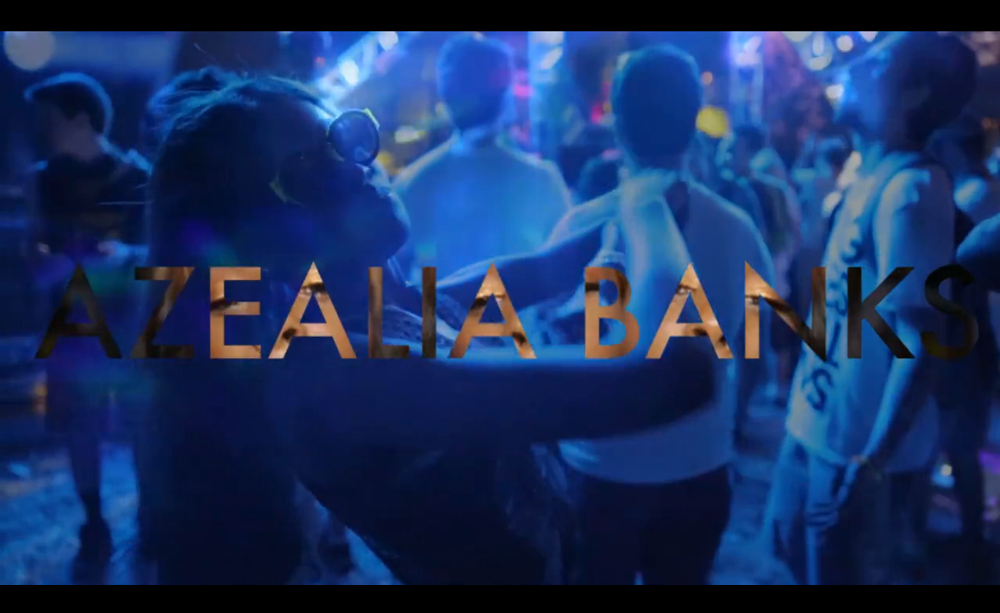 Azealia Banks has released a video for her fiery diss track “No Problems” which was released as a diss directed towards Angel Haze in January. Filmed during Ultra Music Festival in Miami, the video features Banks rapping into her iPhone, throwing a cake into the audience with Steve Aoki, a bunch of ravers and even Diplo busting out a joke at the end. Watch below.