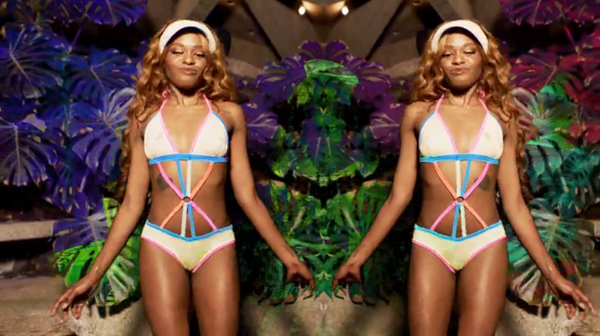 Azealia Banks has released the video for her new ish single “ATM Jam”, which features a beat and guest vocals from Pharrell Williams. The Pharrell-less video was directed by Rony Alwin and features Banks rolling around in a Cadillac, hanging out in an L.A. mansion and dancing around solo and with her girls. Watch below.