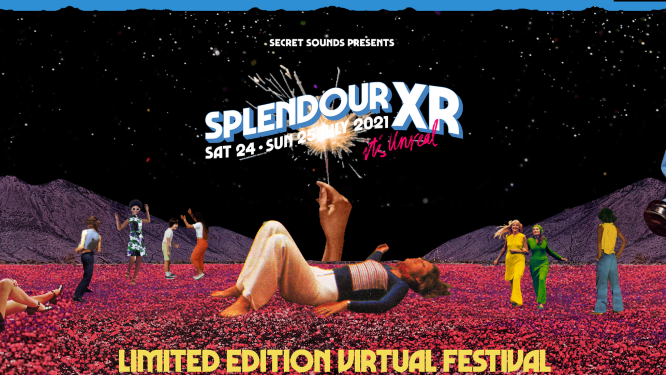 Running from July 24-25, Splendour XR, is a world-first extended reality experience of Splendour in
the Grass, the famed Aussie festival which started in 2001. The festival has not taken place in person since 2019, and was forced to cancel last year as a result of the coronavirus.

But that was then. The 2021 edition will host a roster of over 50 music artists, including Khalid, CHVRCHES, Band of Horses,  Grimes, Black Pumas, Band of Horses, Kaytanada, Duke Dumont, Vance Joy, Aurora, The Killers, and more. While it won’t be in person, fans will see “never-before-seen live sets,” according to organizers. The music will be presented across three stages. The event is for all ages. 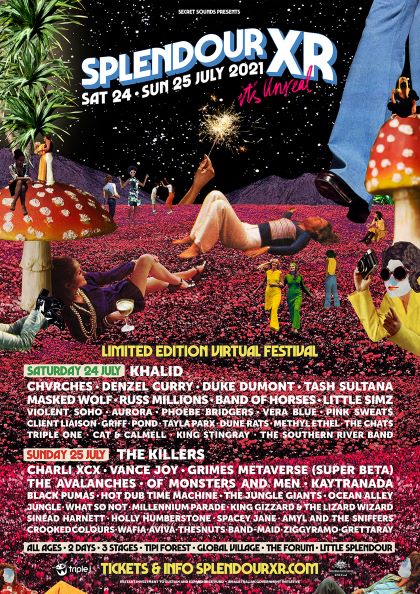 Some of the other program features include a virtual forest called Tipi Forest, which will see DJs perform; Little Splendour for the kids; a Global Village to wind down in; and the Splendour Forum, which will present talks and discussions. Expect to hear discussion on subjects like mental health, fundraising, and sustainability in the music business.

There will be an online medical centre available to assist anyone in need of  mental health services.

The organizers said they are “committed to managing emissions and creating a clean and green platform with a minimal carbon footprint,” in a press release.

The event is available on mobile, tablet, browser, desktop, and VR.

Using avatars, fans will be able to move about, create their schedule, and virtually hang out with other attendees.

Sansar’s Pouyan Afkaray said the event will be “the most impressive virtual live event that the consumer market has ever seen, and we can say that with absolute confidence.”

Splendour XR will run on a single timezone, 12 p.m. to 2 a.m. AEST (Australian Eastern Standard Time).  Programming starts at 2 p.m. All video content will be up on VOD for seven days after the event. The virtual world will not be accessible after the event.

Past lineups have included Kendrick Lamar, The Cure, The Pixies, Kanye West, LCD Soundsystem, and TV On The Radio.

Check out the trailer for Splendour XR below.