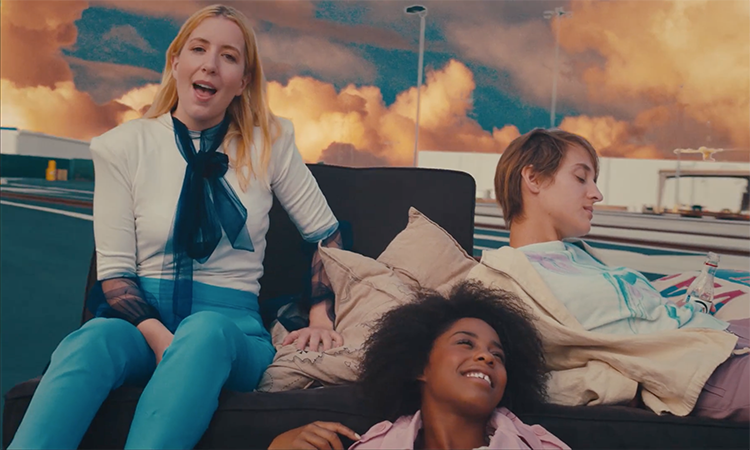 Having previously shared the video for first single “Utopia“, Austra have released the video for their new track “Future Politics.” The video for the song takes place somewhere on the border between work and play, utilizing colour and urban sprawl to convey the musics message. According to lead singer Katie Stelmanis and director Allie Avital:

“Future Politics is the breaking down of paradigms. In this video, we wanted to explore what a world might look like if our values were transformed: instead of glorifying labor, maybe we could learn to glorify the act of doing absolutely nothing.”

Austra’s third LP  is slated for release on January 20th via Domino.

Watch Austra’s “Future Politics” above and take a look at the bands confirmed tour dates below.