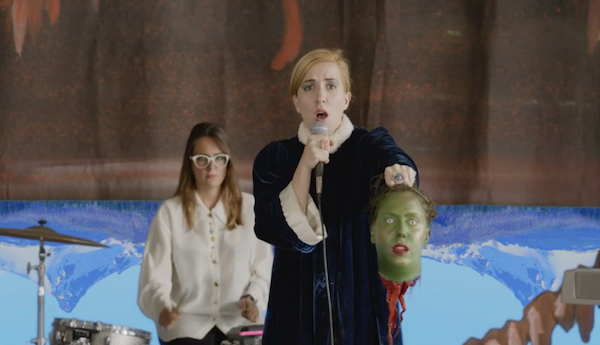 Austra takes a step into the weird in this video for their Olympia cut “Hurt Me Now” which premiered via Dazed Digital. Directed by  M Blash, who also directed their “Lose It” clip,  the video takes place in a warehouse with some girls and guys dancing around while the band plays with digital videos rolling behind them.

Katie Stelmanis had the following to say about the clip:

“Working with M Blash is a rare experience. I like to give him a song and let him do whatever he wants cause when his mindflow is undisturbed the results are psychedelic and matchless.”