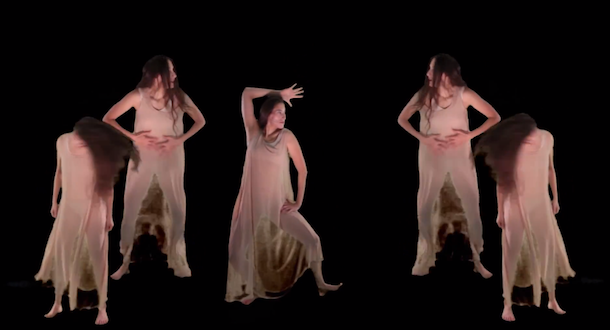 Austra returns with a new video from her Habitat EP for “Hulluu” which features Emily Law dancing, mirrored at times, flipping her hair back and forth. It’s directed by  Zeesy Powers and focuses on movement according to at statement lead vocalist Katie Stelmanis made in the press release.

“I’ve known Emily since I was 12 and she is the best dancer/waacker in Toronto so I definitely wanted her to be a part of it. Zeesy is a super-talented artist who I used to live with and collaborate with all the time making soundtracks for her performance art pieces (and who was actually the one to encourage me to start performing my own music in the first place). I thought it would be cool to work together again. We used a green screen and filmed Emily dancing to the track for about 4 hours.”

Watch the clip for the ambient track below.