Austin City Limits has announced their line up for their 15th anniversary year featuring a number of the usual festival headliners we’ve seen this year like Radiohead and LCD Soundsystem. In addition to  these two bands, they’ve also secured Kendrick Lamar, Kygo, Major Lazer, and Mumford & Sons as headliners for the festival which takes place across two weekends September 30th to October 2nd, and October 7th to 9th at Zilker Park.

Tickets range from $100 USD for a single day ticket to $255 USD for a weekend pass. Check out the full line up below and head here to grab tickets. 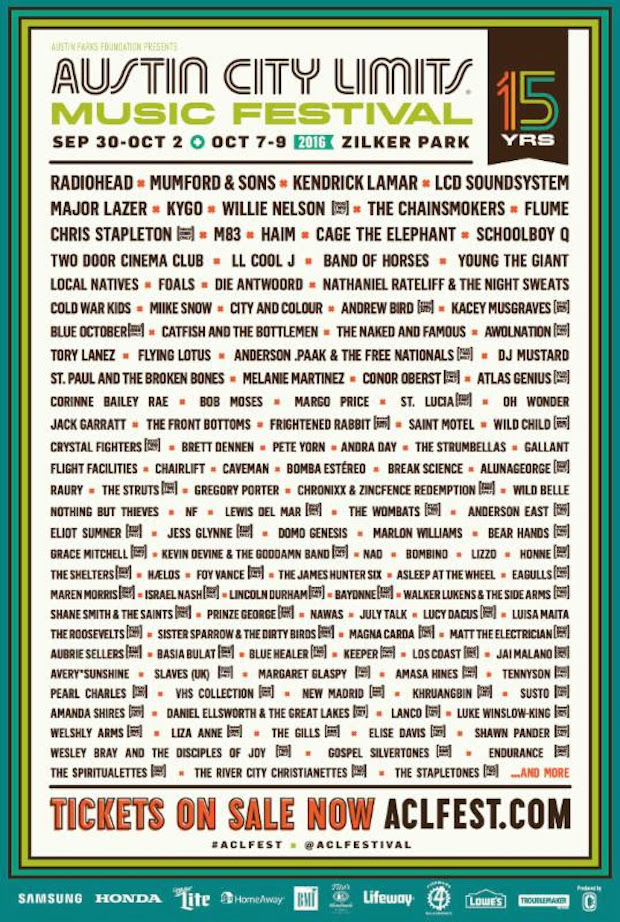