Late Monday night German car manufacturer Audi introduced to the world their first fully electric SUV, the E-tron in San Francisco. As one of the first, fully electric luxury vehicles to hit the road post-Telsa, the Audi E-tron slides easily into the position of one of the most anticipated vehicles in this category to hit the market.

Officially hit the road mid-2019 and will start at $74,800 USD (Canadian pricing is yet unavailable) and will go up from their once you start adding on all the cool little features. If you like to ball out and want to be one of the first to own the new E-Tron, Audi is making 999 “first edition” versions which will feature bigger 21-inch wheels, a special gray paint scheme, bright orange brake calipers, black leather interior, a night vision camera in the dash and will cost $86,700USD. Slick. 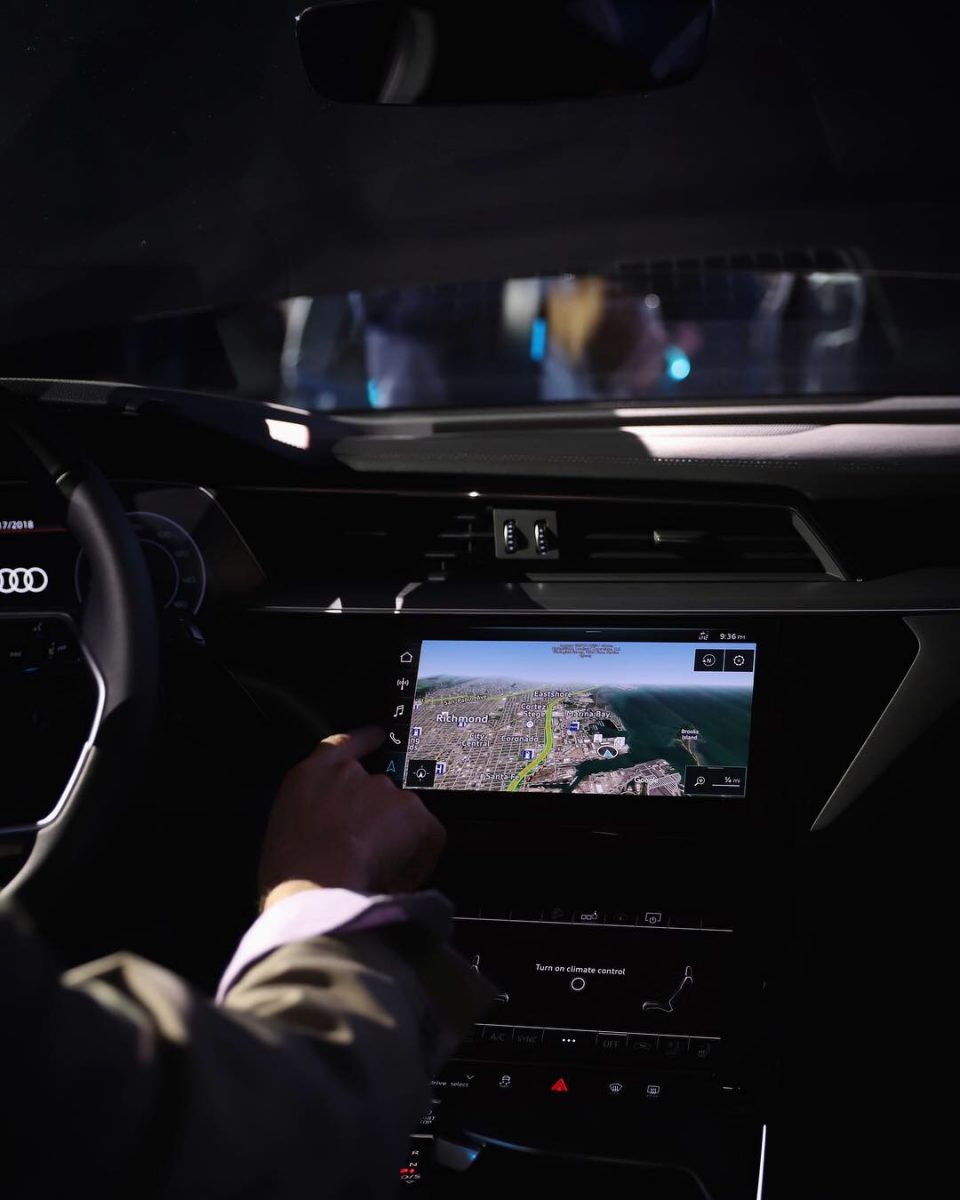 Audi’s move to fully electric was first teased in 2016 and is part of a larger push towards parent company Volkswagen Group’s move to electrify its entire roster of cars by 2030. This comes after Volkswagen Group installed illegal manipulation software in millions of diesel cars in order to cheat emissions tests for years, which resulted in Audi CEO Rupert Stadler being arrested on suspicion of involvement in the whole ordeal. As of right now, Audi reports that more than 200 E-tron’s are being produced per day, which will allow them to surge past competitors like Tesla who are constantly plagued with production issues. 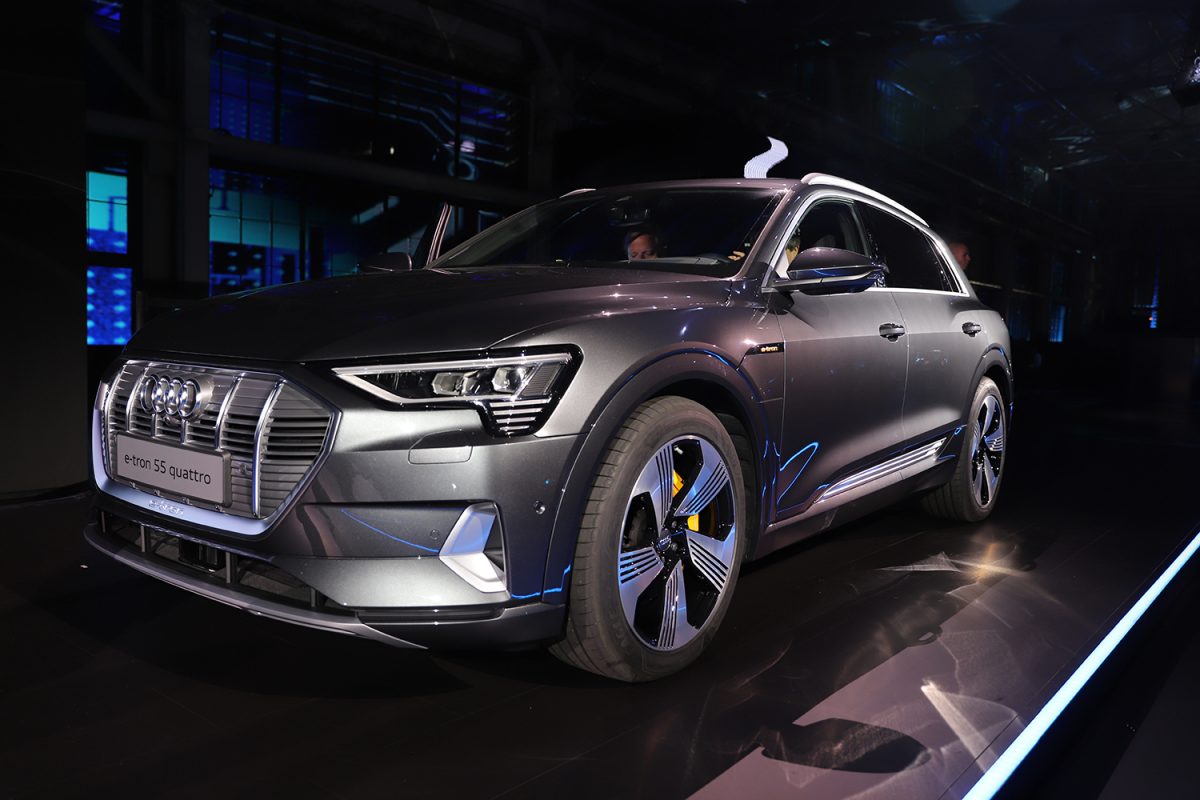 One of the biggest concerns when it comes to fully electric vehicles is the range, how far you can go on a single charge, and of course availability of charging stations. There is no point in buying a car and going for a nice ride to only have it die in the middle of nowhere. While Audi did not disclose an official range estimate, they did tell an anecdote about a drive through the mountains that suggested the range was around 175 miles uphill and about the same back, after a full charge over lunch, with 90 miles to spare once arriving back in the city. This 90 miles to spare comes courtesy of the smart braking system that intelligently blends mechanical braking with regenerative braking, which is where the electric motors spin backwards, putting energy back into the battery. Whatever the final range may be, the E-tron’s 95kWh battery, which has been designed into the floor of the vehicle, has a larger capacity than any other battery pack vehicle on the market, save for the high-end Tesla Model X 100D.

As for charging, Audi has partnered with Amazon for the installation of the home charger for the E-tron. Buyers of the all-electric SUV will have the option of having Amazon’s Home Services division handle the installation process, though no pricing has been announced.

Although there are still some questions to be answered, this first up-close taste of the all-electric Audi E-tron has us excited for more. Audi has taken a giant step towards the eventual move away from fossil fuel powered automobiles and we couldn’t be happier.