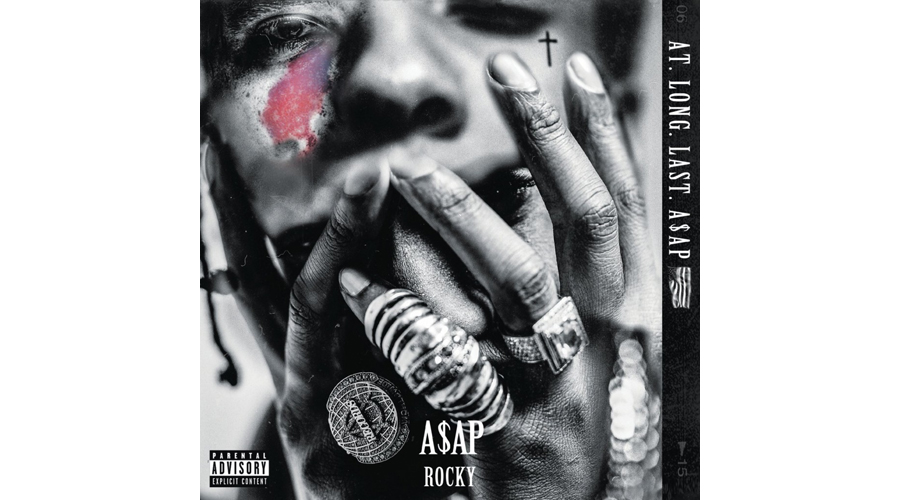 We hung out at an intimate listening session for A$AP Rocky’s new album At.Long.Last.A$AP last night at Red Bull Music Studios in NYC. The album is mainly produced by Danger Mouse with one track produced by Kanye West called “Jukebox Joint.” A.L.L.A. features the likes of Schoolboy Q, James Franco (in a skit), A$AP Ferg, and the vocals of UK singer Joe Fox. Dev Hynes aka Blood Orange as well as Sway Calloway were in attendance. They made us check absolutely all electronics at the door, to avoid leaks but also to make sure we paid attention. So we pulled up with pen and paper and took notes.

If you’re looking for an album of club-ready turn up tracks, you’re not exactly going to get that with A.L.L.A. While there are several songs to bop to, the album is weird (in a good way) and introspective. Rocky showed up to Red Bull Music Studios at what he calls his favorite time: fashionably late, of course. Wearing a Patagonia polo, he dapped up Sway and hugged friends on his way to the turntables.

The first thing he played for us was “Holy Ghost,” a track with a sick guitar and lines like “Got my own relationship with God” and “My brother the next victim.” We got the sense Rocky’s experienced a few highs and lows in the last year, assisted by some psychedelics. One of our favorite tracks was “Canal Street,” where he’s bragging a bit but also taking other rappers to task. A$AP Rocky is essentially asking for receipts and we can think of few rappers who can come up with any. Our favorite line from it is “Fuck pretty. I’m gorgeous.” Too true, Rocky. James Franco is featured on a skit called “JD” (because Rocky considers himself the Black James Dean). While we were listening to A.L.L.A, Rocky had dropped a new video for “LSD (Love Sex Dreams)” which you can watch here.

“Dreams” is a self-produced track where he admittedly plays piano off key. It’s that vulnerability and desire to “make music the way I see it, the way I hear it,” that makes this album special. Rocky also played “Electric Body,” “Excuse Me,” “Westside Highway” ft. James Fauntleroy, and “Farside.”

At.Long.Last.A$AP is out on June 2nd via RCA.