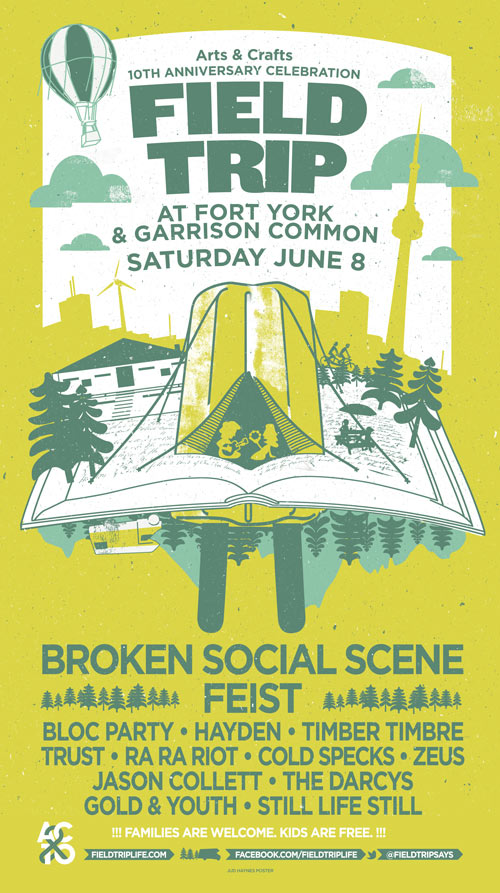 Our favourite Toronto music label Arts & Crafts has just announced one hell of a festival coming just in time for summer in Toronto! Bringing together many of their super rad award winning artists including Feist, Bloc Party, Timber Timbre, Trust, Ra Ra Riot, Cold Specks, Jason Collett, and a special one time only performance by beloved collective Broken Social Scene, the festival celebrates the labels ten year anniversary and promises to be one of the seasons best!

Taking place on June 8th across two stages at Fork York and Garrison Common, the “Field Trip was built around the themes of discovery and community,” says label co-founder and president Jeffrey Remedios, “in addition to world-class musical performances, the festival will incorporate local art, gourmet food and unique elements of Toronto’s proud culture.”

Tickets go on sale on for an early bird price of  $55 Canadian later this week on January 16th at FieldTripLife.com, and will gradually increase in price closer to the festival date at outlets like Rotate This and Soundscapes. VIP tickets are also available for $120 Canadian, and include a priority view, access to shaded areas, free water, VIP washrooms and gourmet food vendors (ca-ching!).

We’ll keep you update with further details, but for now mark your calendars and watch the promo video below.