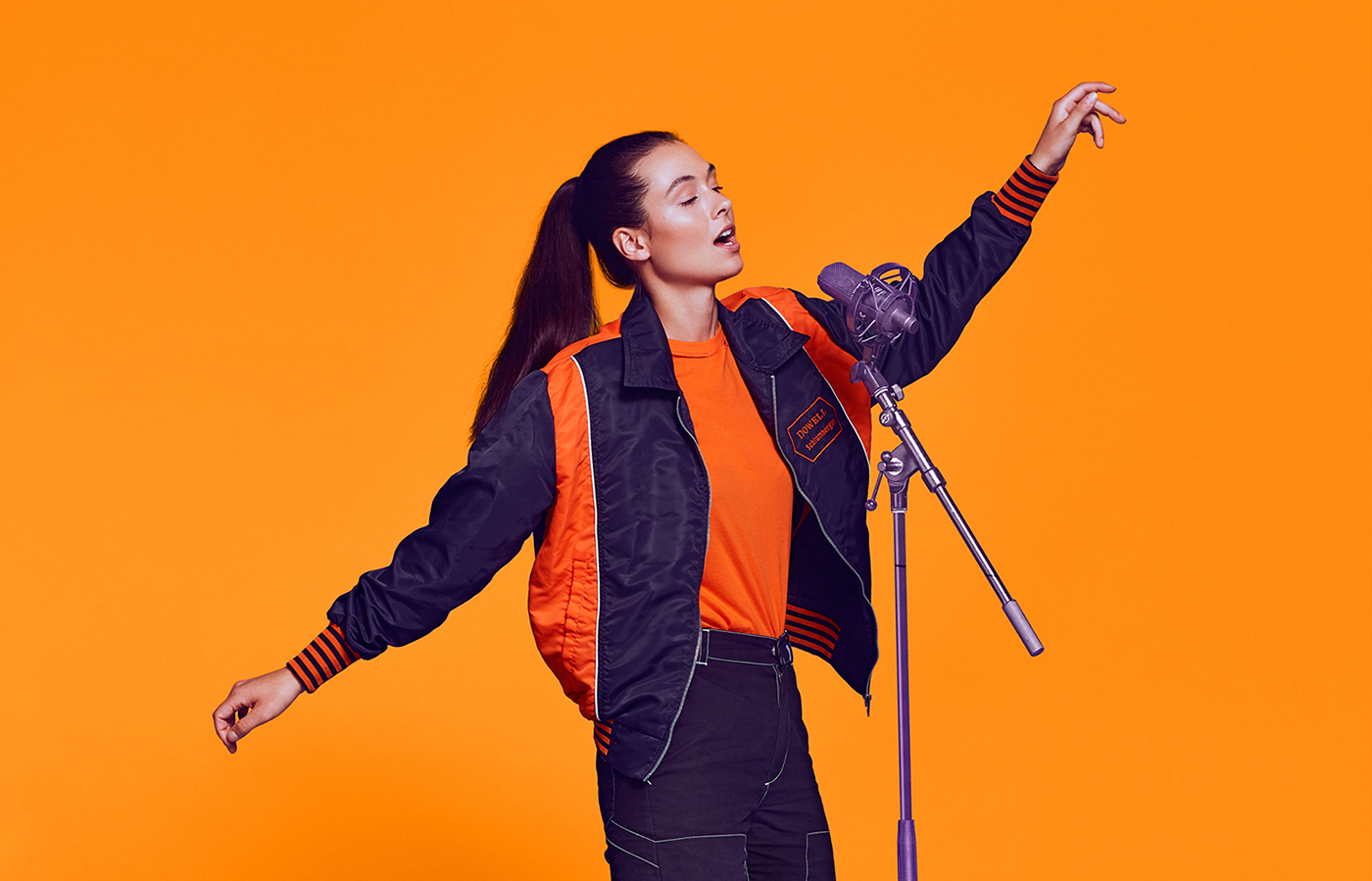 This summer our friends at vitaminwater launched an exciting new campaign to highlight the stories of some of the coolest artists and creative minds in Canada. These Canadian “otherletes” as they’re calling them, have been fueling their hustle with vitaminwater. As they stay hydrated into late nights and early mornings, they’re carving out a niche for themselves creatively to make their dreams a reality.

One of these otherletes is Montreal-based producer, vocalist and DJ, RYAN Playground. Genevieve Ryan Martel, or Ryan as she goes by now, has been musical her whole life. But over the past four years has really honed in on her direction to create her own super infectious musical style.

We spoke to Ryan just as she was finishing up her debut album, about her career and the many ups and downs. Read on below.

SIDEWALK HUSTLE: WHERE DID YOU GROW UP AND HOW DID YOU START YOUR CAREER IN MUSIC?

RYAN Playground: I’m from Laval, a suburb near Montreal. I grew up with two musician parents. I’m a single child. I was always surrounded by music – I started playing music when I was a kid, when I was five probably playing guitar and drums. My parents were super open when I asked if I could have a guitar and drums, and they were like “yeah of course.” It was pretty sick.

That’s how it all started. My parents are classical musicians. So I also did some violin classes, cello classes, but it wasn’t my thing. I was more into rock music which is why I started playing drums and guitar. I was super privileged to have them… I also wanted a Nintendo too, but they said no.

SH: WHAT HAVE SOME OF YOUR MOST DEFINING MOMENTS IN YOUR CAREER BEEN THUS FAR?

RP: There were several moments, I guess the most recent would be South by Southwest. Because it was such a big festival with so many people that I’m influenced by, people on the rise who’s music is super inspiring. I played three shows there and it was completely unknown for me, so it was a totally new experience which I love. I got to meet a bunch of people who have pushed my dreams further. So this kind of experience was amazing. The weather was great as well, and there was a huge storm in Montreal, so I was happy to be there.

SH: HAVE YOU HAD TO OVERCOME ANY MAJOR HURDLES TO GET TO WHERE YOU ARE IN YOUR CAREER TODAY? HOW DID YOU OVERCOME THEM?

RP: Let me tell the story of playing Igloofest for the first time, which was a pretty big deal for me. It was super cold (honestly I think it was like minus 40 or something like this with a huge wind and super cold). I remember I dressed up super well just to look good but it wasn’t a warm outfit. I just wanted to make a statement. I was freezing but I was like whatever, I’m just gonna do my shit and forget about the cold. But then my computer froze. So that sucked. That’s probably the first moment that I realized that technical issues are going to happen again in the future, and I need to overcome to go further. It was out of my control and I’m someone who likes to be in control and know what’s going to happen. So I had to set my mind to know that it’s probably going to happen again and overcoming it will make me stronger.

SH: CAN YOU TELL US ABOUT THE VITAMINWATER CAMPAIGN YOU’VE PARTNERED ON AND WHY YOU’RE SO PASSIONATE ABOUT IT?

RP: This summer, vitaminwater is launching a new campaign to shine a light on and tell the stories of “otherletes.” I’ve partnered with the brand to tell my story as one of the otherletes! An “otherlete” is anyone with a passion that they live day-in-day out. Whether it’s what they do for a living or a side hustle, it’s someone who puts in early mornings and late nights into honing their craft—whatever that is. I love the campaign message, and vitaminwater is definitely something that helps to hydrate my hustle to keep me going.
As part of the campaign, vitaminwater will be hosting “do-torial” sessions at Osheaga – I’ll be teaching a class on mixing music. If you’re at Osheaga and want to check out a “do-torial,” pop by the vitaminwater activation to take a look!

SH: WHERE IS YOUR FAVOURITE PLACE TO PERFORM IN THE WORLD AND WHY (WAS THERE A KEY MOMENT)?

RP: SXSW was probably the one, so Austin is my favourite one up till now. But I just went to Paris recently and the crowd was super amazing. They were super open-minded. It was sick because in Montreal, people are super open. But I felt like Paris was different and people just wanted to have fun like me, so it was a warm feeling.
I tend to stick to what I want to play and not adapt. If I wanna play weird stuff, and experimental stuff, and mix it with a utility soundtrack, I’ll do it. I want people to be open-minded about it, and that was the reaction in Paris, so I was super happy.

SH: WHAT MOTIVATES AND INSPIRES YOUR DAILY HUSTLE?

RP: What inspires me the most are the ups and downs in life in general. Everybody has their own ups and downs, and I think when it’s going super well it can be as much inspiring as when it’s not. I think that’s something we need to accept and is something that’s special about everybody’s life. We need to accept it, deal with it, and make the best out of it. I love how life can be a rollercoaster and that’s what motivates and inspires me.

SH: HOW DO YOU STAY FOCUSED ON YOUR GOALS PERSONALLY AND PROFESSIONALLY?

RP: I think it’s very important to be surrounded by good people. I have the best family and friends to keep me motivated and focused. My team of course is strong, and everybody wants me to reach my dreams. I think it’s super important to have people who believe in you. I could say the same about vitaminwater supporting me right now. To feel pushed by other people rather than myself, really helps to keep me focused.

SH: WHAT ARE YOU MOST LOOKING FORWARD TO CAREER WISE IN THE COMING MONTHS?

RP: I just finished my album so I’m super, super, super happy with it. I’m looking forward to building the live show. It’s a big step forward to put it together – it’s the biggest piece for me right now.

Watch the video above now and if you’re at Osheaga this weekend be sure to stop by the vitaminwater activation for a do-torial session with Ryan and a couple of the otherletes from the campaign.

*This post was sponsored by vitaminwater, however opinions expressed here are our own.