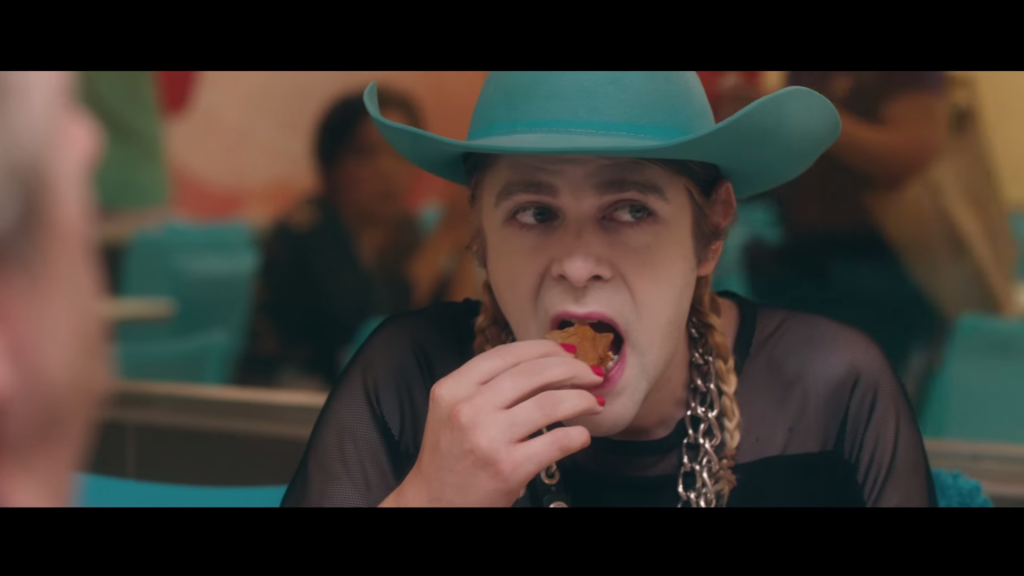 Psychedelic pop genius Ariel Pink just released the video for “Put Your Number In My Phone,” the lead single off his forthcoming album pom pom. He plays a sketchy guy trolling the mall for girls (literally dressing like that dude from VH1’s The Pick Up Artist). He’s with a friend in a wheelchair who he brings on this fantastic afternoon. There’s a lot to unpack here, from the way he’s acting and dressing to the way him and his friend are being perceived by other shoppers.

Check it out below.

Speaking of the video, Pink had the following to say: “It’s a story about friendship and the pursuit of happiness. Joe Buck and Ratso Rizzo dream of life outside the sea of vacant storefronts and lonesome chattel on display in middle America.” pom pom is out on November 18th via 4AD.

Side I:
Put Your Number In My Phone
One Summer Night
Nude Beach A G-Go
Goth Bomb
Dinosaur Carebears

You can also catch him live:

Tickets go on sale at 9am local time on Friday, September 26th.