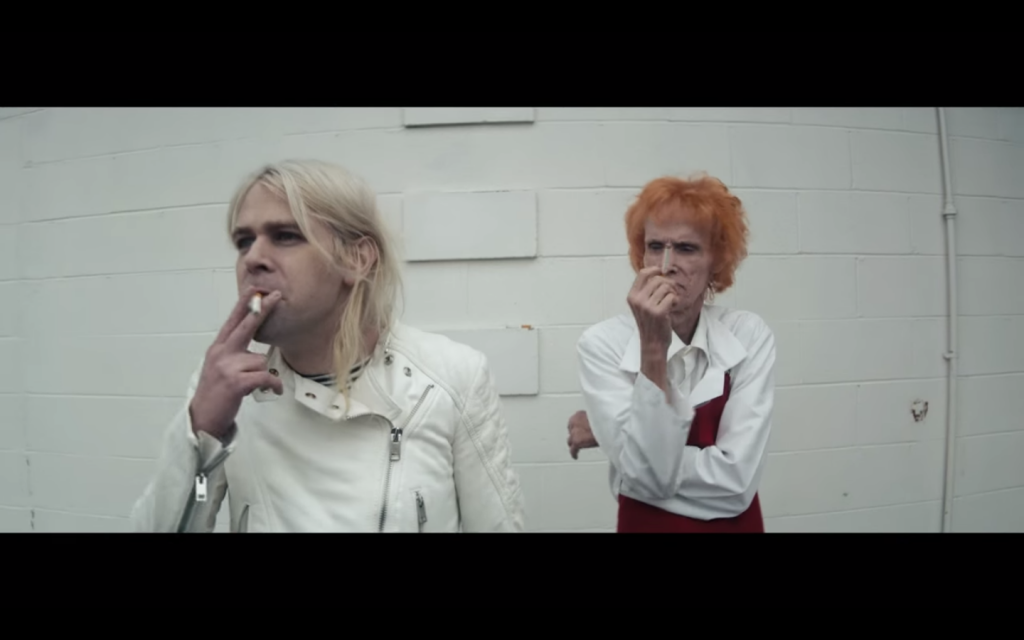 Following up a series of music videos directed by LA filmmaker Grant Singer, Ariel Pink’s “Dayzed Inn Daydreams” is the latest in a set that explores American suburbia. This time around, we’re invited to look in on the life of a kind of has-been band frontman well past his prime and now working at a grocery store. The lead is played by The Mau-Mau’s Rick Wilder. He drudges along in his daytime job but his real passion is when he gets back on stage at night at a small bar. Pink makes a few brief appearances at the supermarket and bar.

“It’s the story of a man, played by Rick Wilder, who was once the frontman of a band that existed decades ago. Through a series of scenes depicting his everyday life, we tell his story.” – Grant Singer

Check it out below:

“Dayzed Inn Daydreams” follows up the other two singles from Pink’s album pom pom, “Put Your Number In My Phone” and “Picture Me Gone.” This was also co-produced by Urban Outfitters as part of their wildly successful UO Music Video Series.

You can catch Ariel Pink on tour: