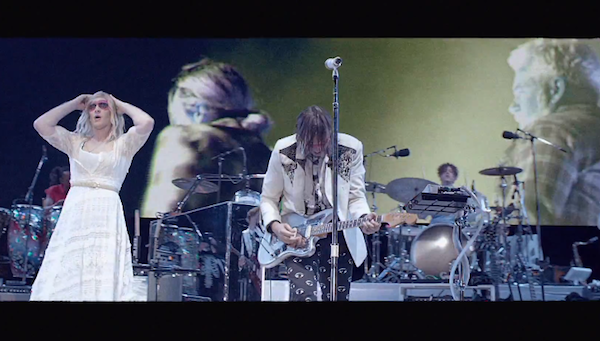 If you’ve seen Arcade Fire yet on their Reflektor tour, their video starring Andrew Garfield might be slightly familiar to you, in so much as the dance moves shown throughout. If you were lucky enough to be at weekend one of Coachella this year, you would have seen the very last scene filmed live.

Watch Arcade Fire’s take on a ” young person’s struggle with gender identity” in the clip for “We Exist” below.