Arcade Fire on The Colbert Report 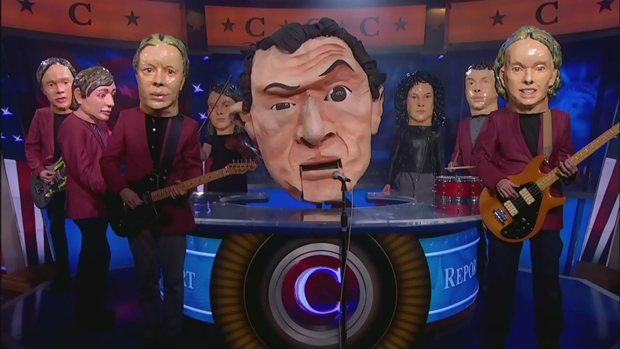 Last night Arcade Fire appeared on the Colbert Report for an interview and to perform two tracks off their forth full length album Reflektor which is set to drop next Monday October 28th via Merge.

After a hilarious sit down with Stephen Colbert, Win Butler and brother Will Butler, in which they joked about BTO and Arcade Fire, they, The Reflektor’s played “Normal Person” with full paper mache head sets on as well as a bonus performance of “Afterlife” which premiered yesterday.

If you’re in Canada, like us,  you can watch the interview and “Normal Person” here, and “Reflektor” here, or head to the US site to watch it in full.