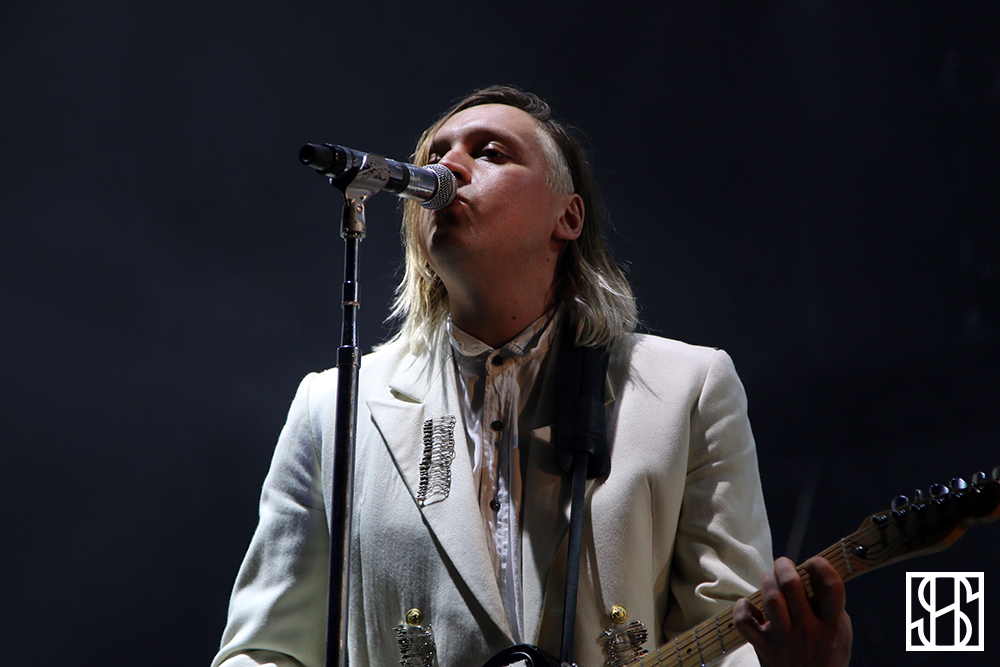 Arcade Fire are gearing up to drop a new album, and they’ve already taken to the stage to try out their new material a few times, most recently last night in their hometown of Montreal. The band performed to an intimate crowd of fifty people, according to the Montreal Gazette, and played a whopping six new tracks as well as tracks from Reflektor, The Suburbs and more.

No videos from the show have yet to surface as attendees were asked to check their phones before entering the venue. Have a listen to their latest track “I Give You Power” now and catch them at one of their European tour dates below this summer.