Apple’s Logic Pro X is for Everyone

The Logic Pro X update features several new additions to the software, including processes like Live Loops which allows the user to create music in freeform and nonlinear ways. This means that loops, samples, and recordings can be organized into a new musical grid, where you can spontaneously perform and capture different arrangement ideas into the timeline. Basically your creative moment of insight can come anytime and is no longer bound by the workflow order of the software.  Couple this with the  new Sampler and Quick Sampler features and you create and edit using drag-and-drop workflows that help to automate complex production tasks.  The Quick Sampler is cool because with just a few quick clicks you can turn any individual sound into a playable instrument. 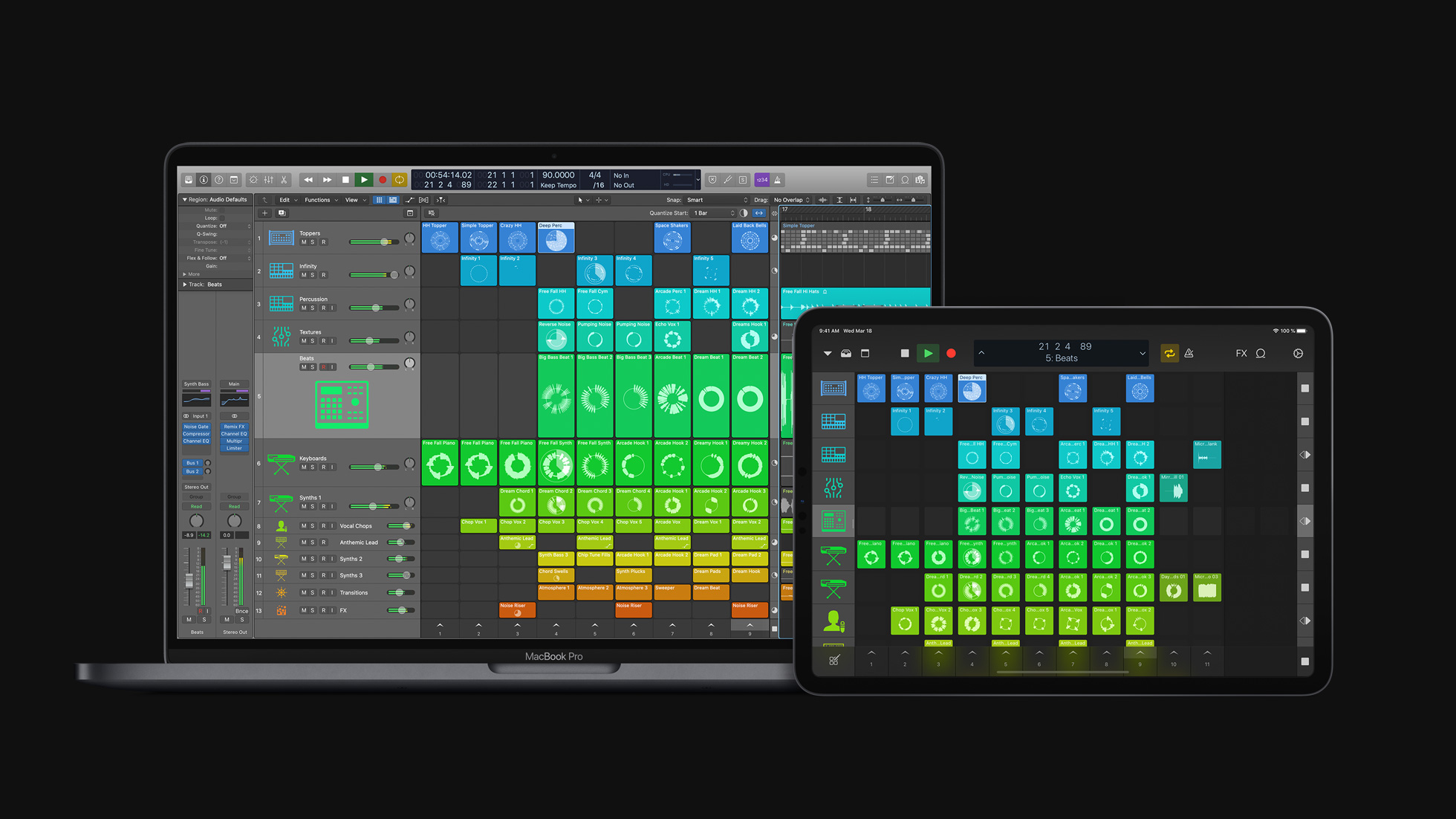 Also included in the update is the cool new Logic Remote, a free companion app that allows you to pair your iPhone or iPad to your Mac giving you a Multi-Touch beat pad, like the old Roland TR-808 machine but digitally. With this multi faceted setup you can trigger sounds in Live Loops, as well as browsing, adding loops, and applying Remix FX to a session. A lot of cool stuff.

Of course all this is only quick and easy if you have a basic understanding of how creating music digital works. If you read the above and are like, “Yup, makes sense to me!” Then sweet, this program update is so for you, you probably should download it asap. If however, you are like me and do not have a basic foundation of music making then this next part if for you. Deciding to put all this information to the test I decided to give the whole making a beat a whirl. Being perfectly honest, it was not easy and because I have had no idea where to even start I found it discouraging and emotional. Like legit, almost tears of frustration. I decided to push through my read watery eyes and stick with it and after a couple sessions and a many Youtube videos I was able to make a pretty decent, rudimentary beat. This is not going to be used by Travis Scott on his new track, but it’s definitely something I would use in a IG video or some sort of quick content opp. HOWEVER, this was the moment I realized that Logic Pro X was actually a program for anyone and not just music pros. Having this basic level of music production skill is so useful I’m happy I stuck with it.

The thing last I will mention is that Logic Pro X has been optimized to take advantage of the latest Mac hardware. Meaning it works best with a new machine. For all this I used a 2020 MacBook Pro 13″ with a significant amount of RAM  which helped when working with the a bunch of tracks and real-time plug-ins. However, a new computer isn’t necessary, just helpful.

Listen to my beat below and if you think making your own music is something you would want to give a try then hit this link and download Logic Pro X now and get a 90 day free trial! Yeah… that’s 3 months, that’s not like some other programs where you only get a week. Trust me, a week isn’t enough time to move past the tears stage to the seeing progress stage. You decide.