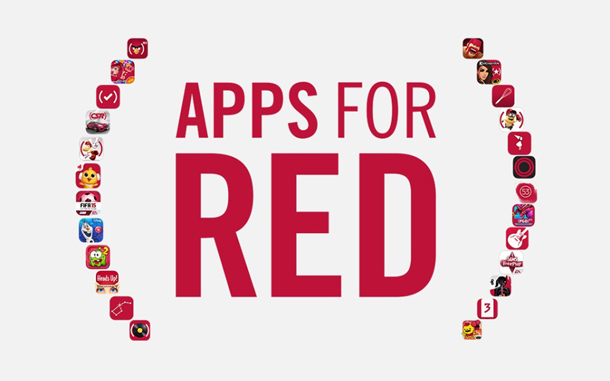 For Holiday 2014, Apple launched its largest fundraising project to date to support Project (RED)’s fight against AIDS. To mark World AIDS Day 2014, Apple has partnered with its developers and consumers, to give back and drive awareness to such an important cause. Aptly called “Apps for RED,” the project will run until Sunday, December 7 and will feature exclusive, new content in 25 fan-favourite apps. Every time a customer purchases a participating RED app or In-App purchase, all proceeds will go to the Global Fund. Some of the apps included in this project are Angry Birds; Clash of Clans; Clear; CSR Racing; Cut the Rope 2; Despicable Me: Minion Rush; Disney Frozen Free Fall; Djay 2; EA: FIFA 15; EA: The SIMS FreePlay; Garageband; Kim Kardashian Hollywood and more. In addition, Apple will also donate a portion of the sales made online and in retail stores on World AIDS Day on December 1, which also happens to be Cyber Monday. For more information on this incredible initiative, click here, and watch the video below and get passionate.