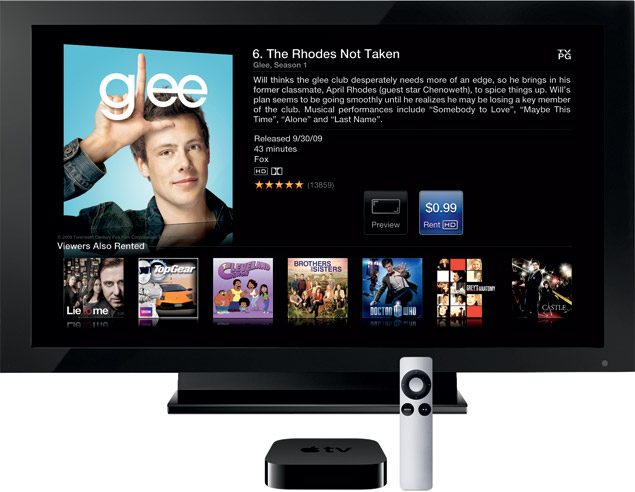 Here is another producr announced yesterday at the Apple live streaming conference, the Apple TV 3. Dropping in price by about a third and coming in an even smaller size, the new Apple TV is trying to takeover everyone’s living room.  The biggest change announced was that Apple is ditching movie and TV show purchasing altogether, and instead going with a full streaming rental model. The price point for the shows and movies will be  $5 for HD movies and 99-cents for TV shows. The “all-black-everything” Apple TV will also stream Netflix, YouTube, and Flickr, as well as your music, photos and videos from your computer.  It has a built-in HDMI, Wi-Fi, Ethernet and an internal power supply, but sadly it does not come with the actual Television.

Overall the idea is pretty awesome and has great potential but lets be serious here for a minute, will this actually take off?