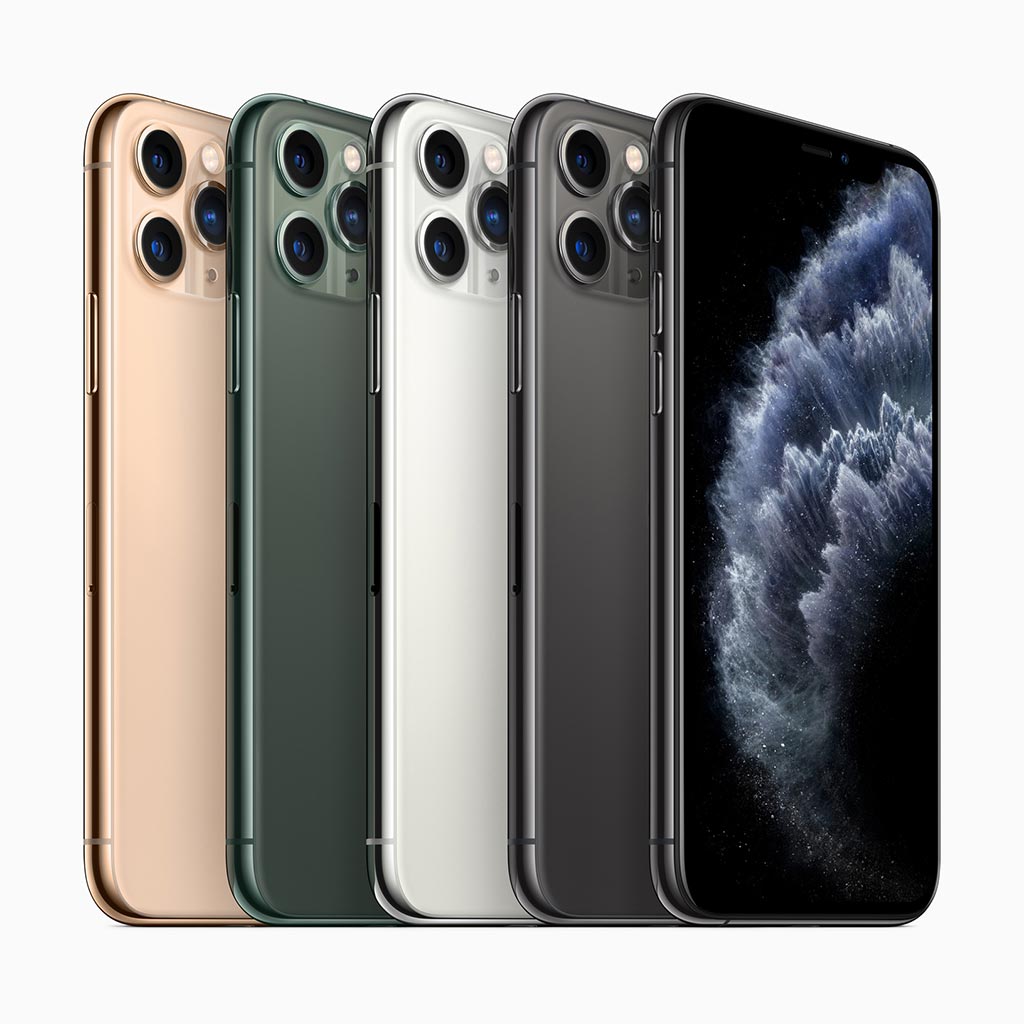 It’s another keynote in September, and another trio of iPhones to add to the market. Apple’s annual pilgrimage to Cupertino, CA also included a couple other products, but it’s the services the company hopes will make the biggest impact.

We’ll get to that, but first, the new iPhones. The new iPhone 11 Pro and 11 Pro Max effectively replace last year’s XS and XS Max. Sticking to recent tradition, the form factor and dimensions haven’t really changed, save for the triple camera array in the rear. Unfortunately, if you have XS cases lying around, they won’t fit properly on the back because of that new camera layout.

That third lens is an ultra-wide with a 120-degree field of view — the first time Apple has ever deployed an ultra-wide lens. The standard and telephoto lenses are back, and Apple claims they are better than before. It was hard to tell with the professionally-shot photos they showed at the event. Portrait mode is supposed to be better at shooting anything, not just people.

But the real addition is what the company is calling Deep Fusion. In a nutshell, this is a night mode that takes nine snaps at different exposures, mashes them together and comes up with a well-lit shot full of good dynamic range. 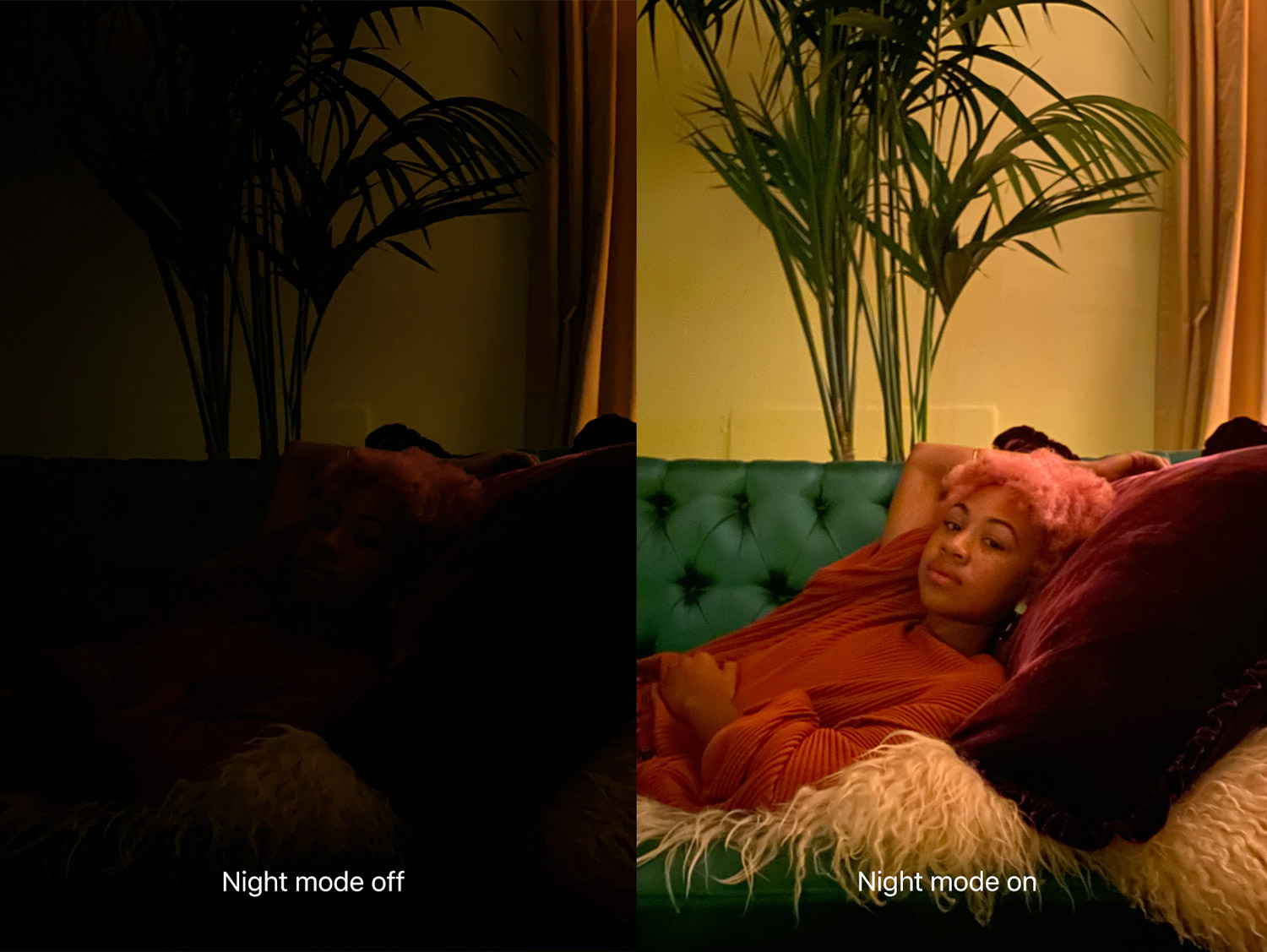 If you’re thinking that’s a new innovation, it’s not. Similar features have already been available from the likes of Samsung, Google, Huawei and OnePlus over the last three years. Stranger still, Apple is making everyone wait for the feature to go live. It won’t be available when the iPhone 11 Pro and 11 Pro Max are in stores, instead coming in an update sometime this fall.

Other highlights include a new A13 Bionic processor, better FaceID performance, and a “surgical-grade” stainless steel body with machined glass on the back. They even added a textured coating to offset your clumsiness in accidentally dropping it.

Screen sizes stay the same at 5.8-inches (11 Pro) and 6.5-inches (11 Pro Max), except they get a slight upgrade to “Super Retina XDR” OLED panels and higher peak brightness. Oh, and thankfully, there’s an 18W charger in the box, so you can finally fast-charge your new iPhone like every other non-iPhone user has been doing for some time.

You get to pick from these colours: midnight green, space grey, silver and gold.

Pre-orders start on Sept. 13, with availability beginning on Sept. 20. Here are pricing and storage options (all prices CAD): 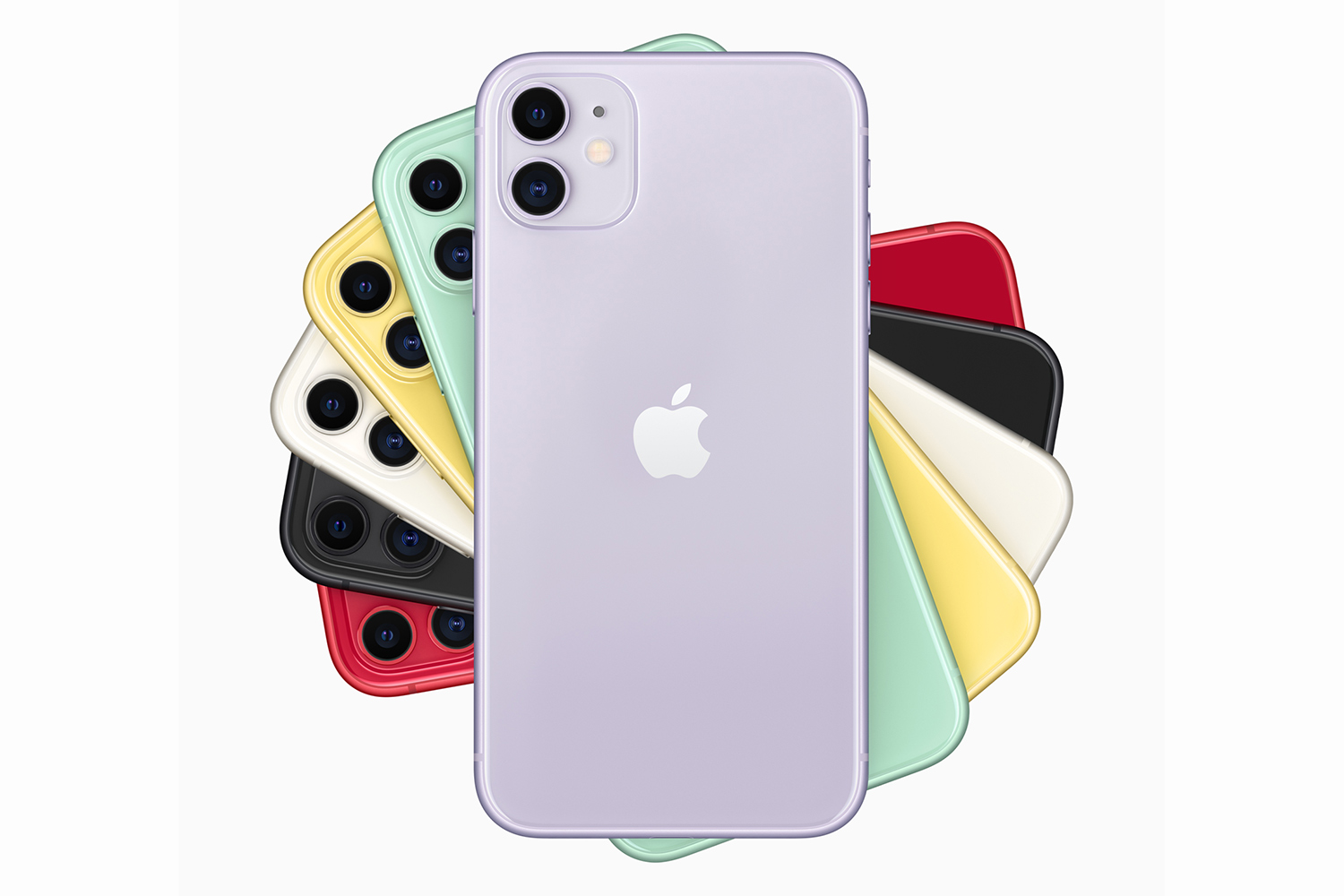 If going “Pro” is too much for you, this may be the iPhone to consider. This one succeeds the iPhone XR (though the XR will still be available to buy) and follows a similar design philosophy. You get a second lens — the same ultra-wide with a 120-degree field of view and an improved FaceID camera in the front.

Screen size is the same at 6.1-inches, albeit with tougher glass this time. Not to mention slightly better water and dust resistance. Splashes and dips in clearwater won’t damage it. Officially, it can stay submerged for up to 30 minutes in two metres of water.

Unlike the new Pro models, which promise up to four hours better battery life, the iPhone 11 isn’t that much better than the XR. Apple says it can last for up to an hour longer, but frankly, we think that’s an arbitrary number. Real-world results always vary.

You get to pick from these colours: white, yellow, blue and black, plus the new green and purple.

Same deal. Pre-orders start on Sept. 13, availability on Sept. 20. Pricing and storage options are as follows: 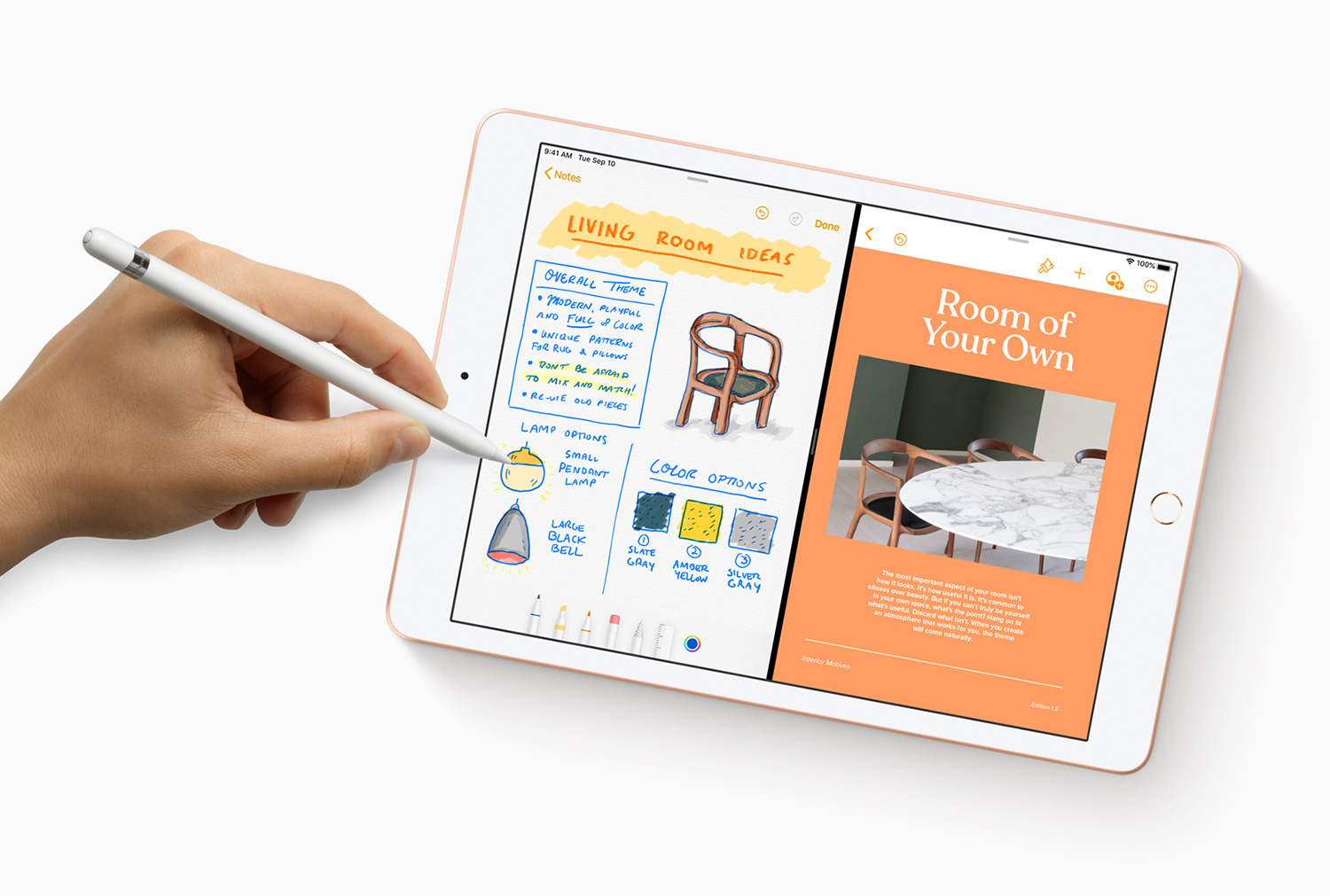 If you’re looking for an iPad without breaking the bank (too much), then this new iPad might be the best bang for your buck. It’s got a 10.2-inch display that essentially replaces the previous 9.7-inch model. Plus, you get the nostalgic touches of a home button and Touch ID. It does run on an aging processor, but at least works with the first-gen Apple Pencil if you want to use a stylus to get creative. There’s even the magnetic connector at the bottom to use a keyboard, if you want.

We’re not sure about the 10-hour rated battery life, but we’d be okay with it if that actually happens. We can dig that it’s made from recycled aluminum though. It’s about time new products come from old ones. 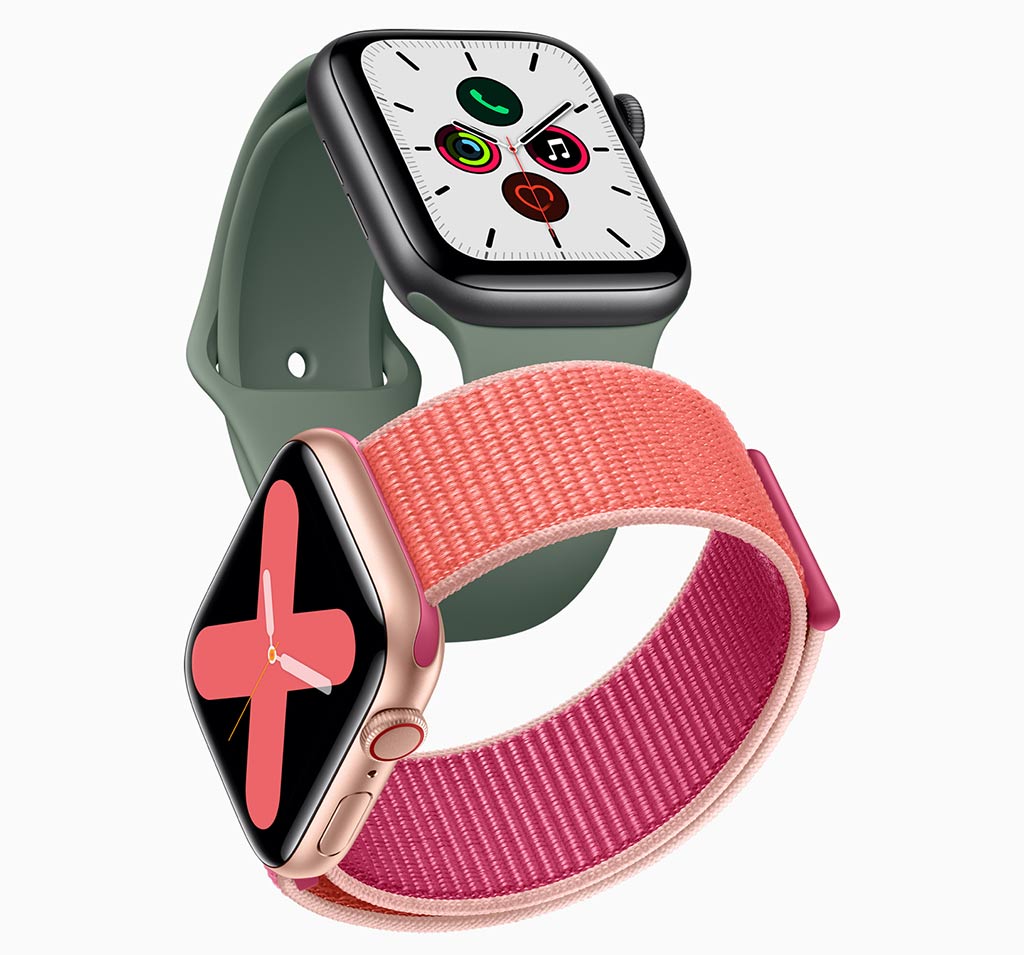 As for the Apple Watch Series 5, don’t expect anything dramatically different here. It’s an iterative upgrade at best, and the main two feature changes are an always-on display and built-in compass. Native sleep tracking? Nope.

We figure it’s nice enough to know the longitude, latitude, elevation and incline of wherever we are, and even which direction the watch is pointing at, but not a whole lot changed otherwise. If you have a cellular version of the Series 5, you get international emergency calling in case you’ve taken a nasty spill in a foreign land.

Other than that, this new watch, also made from recycled aluminum, gives you extra watch faces and some other minor upgrades. If you want stainless steel, titanium or ceramic, you can pay extra for that casing. There are also Nike and Hermes variants you go for. Pricing for the baseline Series 5 watch starts at $529 and creeps up to $2,000 for the Hermes models. 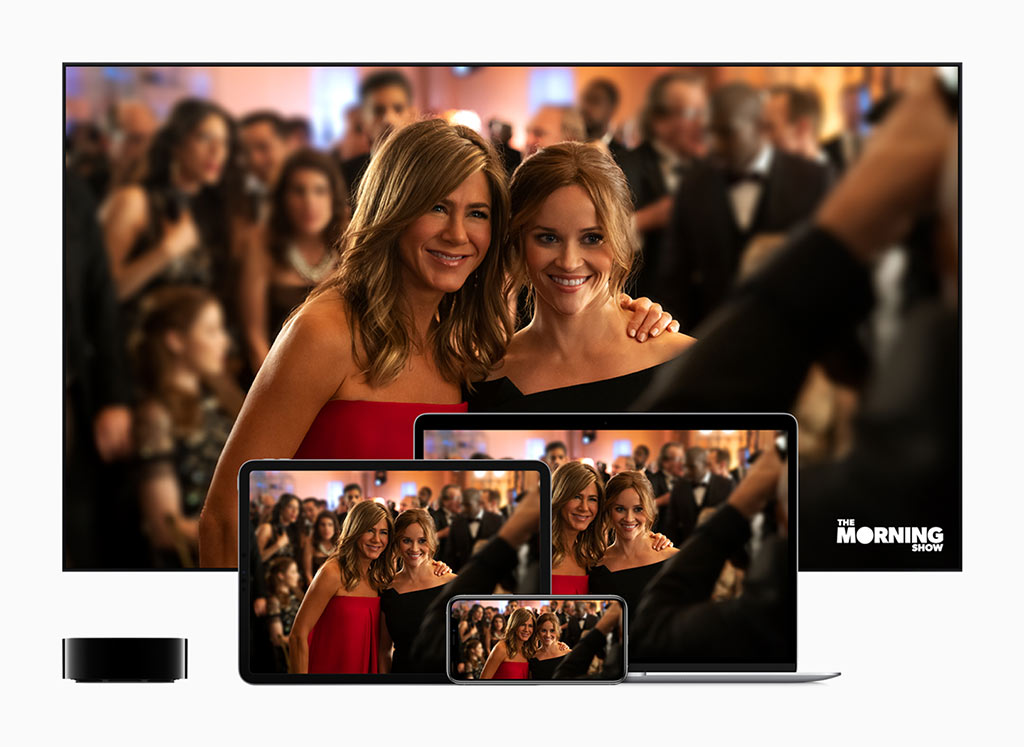 That Apple is doing its own video streaming service isn’t the mystery, it’s how much content it will actually have. The company never confirmed it during the keynote, but it’s pretty obvious there will be no third-party stuff on there. Forget Hollywood, there won’t even be indie flicks to check out on there.

Instead, it will be exclusive, starting with nine shows. It kicks off on Nov. 1 and will cost $5.99/month to subscribe. But wait! If you buy a new iPhone, iPad, Apple TV or Mac, you get 12 months free. The subscription also covers up to six users, so the whole family can binge on whatever they feel is worth watching on it. To get the freebie, you need to activate it within 90 days of your Apple product purchase.

More shows are coming in the months after launch day, but it’s not clear what the schedule will look like yet. You can check out what’s coming first right here. 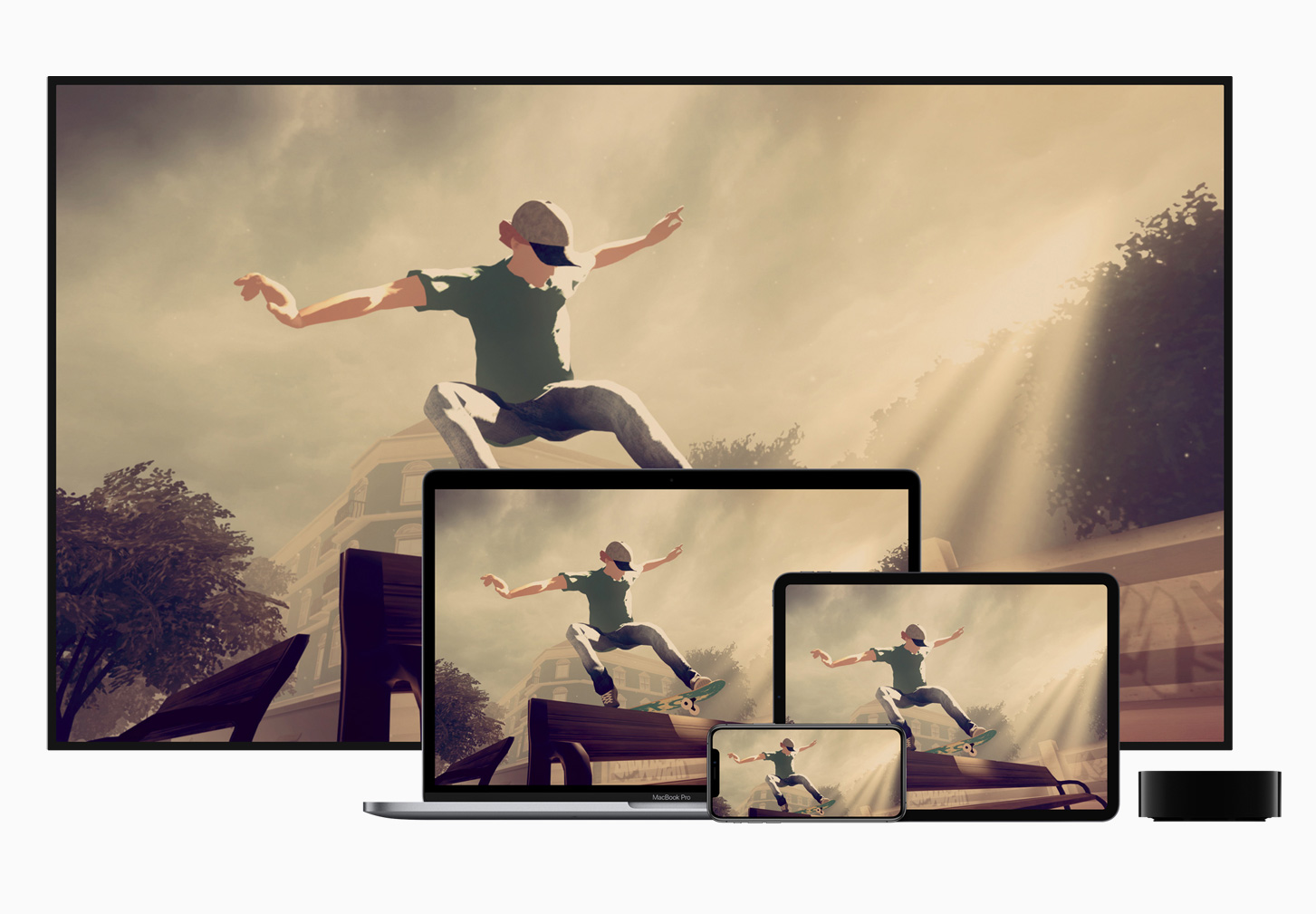 Game streaming is also in the mix, and the new Arcade will go live on Sept. 19. Apple says it will have over 100 games throughout the fall for $5.99/month. Yet again, the subscription covers up to six users, and will work on the iPhone, iPad, iPod Touch, Mac and Apple TV. The one-month trial is there if you want to be convinced first. You can see what’s on tap for it here.