On Friday, November 18th, Apple unveiled their brand new Canadian flagship store in vibrant downtown Vancouver, British Columbia. The completely redesigned flagship goes for grandeur, doubling in size from the original store, with sustainable design enhancements and stunning architectural features. Located at the intersection of West Georgia and Howe streets in the heart of downtown, the two-story flagship faces directly onto the Vancouver Art Gallery through an impressive 32-foot floor-to-ceiling glass panel facade. Allowing a fantastic view both from in and out. Without a doubt, the new Canadian Apple flagship is the first of its kind in Canada.

Unlike literally every other Apple Store in Canada, the new Apple Pacific Centre does not sit inside a mall. Instead, through clever craftsmanship (and semantics), the new store is on the outside of a mall; you could even get away with calling it a standalone structure as the store projects itself out onto the street. Surround the glass facade are 10 magnolia trees from the Pacific Northwest forests and a lush living wall spanning more than 40 feet with 144 species of local plants framing the exterior of the store. The living wall is designed to stay looking lush and thrive all year long, encouraging bee and insect habitats to flourish within. It’s beautiful, it’s good for urban greenspaces and also plays double duty of absorbing exterior heat and traffic noise. Fun Fact Apple Pacific Centre is powered by 100 percent renewable energy.

The cool design features don’t stop with the exterior. Inside the store, the first floor is presented as any other Apple Store, with products on display on clean and minimal wood surfaces. But once you head towards the second level, that’s where the magic happens. Tucked out of sight, around a corner stands a breathtaking 45-foot grand staircase with an overhead glass skylight leading to the second floor. The combination of the stairs, the walls, and the skylight give the space a seemingly unending open feeling, like something out of a cinematic utopian future. Here’s another little factoid for you, the stairs are some of the tallest in any Apple Store. Once on the second floor, there is an open forum-like balcony that looks out through the glass walls upon the city; there is also a large video wall where free Today at Apple sessions take place.

To add some pazazz to the opening event, Apple Pacific Centre hosted a series of creative Today at Apple sessions led by local artists, musicians, and photographers. There was also a special live performance from Vancouver-based multi-talented musician BOSLON (stay tuned for an in-depth interview from us) and Q&A with Apple Music radio host George Stroumboulopoulos. It was a fun-filled event really highlighted local Vancouver talent. 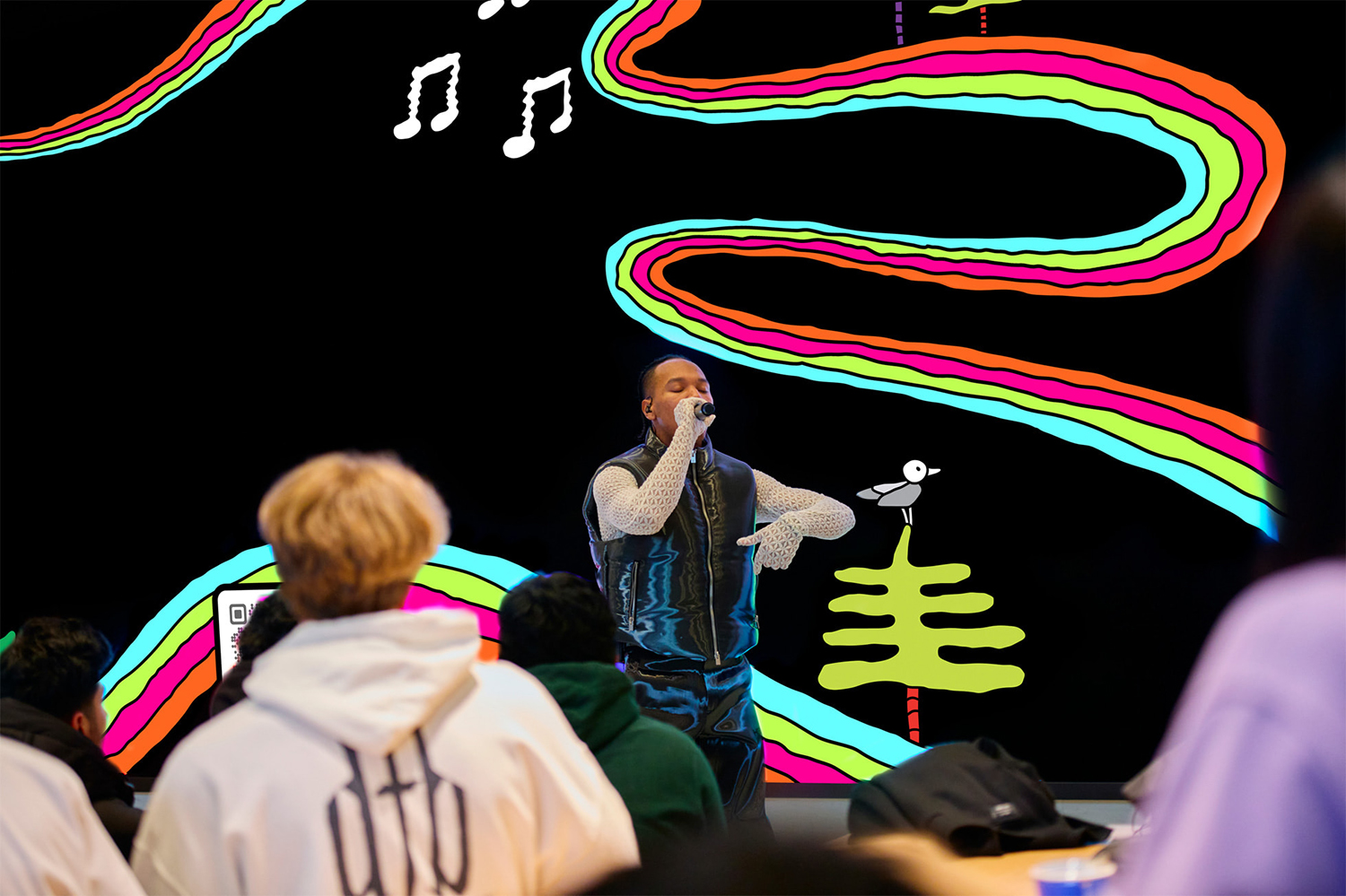 Take a quick tour of the opening of the Vancouver Pacific Centre grand opening below: