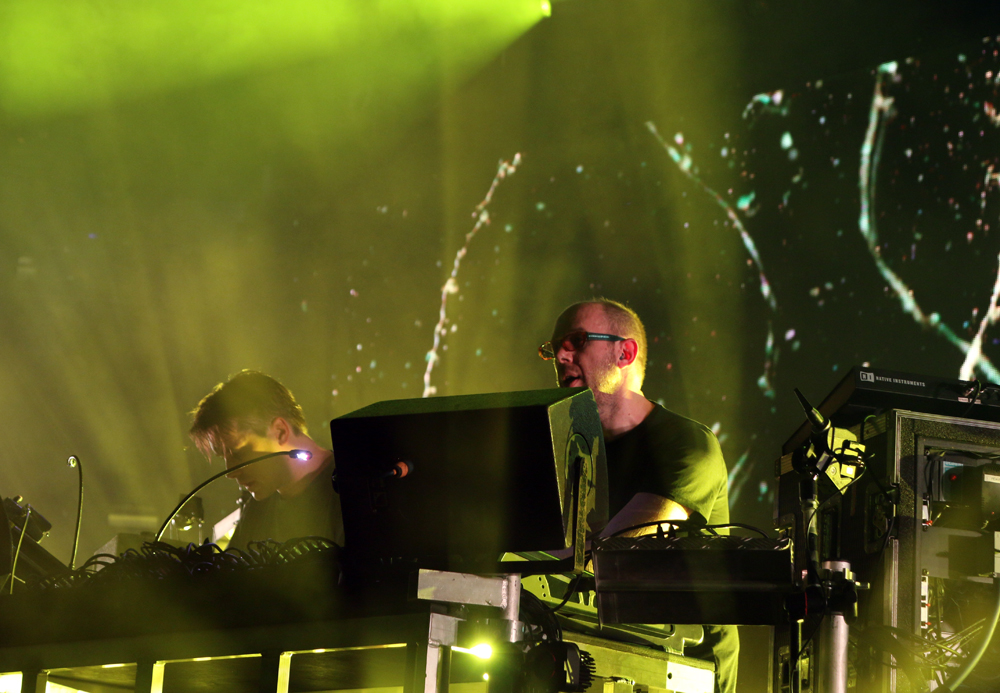 Surprise opener Hudson Mohawke got things started on the sixth rather amazing night of the Apple Music Festival at London’s Roundhouse. The older crowd watched Mohawke, some dancing, some not, knowingly waiting for the headliners electronic legends Chemical Brothers to take the stage.

Before they even arrived, people on the floor were loosing their minds with excitement as the time clock counted down. Ed Simons and Tom Rowlands didn’t waste time talking, offering appreciative nods as they walked on stage, launching right into the electric “Hey Boy, Hey Girl” complimented by the coolest lasers we’ve ever seen. They always deliver in the visual department and this time around the crowd of contest winners were treated to everything from clips of their music videos, to slow motion paint splatters, giant balloons, confetti, a large mirror bowl, and two giant rock em sock em robots that descended down for a moment before the end of their set.

They kept the momentum going throughout the entire set with standouts “Sometimes I Feel So Deserted” from their 1999 excellent album Echo, “Bloc’ Rockin’ Beats,” “Setting Sun” which famously features vocals from Noel Gallagher, leading into “Saturate” really getting everyone moving. Patiently waiting for the robots to descend, after giant balloons and an explosion of gold confetti, they dropped “The Test” taking the rave intensity to the next level as the blue and red robots began moving with lasers shooting out of the eyes and chests.

To say Chemical Brothers are serious about what they do would be huge understatement and to lump them into the EDM category would be absolute travesty. Instead of jumping around and throwing their hands up in the air as most EDM performers do during live sets, they concentrate on delivering a super loud, intensely masterful set of crowd pleasing hits perfected over decades from their round space ship like platform.

Take a look at some photos below and stay tuned for our coverage from Disclosure’s set tonight. You can tune in on any Apple device including Apple Music or iTunes on their iPhone, iPad, iPod touch, Mac, PC or in HD through Apple TV at home! 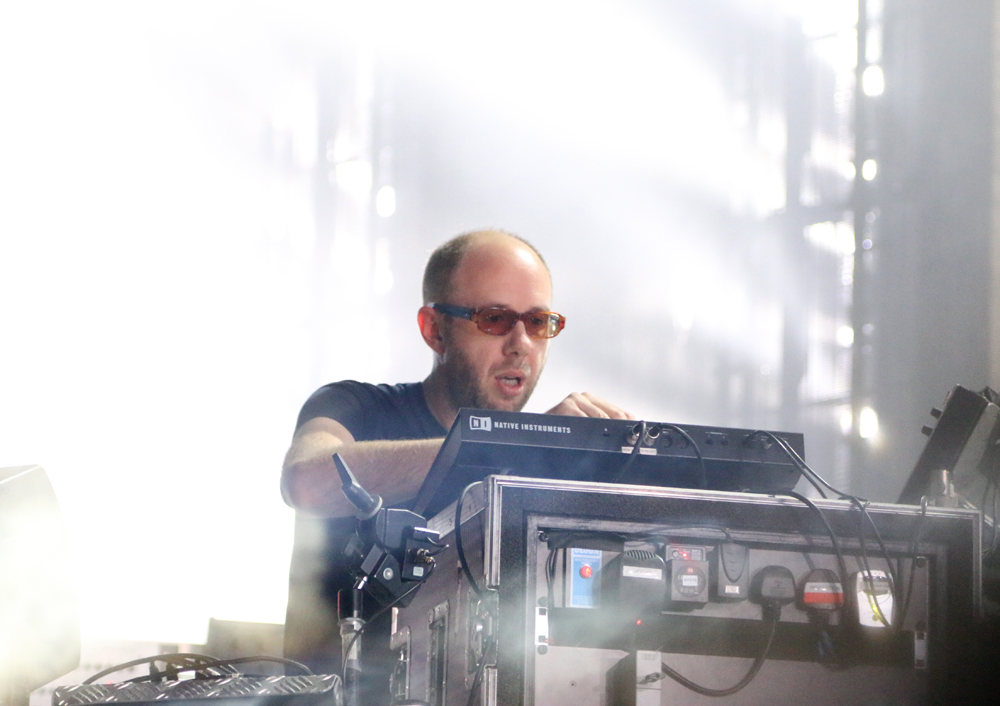 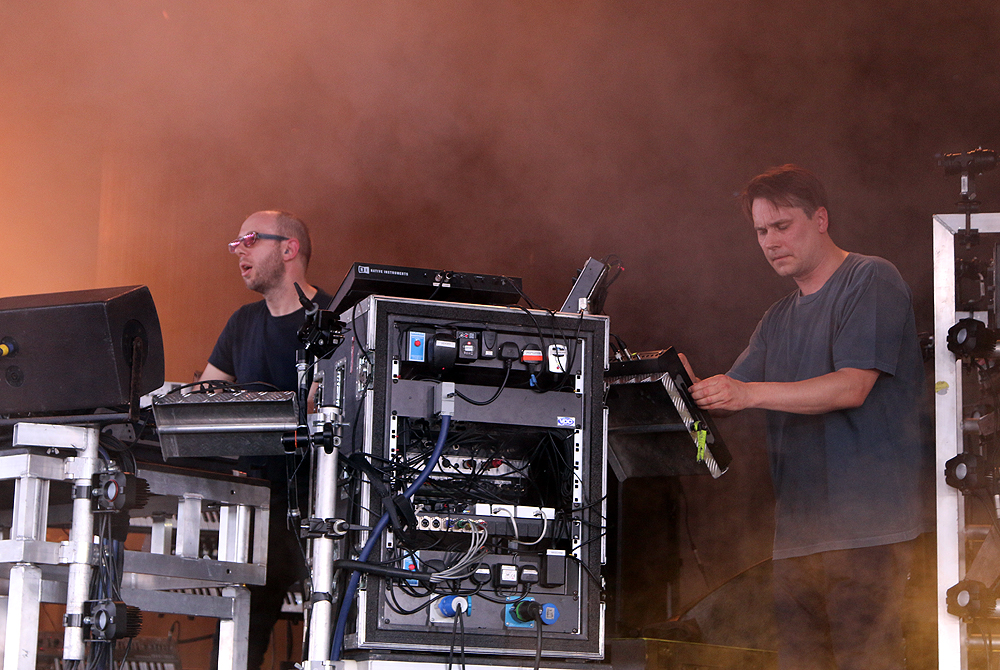