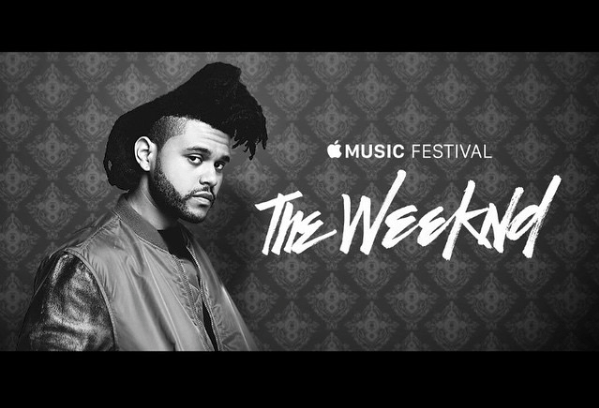 Last month Apple Music announced their continuation of the iTunes Festival, rebranded as Apple Music Festival. The first wave of artists featured such stars as Pharrell Williams, One Direction, Florence + The Machine, and Disclosure, and today Apple announced the second string of artists including The Weeknd, The Chemical Brothers, Take That, James Bay, and Leon Bridges.

The artists announced had the following to say about their involvement in the festival:

“Really excited to be playing our first ever Apple Music Festival alongside an amazing line-up. We had a great time on tour in the UK and are looking forward to playing the Roundhouse in September before we head out to Europe.” – Take That

“We’re really looking forward to this special show at the Roundhouse after a summer of playing live in fields around the world. It’s going to be exciting to be back in London in a brilliant venue for Apple Music Festival. Hold Tight!” – The Chemical Brothers

“I’m thrilled to get to London and perform at Apple Music Festival. Very honoured to be a part of the line-up this year.” – The Weeknd

“The Roundhouse is one of London’s greatest venues. I’ve listened to so many live records recorded from that very stage. So to be able to say I get to play there too is a really big deal for me. I can’t wait for this show and to be a part of Apple Music Festival!” – James Bay

“It’s an honour to share the stage with some of my heroes at this year’s Apple Music Festival. I can’t wait to see all of the beautiful faces. Thanks for having me!” – Leon Bridges

Apple Music Festival will take place at London’s historic Roundhouse across ten nights from September 19th to 28th, broadcasting worldwide on-demand through Apple Music. Check out the current line up below and stay tuned as the rest of the line up is revealed in the coming weeks.