There are few moments in the tech world more important or hotly anticipated than Apple’s Keynote presentation. We had the pleasure of experiencing the event first-hand earlier today, at the brand’s all new 5 million square foot headquarters in Cupertino, lovingly named Apple Park. First imagined by Steve Jobs after his Stanford University, a place which stimulates and encourages cooperation and creativity.

Apple Park is workplace within a landscape. Designed with 100% renewable energy, the worlds largest on-site solar energy installations and the worlds only naturally ventilated building (said to require zero heating or air conditioning for nine months out of the year), further reinforcing the brands commitment to sustainability. Still yet to be completed, Apple Park is also home to over nine thousand oak, redwood, and other native and drought-resistant trees, and 37 types of fruit trees, spread across the extensive parklands which include walking and running paths, an orchard, a meadow, and a pond too!

But back to the Keynote! Taking place inside Steve Jobs Theatre, the presentation got underway, as usual with a few words from Apple CEO Tim Cook who spoke earnestly of Steve’s vision for the future of Apple. Cook also took a moment to raise awareness and encourage donations for hurricane relief through Hand in Hand.

Next up Senior VP of Retail at Apple, Angela Ahrendts announced new renovations underway for the brands untouchable retail experience globally as well as a new programming initiative for their stores called Today At Apple. Those hoping for the new iPhone announcement had to wait through the announcement of the new Apple Watch Series 3, Apple TV 4K as well as the new iPhone 8 before they revealed the first look at what’s next for the brand. After ten years of iPhone innovation, they unveiled the new era with an incredible new device, (appropriately named) the iPhone X (ten).

We had a chance to try out all these products following the event and are excited to share a little about each one below.

This is it “the future of the smartphone.” At a glance the new iPhone X is both physically and more technically advanced than any iPhone before it. Available in a polished silver and space grey at 64GB and 256GB, the iPhone X features an all display design made from the most durable glass in any smartphone reinforced by a surgical-grade stainless steel band. It’s also got a 5.8-inch Super Retina display with FaceID technology to unlock and authenticate payments, wireless charging, an A11 Bionic Chip (the most powerful & smartest chip in a smartphone which performs up to 600 billion operations per second), AR capabilities, a neutral engine, and finally a 12 mega-pixel rear TrueDepth camera (plus 7 mega-pixel front camera). Other camera features include an all new Portrait Lighting feature launching in beta, ƒ/1.8 aperture on the wide-angle camera and a ƒ/2.4 aperture on the telephoto camera, dual optical image stabilization, and 4K video capabilities of up to 60fps and 1080p slo-mo up to 240fps.

You’ll also be able to bring FaceID to life through emojis in iMessage through Animojis, which is probably the most fun feature on iPhone X. The A11 Bionic chip captures and analyzes over 50 different facial muscle movements and animates those expressions in a dozen different emojis including ?? ?? and of course the beloved ?.

At a first glance, the iPhone X might seem like a luxury tech product, especially given the hefty price tag, but when you think about just how much you really can crush out on an iPhone already, these advancements are both as timely as they are necessary for the future.

The iPhone X will be available for pre-order October 27th in over 55 countries and territories and available in store starting November 3rd and is priced starting at $1319 CAD.

iPhone 8 and iPhone 8 Plus

Before announcing the iPhone X, apple announced the next generation of iPhone with the 8 and 8 Plus. Available in an all-new gold finish along with space grey, silver in 64GB and 256GB, the iPhone 8 and 8 Plus also feature a new glass design which is once again water and dust resistant just as the X is, and is also packed with Retina HD Display, the A11 Bionic Chip, all new single and dual 12 mega-pixel cameras, wireless charging abilities, Augment reality optimization and louder stereo speakers.

The iPhone 8 also features the all new Portrait Lighting feature “based on extensive research into the art and science of portraiture and core photographic lighting principles.” This features enables the device to identify a scene, create a depth map and separate the subject from its background in order to create depth for in five different lighting styles that contour the face, create landmarks and add or remove lighting.

Available for pre-order starting September 15th in over 25 countries and territories, hitting stores on September 22nd and is priced starting at $929 CAD.

Apple has also given the watch a huge upgrade yet again reaffirming their new status as the number one watch brand in the world. Apple Watch Series 3 features built-in cellular functionality (which pairs with AirPod), health and fitness enhancements, music streaming capability (starting September 15th, and a faster dual-core processor. Made possible through a built-in eSIM that’s one-hundredth the size of a traditional SIM card, and a new custom wireless W2 chip, you can now make calls, send texts, directly from your Apple Watch with the same number as your phone, without having it nearby. Apple Watch Series 3 will also feature a special new red Digital Crown and an exclusive “Explorer” watch face to effectively show cellular connectivity through its design.

Apple Watch Series 3 will be available once again in 38mm and 42mm size cases (with cellular functionality in Canada for Telus and Bell customers) for pre-order on September 15th and in-stores on September 22nd. Prices start at $519 CAD with GPS + Cellular, $429 CAD with GPS, $429 CAD for the Nike+ edition and $1,519 for the Hermes edition. 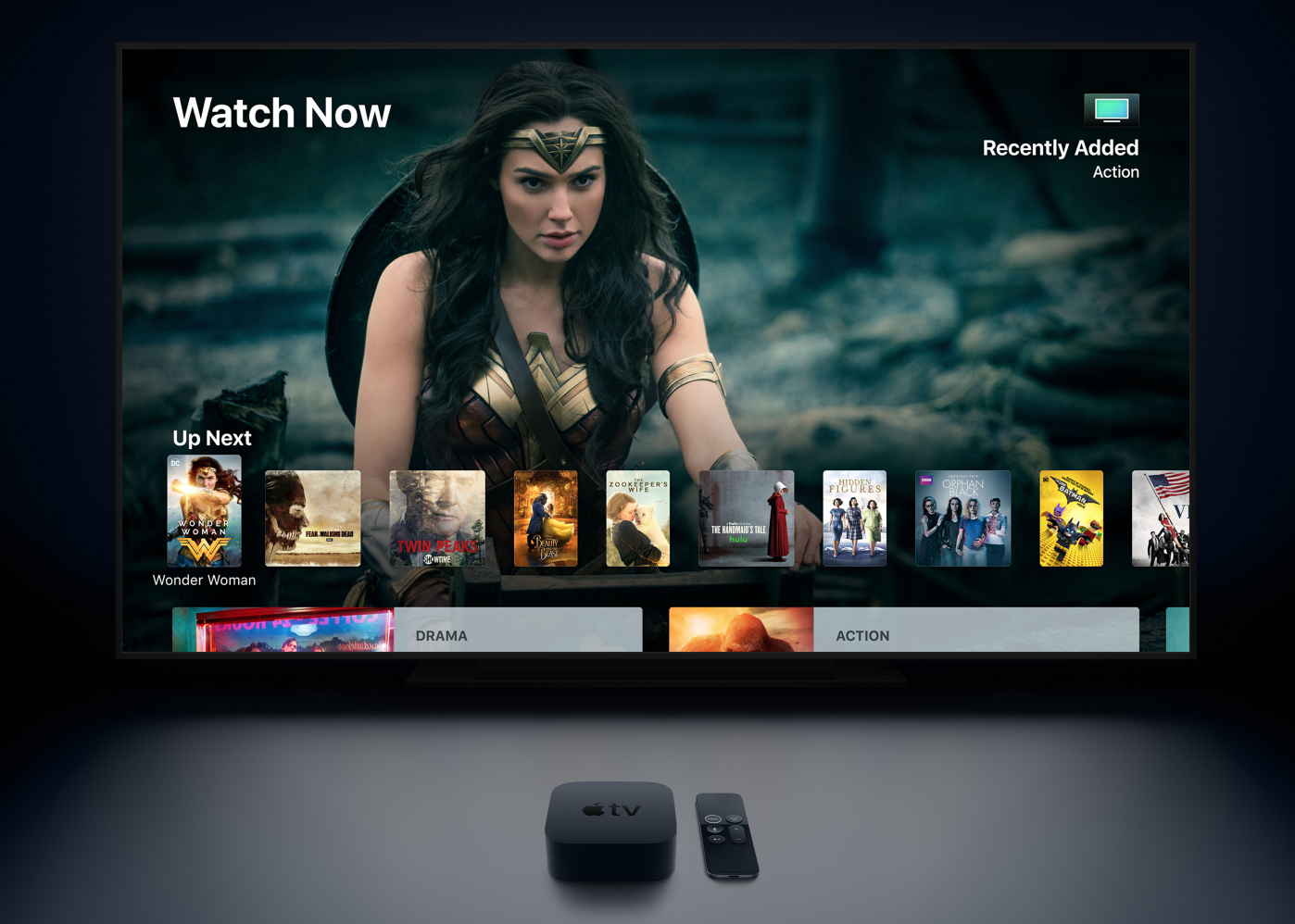 Moving on to home entertainment, Apple announced the Apple TV 4K and HDR for an enhanced home cinema experience. So what exactly does 4K HDR mean? Well for starters, crisper images, vividly rich colours and a super sharp display in both dark and bright scenes for photos and videos. 4K HDR is made possible through the groundbreaking A10X Fusion chip (which you might remember from iPad Pro last year) and will support both Dolby Vision and HDR10 means amazing quality TV and movies on any HDR TV.

One new feature we’re particularly excited about is live sport streaming capabilities. Through the Sports Tab on Apple TV 4k, you’ll be able to watch every live game, without your usual cable connection. 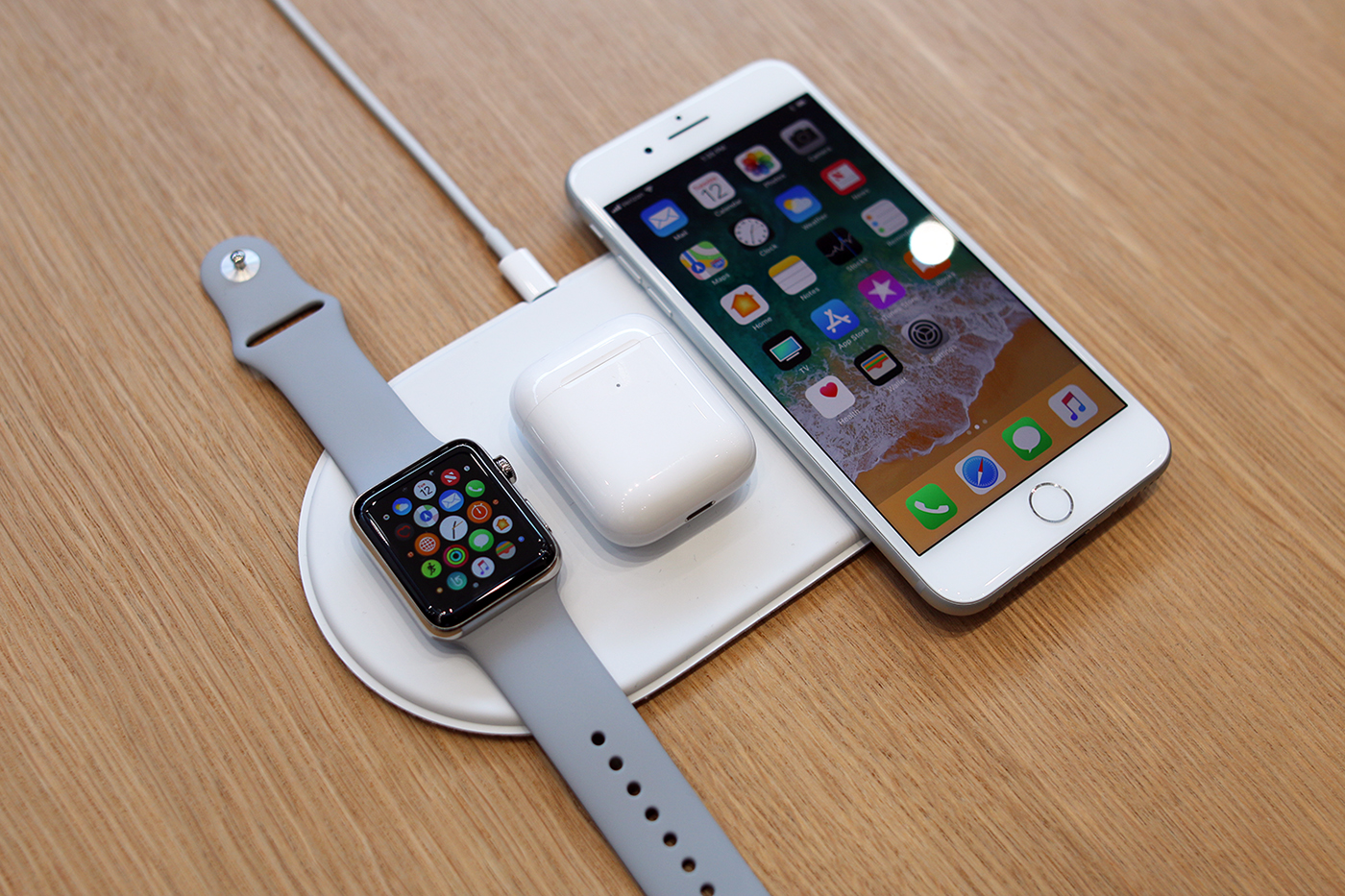 During the iPhone 8 portion of the keynote, Apple announced AirPower, an all new wireless charging accessory set for release in 2018. It will offer a generous charging area that allows space for an iPhone, Apple Watch and also AirPods to charge simultaneously made possible through qi open wireless standard built into new iPhones. For those who are anxious to use the new functionality, Belkin and Mophie are set to release charging devises in advance of Apple’s 2018 release. Imagine never having to pull out a cable to charge your devises ever again!

Stay tuned for hands-on reviews of iPhone 8 and iPhone X closer to the drop.