Talk about a unique time in history! Aside from a global pandemic and resulting economic shutdown and people voluntarily staying home and quarantining, Apple has released a brand new phone that hits one of the friendliest price points for a smartphone ever. Jokes aside, the new iPhone SE from Apple is a powerful device set to introduce a whole new world of users to the Apple ecosystem. With a compact body reminiscent of the iPhone 8 but with the technology of Apple’s top-of-the-line iPhone 11, the return of the home button, and an incredibly reasonable price point, expect to see these smartphones everywhere. Your android-using friends and your parents won’t stand a chance.

Apple’s iPhone SE is a compact beast of a phone, featuring a 4.7-inch Retina HD display, 3GB RAM, the aforementioned home button with Touch ID, and most importantly the best single-camera system ever in an iPhone. We know what you’re thinking, “So what? This phone basically already exists,” and yes you would be right to think that. However, the real coup d’etat here is the processing power in the new iPhone SE. Apple replaced the nearly 3-year-old processor used in their non-Pro models with the A13 Bionic chip that is used in the iPhone 11, 11 Pro and 11 Pro Max. The phone also features a glass front and back with a colour-matched aluminum band. Wireless charging is supported and it features IP67 water and dust resistance so it is pretty durable. This upgrade gives the little phone that could a powerful improvement on many things especially the cameras and battery life while giving the SE a long term lease on life as it would become slow and heavy moving throughout years of iOS updates to come.

Although the SE only has a single rear camera it does pack a punch at 12-megapixels with an f/1.8 aperture, with optical image stabilization, and support for Portrait Mode and Portrait Lighting. The iPhone SE does not feature Night Mode, but there is Smart HDR, with Wide colour support, plus an LED True Tone flash with Slow Sync capabilities. It’s pretty not bad all in all.

When you look at the overall picture (pun intended) the iPhone SE is the most bang for your buck of any Apple phone ever. While it’s definitely not designed for the already ingrained iPhone user who is used to all the bells and whistles that come with any new Apple release, this phone will impress and capture a whole new group of users. Which appears to be the point of the phone, target new customers and conquer any emerging markets. 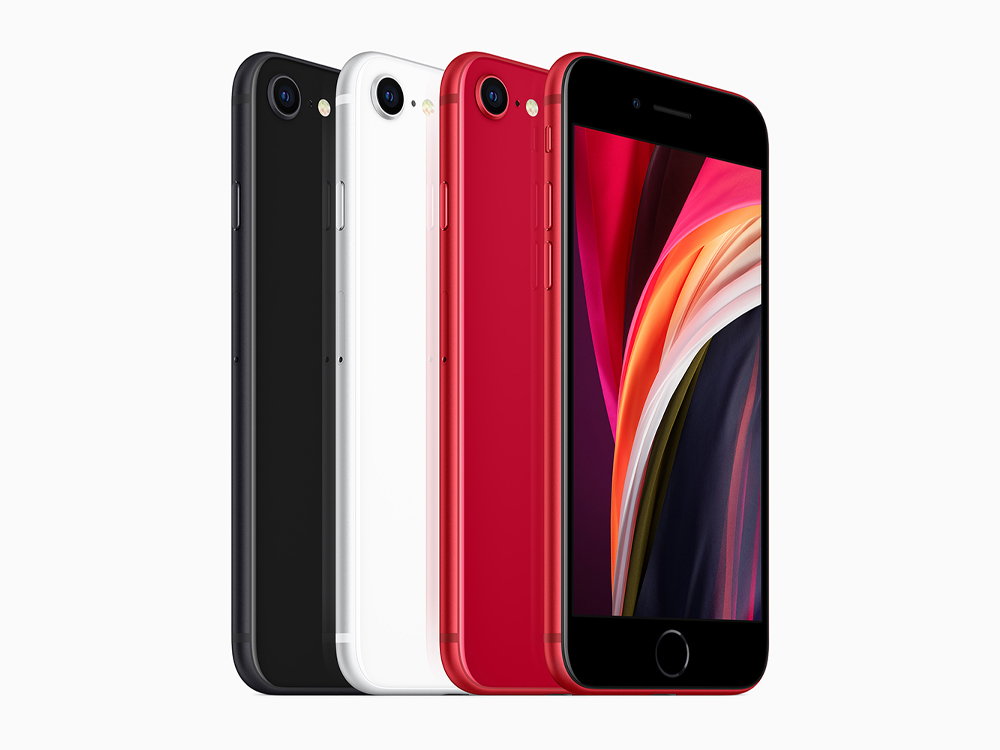 The iPhone SE is available for order now and comes in three colours — black, white and (PRODUCT)RED and starts at a very reasonable price of $599 (CAD).