The special 75-minute performance featured Billie and her brother FINNEAS performing in front of a small audience of diehard fans and select media, while simultaneously being live-streamed across 115 countries via the Apple Music platform. The performance was honest and heartfelt a trait not lost on anyone in the room.  The honest banter and casual conversation between audience and performer showed why Billie has become a musical phenomenon in such a short time and why she took home three of the five Apple Awards for 2019. Oh, plus her music is fire, “duh!”

In addition to receiving top honours as Apple Music’s Global Artist of the Year, Billie also received the award for Top Album of the Year as well as for Songwriter of the Year with FINNEAS for “When We All Fall Asleep, Where Do We Go?”.

As Apple Music global creative director Zane Lowe said when introducing the duo: “There are amazing artists, there are amazing producers… but there are very few who can make us think differently, feel different with every song.” Very true Zane. 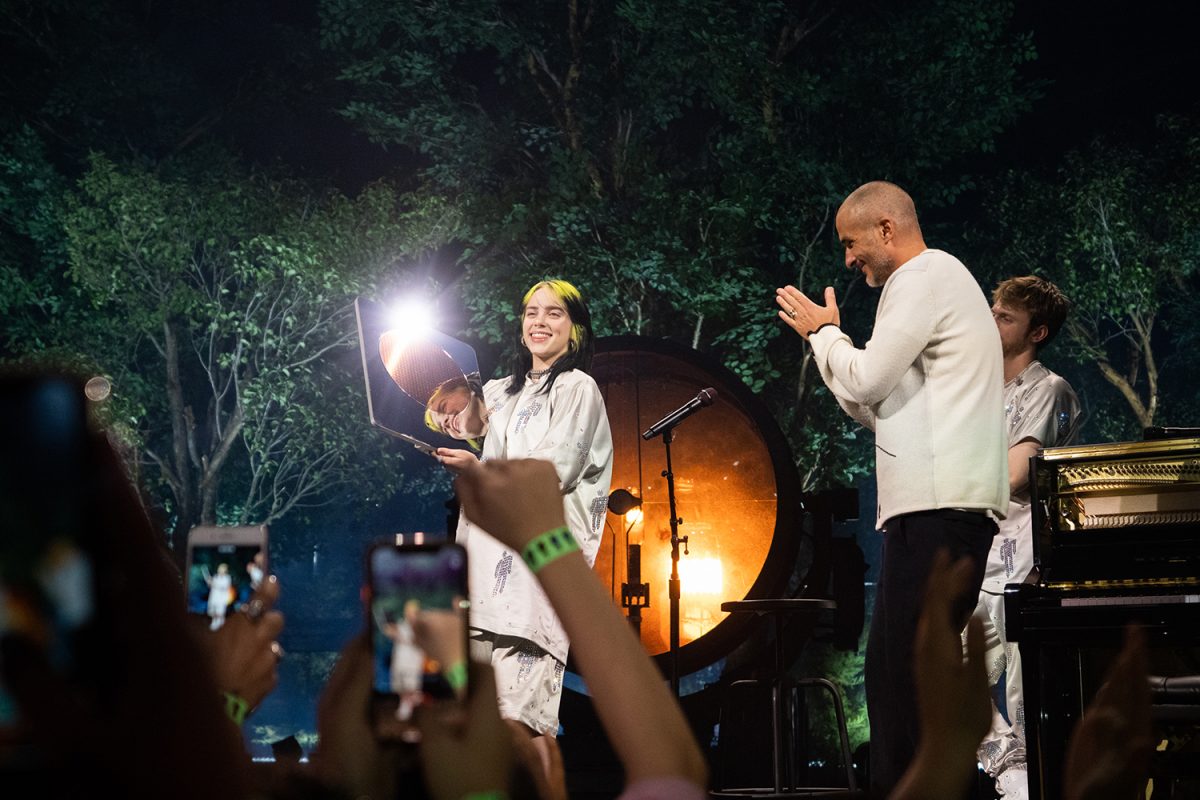 In addition to these three awards, the award for Breakthrough Artist of the Year went to Lizzo, and Song of the Year to Lil Nas X for “Old Town Road.” Neither artist was present at the event. 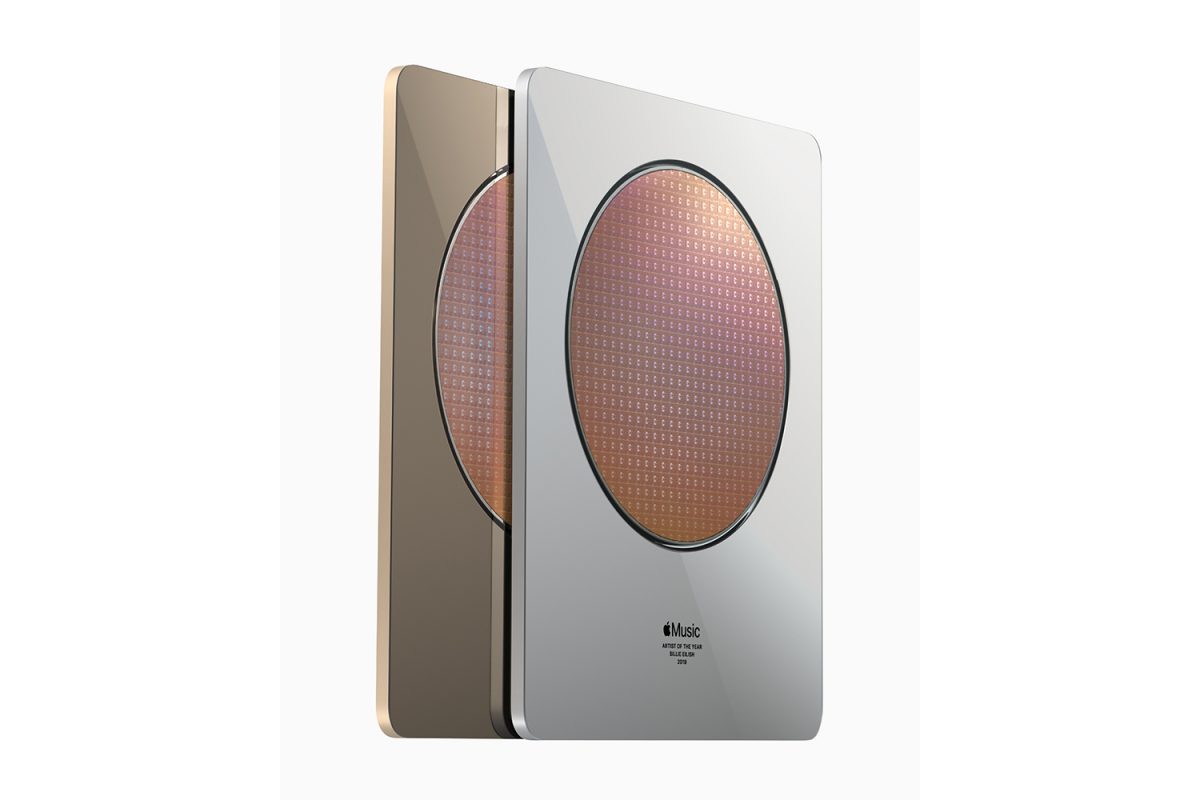 As for the awards themselves, Apple of course out Apple’d themselves by creating a series of awards each featuring Apple’s custom silicon wafer suspended between a polished sheet of glass set inside an aluminum body. It’s a symbolic gesture as these chips are the same ones that power the devices that allow users to listen to Apple Music, and so much more. There is a bunch of cool futuristic technical stuff done to create the unique centre of the award. Four of the awards are gold with the Artist of the Year award coming in platinum. They are also pretty substantial in size, making them a real standout item, especially next to a bunch of other awards. Check the pic above to get some perspective. 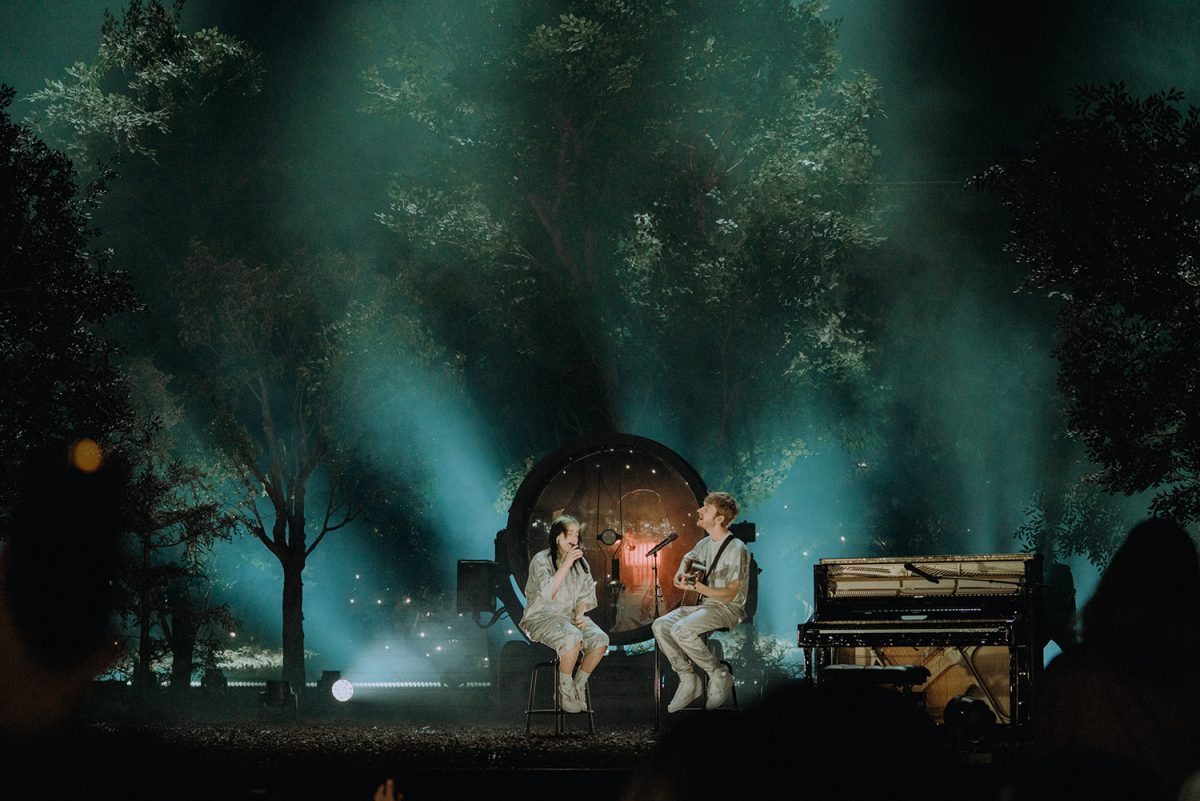 See the full setlist below and then head over to Apple Music now to watch the set for yourself.

ocean eyes
bellyache
copycat
party favor / 8 – billie on uke, finn on guitar
idontwannabeyouanymore
wish you were gay
all the good girls go to hell
xanny
bad guy
ilomilo
come out and play
bury a friend
listen before i go
i love you
everything i wanted
when the party’s over