Apple’s September keynote was full of new devices, headlined by the iPhone 14, plus a trio of Apple Watches and new AirPods Pro.

The iPhone 14 is split into two lines, as has been the case going back to the iPhone 11. You can get the regular iPhone 14 with a 6.1-inch XDR OLED or the iPhone 14 Plus with a 6.7-inch XDR OLED. That bigger one is one of the key differences this time around. For the previous two years (iPhone 12 and 13), Apple released a Mini variant with a much smaller 5.4-inch screen. While the company clearly didn’t do that this time around, you can still get your hands on an iPhone 13 mini.

Both of these iPhone 14 models are the same apart from screen size. That means both get the same new 12-megapixel main camera on the rear, plus a newer TrueDepth front camera with improved focus. Video gets a boost with Acton mode, a way to shoot even smoother footage, especially if you or the subject is moving. 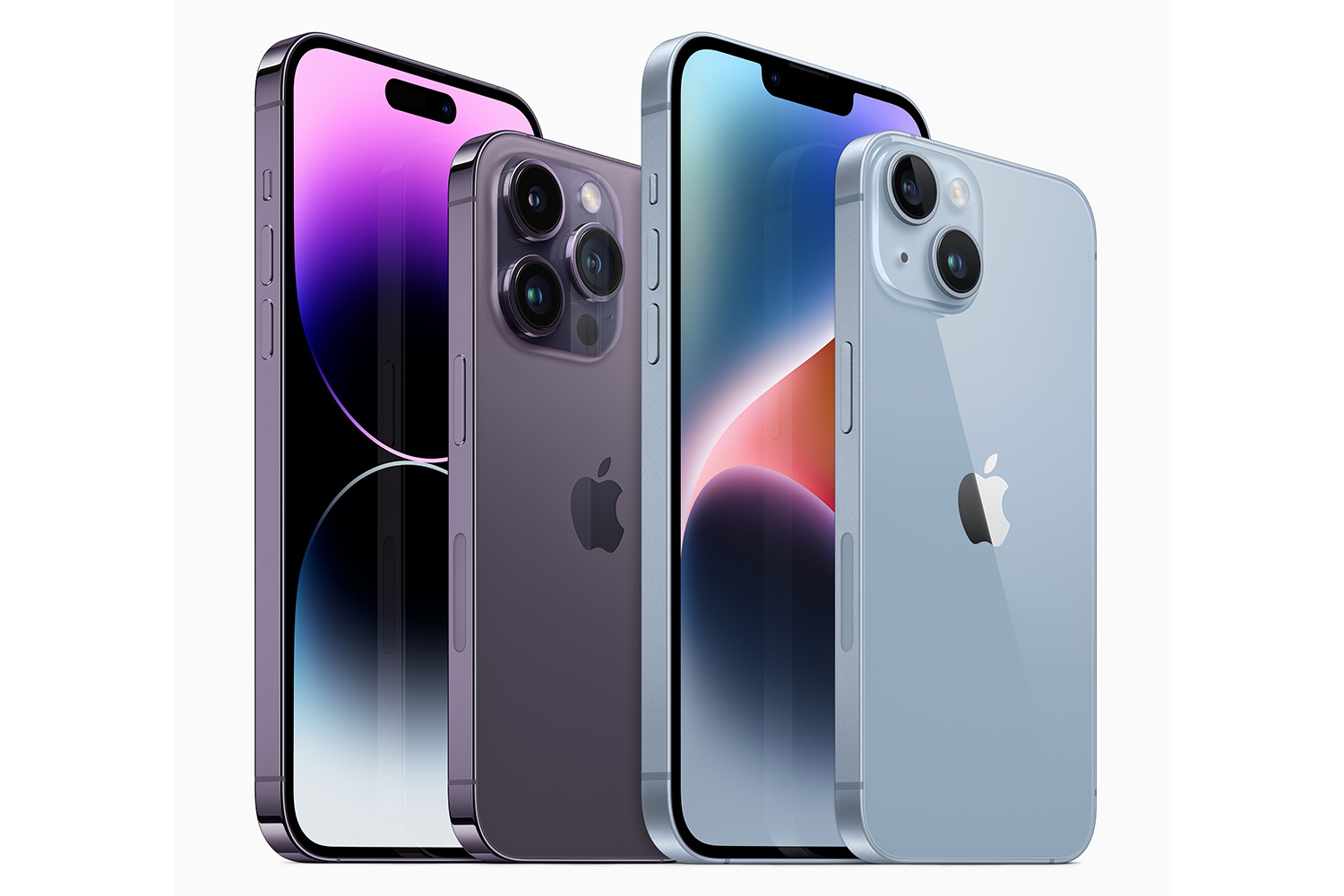 For the iPhone 14 Pro models, the Pro retains its 6.1-inch XDR OLED, while the Pro Max has its 6.7-inch XDR OLED. One of the main differences this time is there’s no longer a notch dropping down from the top of the display. Instead, you’ll get a “Dynamic Island” that not only houses the front camera, but also displays notifications as they come in. It will also let you control certain things, like music playback or recording audio, among other things.

The Pro and Pro Max have a new 48-megapixel main camera, plus improved 12-megapixel ultra-wide and telephoto cameras. If you’re into photography and like processing your own shots, you can shoot in ProRAW to capture shots at the full 48-megapixel resolution. Otherwise, the main camera will shoot at 12-megapixels in most other situations using a method called pixel binning. What that does is combine every four pixels into one larger one, making it a lot easier for the image sensor to capture light. That should result in better low-light and night shots.

Pre-orders started September 9, with the iPhone 14 available starting September 16. The iPhone 14 Plus will be the last to launch on October 7. Both come in the same colours: midnight, starlight, blue, purple and Product Red.

The iPhone 14 Pro models also started pre-orders on September 9, with full availability September 16. Colour options are black, silver, gold and deep purple. Storage goes from 128GB, 256GB and 512GB. There is a 1TB option, but only for the Pro models.

Two key things stand out for all four phones. First, none will have physical SIM cards slots. You can only use eSIM with them, which is common for carriers to offer now, but it won’t be as easy as just slipping a card in like it always was. The second is the Emergency SOS feature via satellite allowing you to communicate with someone without cellular reception. Apple will offer it free in Canada and the United States starting in November for up to two years. 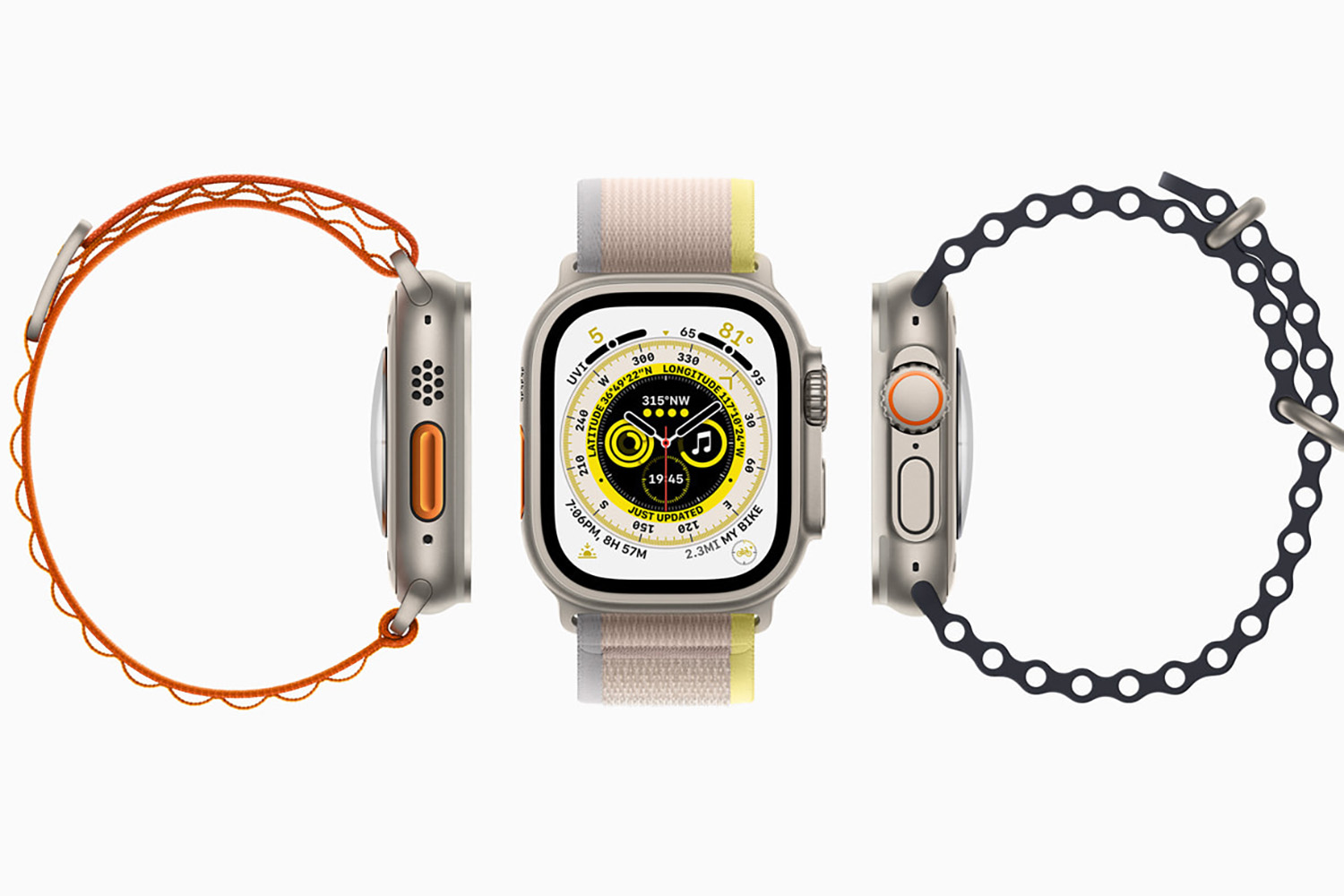 The Apple Watch Ultra is the newest concept for the company’s smartwatches because it aims to attract a truly active crowd. If you’ve ever thought your Apple Watch was too delicate, this one might be more up your alley. The aerospace-grade titanium body maintains the same waterproofing of other Apple Watches, it also has EN13399 protection for diving.

This ruggedized watch comes with a new action button on the corner to go with the familiar side button. To lock into GPS signals even easier, the Ultra will use L1 + L5 GPS, capturing better line-of-sight in cities with tall buildings or other obstructions. There’s even a loud 86dB siren in case you’re lost and need to attract someone’s attention for help. Or you could use it if you’re unfortunate enough to be in a tense or potentially dangerous situation.

Battery life is better at up to 36 hours per charge, which is okay, but not as long as competing smartwatches targeting the same active crowd. Apple says it will release a battery optimization software update sometime in the fall that will extend it to 60 hours when you put battery saver on.

The Ultra will come with different strap options, like a weaved alpine loop with titanium loops, an ocean loop for swimmers and divers, and a trail loop that is thinner than the other two.

The Apple Watch Series 8 is an incremental upgrade with a few new things. A skin temperature sensor also includes women’s health tracking, like menstrual cycle and ovulation. As of iOS 16 on the iPhone, women can get a notification telling them if there’s been any change or deviation in their cycle.

The other new features is Crash Detection, meant to recognize if you’ve been in a collision and automatically call 911 when you’re unresponsive. It will do this, no matter if you get rear-ended, roll over or slammed in the front or side. This mode stays on even if you put Low Power Mode on. LTE versions of the Series 8 will support roaming on their own, but it’s not clear yet how that will work with Canadian carriers who want to roam while travelling.

Last up is the Apple Watch SE, the entry-level smartwatch that now gets a display 30% larger than the Apple Watch Series 3. Not too much changed here, save for a newer back made with nylon composite, plus support for the Emergency SOS and Crash Detection features. 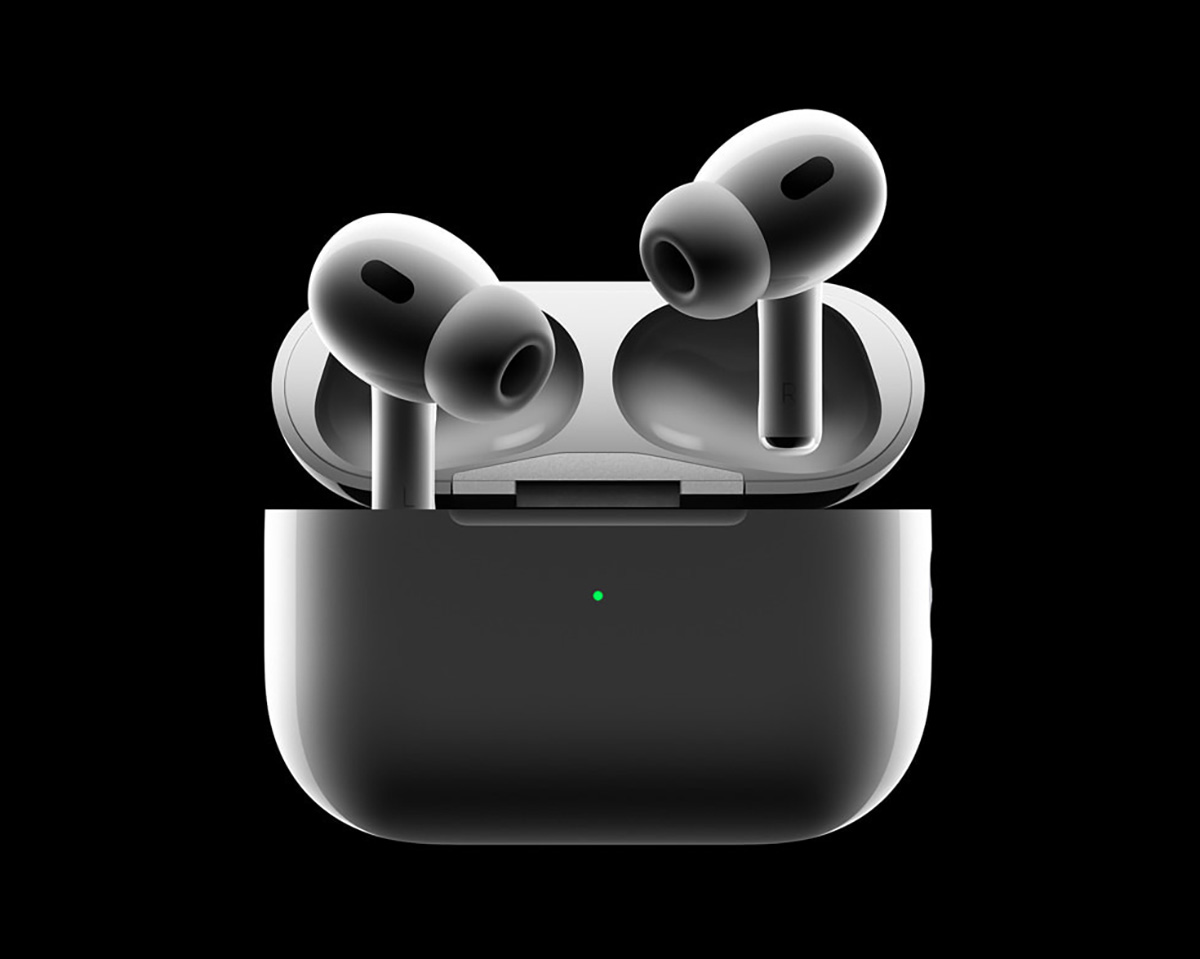 The AirPods Pro (2nd Gen) look similar to the previous ones, but Apple did make some changes that should see them play differently. If you liked the active noise cancellation of those, Apple says it can double your silence by blocking out even more of the ambience around you. And when you want to hear things by turning on Transparency, a new Adaptive mode will cut out the really loud and obnoxious sounds without affecting what you’re listening to. As for those noticeable stems, slide your fingers up or down to adjust volume.

Spatial audio comes back and said to be clearer when you want to use it for music, shows or movies. It’s not clear how much better music will sound, generally, though you do get an extra hour of battery life. You should get up to six hours of listening time with noise-cancelling off, whereas it will be less if you leave it on. It also depends on what volume you’re listening to everything at. The case does throw in an extra four charges, and if you’re worried about misplacing the case for whatever reason, the Precision Finding feature will help you find it. Or you can loop the lanyard around the built-in loop and keep them attached that way.

Here are pricing and storage options (all prices CAD):