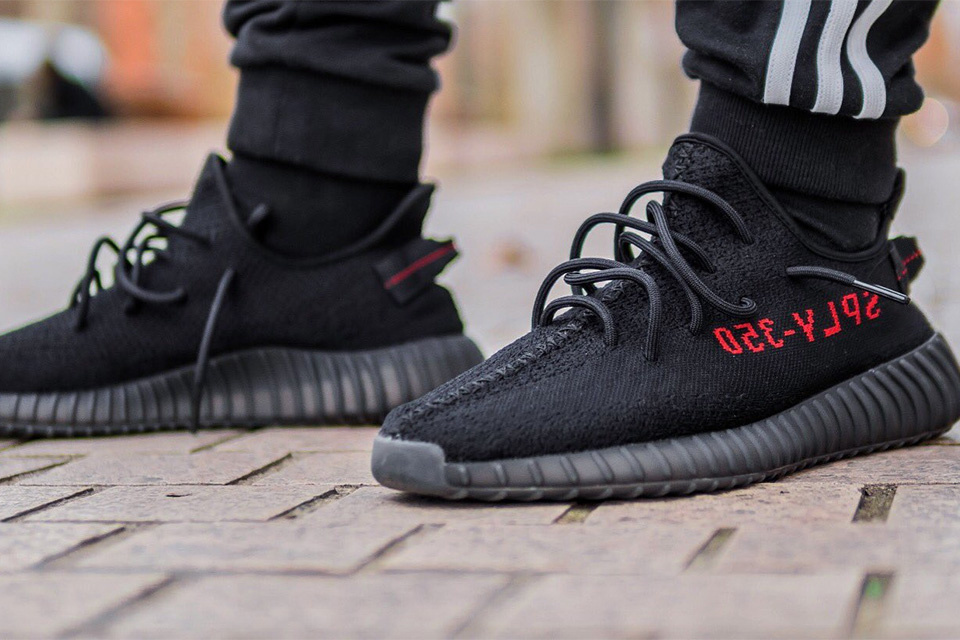 The “Black/Red” Yeezy Boost 350 V2 already released, but according to some photos from Yeezy Mafia, there could be a new version on the way very soon. The photo evidence suggests these ones will be similar to their predecessor, except without the solid stripe that we’ve seen on all versions of the V2’s so far and instead just red text that reads “SPLY-350” on a black background. There’s also a heel pull tab that you might recognize from the original 350’s.  Check out a side-by-side comparison of the two below, and keep and eye out for the release date if you want to try to cop.