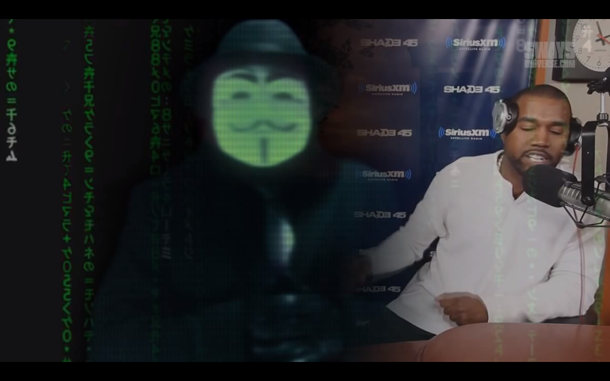 In a surprising and turn of events someone claiming to be the international activist and hacker group, Anonymous, released a video this morning targeting Kanye West. The authenticity of the video isn’t confirmed, but the seven minute clip is narrated by a man wearing the traditional Guy Fawkes (V for Vendetta) mask, the official symbol of the group. The video goes hard, calling out Kanye’s Grammy incident, Kim Kardashian, the way in which his daughter North West is being raised and much more. The questions him for his lack of respect, his many contradictory statements and his often uncalled for outbursts. The video goes hard and gets personal.