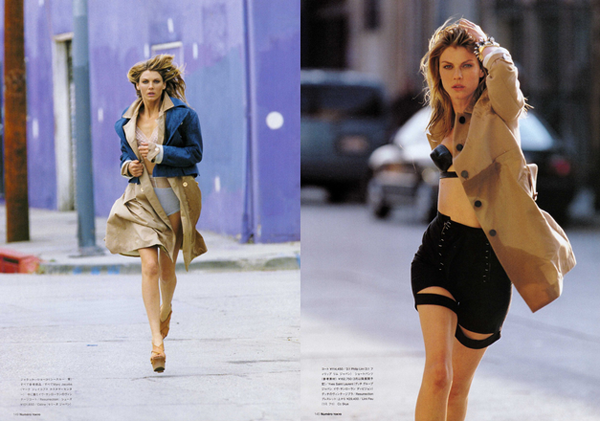 Angela Lindvall takes her underwear and outwear for a run in this Numéro Tokyo editorial called en-trenched Angela. Photographed by Hans Fleurer and styled by Heathermary Jackson, the shoot takes the underwear as outerwear trend to the streets with some stylish trench coats (for modesty’s sake), fabulous belts and thick wedges. 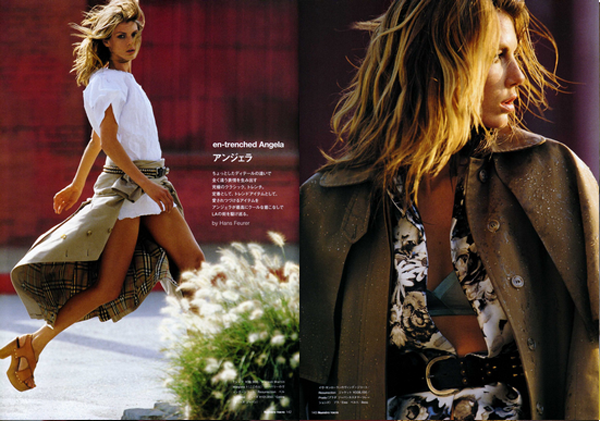 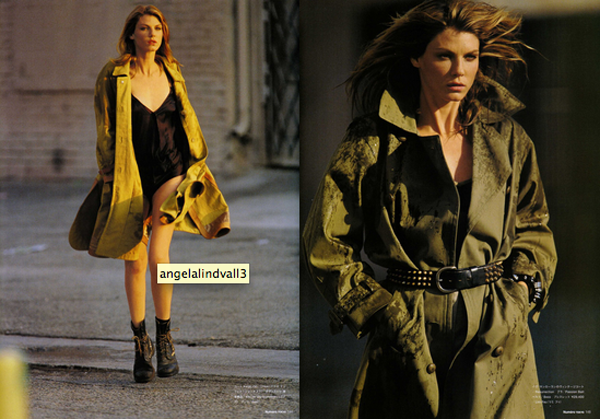 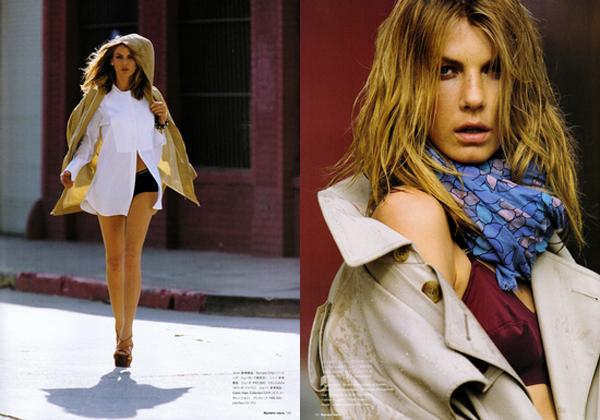